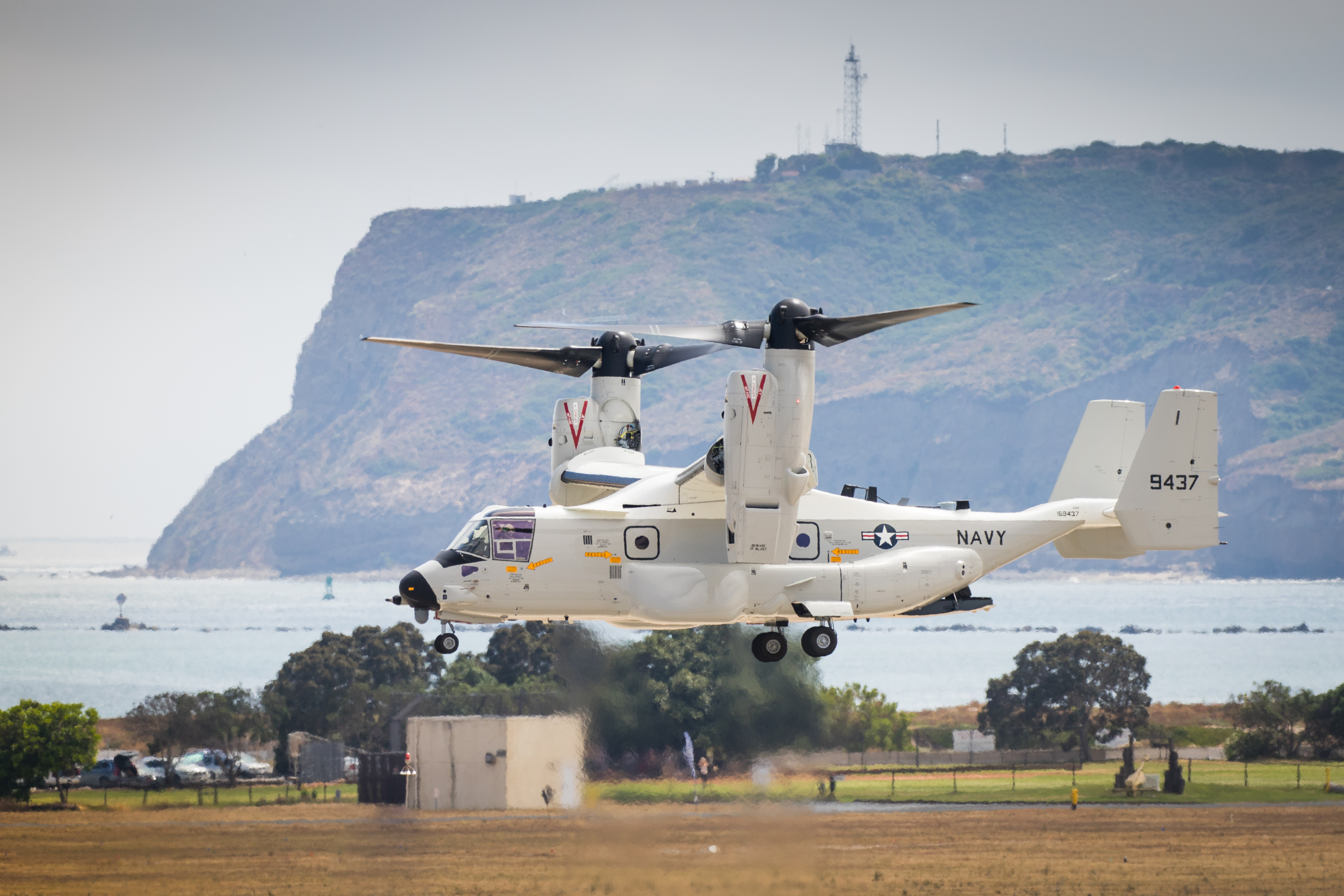 The CMV-22B is no more a replacement for the C-2 Greyhound, than the MV-22 was for the CH-46.  The MV-22 covered the functions of the CH-46 for the Marine Corps but represented a disruptive change which has transformed the USMC and its operations.

When I met with Vice Admiral Miller, the Navy Air Boss in February of this year, we discussed how the carrier strike group was moving from what might be referred to as the integrated air wing to the integratable air wing. In that interview, Vice Admiral Miller highlighted how the Navy was looking at the coming of the Osprey. It is a different aircraft, and the question will be as it operates effectively in its logistics mission, what other contributions might it make to the fleet?

So how should the Navy operate, modernize, and leverage its Ospreys?

For Miller, the initial task is to get the Osprey onboard the carrier and integrated with CVW operations. But while doing so, it is important to focus on how the Osprey working within the CVW can provide a more integrated force.

“Vice Admiral Miller and his team are looking for the first five-year period in operating the CMV-22 for the Navy to think through the role of the Osprey as a transformative force, rather than simply being a new asset onboard a carrier. Such an approach is embedded in the rethink from operating and training an integrated air wing to an integratable air wing.”

A measure of the change from the C-2 to the CMV-22B is that the Naval Aviation Warfare Development Center at Fallon Naval Air Station is already anticipating the arrival of the CMV-22B within the fleet and are looking within their focus on training the integratable air wing to the coming of the new aircraft. To be clear, the C-2 has never been part of NAWDC or its predecessors.

I had the chance to see the CMV-22B at the reveal ceremony held in Amarillo, Texas on February 7, 2020 where I first met Capt. Dewon “Chainsaw” Chaney, the Commander of COMVRMWING (or Fleet Logistics Multi-Mission Wing), and most recently I visited his command in North Island, San Diego on July 13, 2020.

As Captain Chaney put it in his address to the audience at the reveal ceremony in February 2020: “CMV-22s will operate from all aircraft carriers providing a signiﬁcant range increase for operations from the Sea Bases enabling Combatant Commanders to exercise increased ﬂexibility and options for warfare dominance.

“If you’re in a ﬁght, it’s always good to have options! Every month following the ﬁrst initial deployment, there will be a CMV-22 detachment operating with a US aircraft carrier somewhere in the world.”

During my visit to North Island in July 2020, I had a chance to discuss the way ahead with “Chainsaw” for his command in terms of putting the Osprey squadrons in place.

The first squadron VRM-30 was stood up prior to the creation of the Wing and its first aircraft arrived in June 2020.   Captain Chaney then noted that this October, the fleet replacement squadron, VRM-50, will be stood up. It will take this squadron two years until they will be able to train new pilots.

The counterpart to VRM-30 will be VRM-40 but all three squadrons will be under the COMVRMWING. The third squadron will be based on the East Coast.

Captain Chaney concluded: “I do believe that the Navy is really going to appreciate the capabilities that the CMV-22 is going to bring to the strike group, and they’re going to want it to do more.”