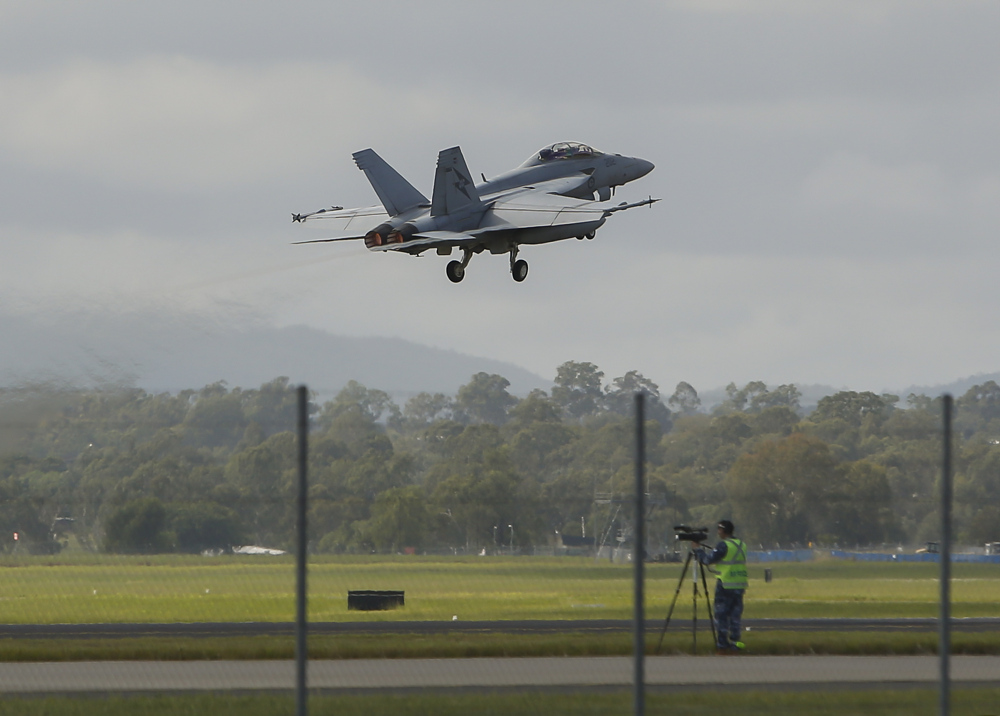 Aircrew from No. 1 Squadron, will be providing a quick reaction force as part of the Australian Defence Force (ADF) support to the Queensland Government for the 2018 Gold Coast Commonwealth Games.

F/A-18F Super Hornet aircraft will be on alert to respond to any incursion of the airspace for the duration of the Commonwealth Games to ensure the safety of the athletes, delegates, visitors and people of the Gold Coast.

The Super Hornet aircraft are from No. 1 Squadron, Royal Australian Air Force (RAAF) based at RAAF Amberley west of Brisbane.

The ADF’s support to the 2018 Commonwealth Games is part of the Whole of Australian Government contribution to the security of the Games.

Defence has extensive experience providing security assistance to major national events including the G20 Leaders’ Summit in 2014, the 2000 Sydney Olympics, the 2006 Commonwealth Games in Melbourne, and other major sporting events.

The featured photo shows a Royal Australian Air Force No 1 Squadron F/A-18F Super Hornet takes off from the runway before conducting a flyover mission in support of the 2018 Gold Coast Commonwealth Games.  Credit; Australian Department of Defence.

This article was first published on April 5, 2018.