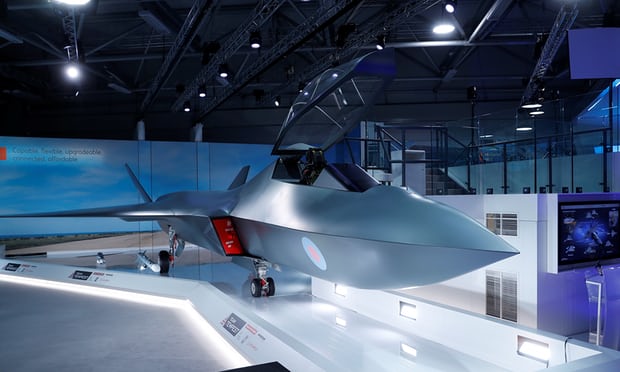 During my time in Canberra during August 2018, one key point of conversation was the question of the impact of the evolution of Europe on Australian policies, and policy flexibility. The uncertainty hanging over Europe with regard to Brexit and the UK’s role in Europe, plus the centripetal forces operating on Europe, raised fundamental questions of the nature of European policies and defense capabilities going forward in the decade ahead.

It is clear that the Australians are looking to diversify their alliance relationships, even while maintaining the central relationship with the United States, clearly Japan and Europe are more important but the dynamics of change affecting Europe is a key variable affecting Australian options.

The presentation by Air Marshal S D Atha, Deputy Commander of Operations for the RAF, avoided a discussion of Brexit or Europe more generally.  What he focused on was the strategic shift from the land wars to engaging with peer competitors.  He underscored how the flexibility demonstrated by Western airpower over the past decade and a half in the counter-terrorism operations in the Middle East actually has led to a de-emphasis on the core function from a national point of view, which is deterrence of a peer competitor, and in the British case this was clearly Russia.

He noted that with the celebration of the 100thanniversary of the RAF, the refocus on the deterrence mission was central to British thinking.  The RAF is engaged in a number of Article V activities such as air policing in the Baltics and most recently in Romania.  He underscored that the ability to forward deploy and support allies provided for a key deterrent function, mainly, to deflect adversary actions.

He argued that deterrence obviously required have a punishment capability associated with it, and although he did not use the term crisis management, he clearly had in mind the key role of an ability to deny adversary objectives. Airpower played a crucial role in this function because of its ability to operate rapidly and over distance.

He argued that the RAF and the RAAF now flying common platforms, notably the F-35 and the P-8, could enhance their interoperability.  The two Air Forces had much in common, including historically.  But moving forward they shared some common approaches to deterrence as well.

He did distinguish between the two air forces with regard to the question of building a fifth-generation force.  The Aussies are clearly moving from 4thto 5thgeneration and rebuilding their force around the new F-35 capabilities; according to the Air Marshal, they thought this put too much emphasis on a single platform and they will be flying Typhoons for several years as well as working on building a new air platform as well.

The Air Marshal emphasized a number of key capabilities which needed to be enhanced in the period ahead to have a more effective deterrent structure.

First was an ability to have much more effective mobile basing.  With the coming of the F-35B as well as the Queen Elizabeth carriers, a new approach to mobility was being injected into the RAF.

Second, how best to interconnect 5thgeneration aircraft with 4thgeneration aircraft? The RAF clearly has an approach evolving between Typhoon and F-35 but the overall challenge will be to shape ways for overall force capabilities to be enhanced as the new air system is introduced.

Third, from a deterrent perspective, how best to ensure that coalition forces can work together in a networked environment?

He did not put it quite this way but the question on the table certainly with regard to crisis management is how does C2 work with a coalition force of variant possibilities?

Personally, I think this question is a key one, but I also think that the fifth generation forces will do operations separate from those allies which simply do not have those capabilities, not the least of which such a force can deliver much more lethal impact with significantly less deployed force than can a legacy one.

At the last seminar, Air Chief Marshal Stephen Hillier provided an overview of how the RAF sees the way ahead with which Air Marshal Atha provided a very helpful update.

At the last seminar, Hiller highlighted a number of key challenges for the way ahead:

But then as I said right at the start, I don’t believe that what I’ve described can be bracketed within a particular geography.

“The challenges I’ve described are truly global and truly common to us all. I believe that airpower’s inherent characteristics and capabilities make it especially able to respond effectively to those challenges.”

A clear driver of the shift is that airpower advantage will have to be fought for and not assumed.

And his way ahead focused very much on leveraging what new platforms we are acquiring but to build out from them to shape new ways ahead to regain strategic advantage.

“But the asymmetric advantage airpower has given us for the last three decades at least, is narrowing.

“The integration into our air forces of fifth generation capabilities such as the F-35 Lighting will only redress the delta to a degree.

“Of equal importance in maintaining our combat edge is this ability to manage vast amounts of information, and make decisions more quickly and more accurately.

“Technological developments will be a key element in ensuring that the lever of the best possible output from our air and space platforms, but our C2 structures, processes, and approach to information sharing will be a decisive factor.”

Despite the similarities between the RAF and the RAAF, there is a clear difference with regard to their approach to fifth generation aircraft, at least in terms of how policy is stated.

For the RAAF, the F-35 is being leveraged to configure a very different force and they are not looking to the next generation tactical aircraft.  They may well consider ways to deploy longer range strike on a new platform, whether it be a bomber or something like an A400M.  There focus is clearly on fifth generation enablement of an offensive-defensive strike enterprise.

For the RAF, the government is already shaping a new air combat strategy built around another tactical fighter.  This will be challenging on several dimensions, but the Aussies prefer to invest in ADF force integration and development rather than a next generation fighter.

The newly announced air combat strategy raises a number of questions for Britain, for the RAF and for working relationships with the RAAF as well.

With Brexit and the current European dynamics, how will the UK air combat strategy interact with European initiatives?

How will the UK leverage Typhoon and shape a post-Typhoon strategy?

How will the UK leverage the launch of its new carrier and the coming of the F-35 to shape a way ahead for a 21stcentury air combat strategy?

Will the new Air Combat Strategy live up to the legacy of Air Marshal Dowding and his focus on the right concepts of operations for the RAF to deal with evolving threats and challenges?

Which global partners might join this project and what manner?

In short, given the strategic context, how realistic is the project as announced?

Put in stark terms, the Aussies are retiring their fourth generation aircraft; the RAF is modernizing them.

The RAF and RAAF are on complimentary path in some dimensions but a divergent one on others.

Britain is a nuclear power; Australia is not and this has an impact as well on approaches to deterrence of an authoritarian adversary.

It is clear that the British contribution to the Williams Foundation seminars has been a steady and important one over the past few years and will provide an important input to Australian thinking about the way ahead with regard to their own approach to deterrence.

We have provided a comprehensive look at the context and an assessment of the challenges in our report on the UK Air Combat Strategy, which can be purchased below: