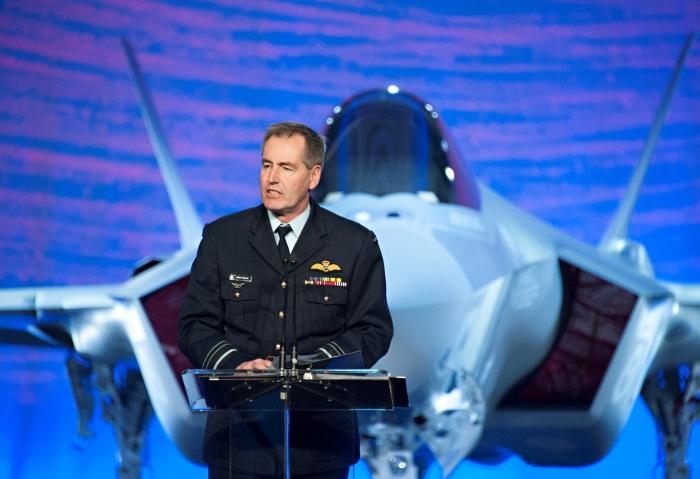 I first visited Australia in 2014 in order to attend and to write a report for the Williams Foundation on their seminar on airpower in 2025.

The keynote speaker was clearly going to be Air Marshal Brown, the head of the RAAF, and one of the key subjects on the table was Australia and its decision to buy the F-35.

The Aussies had already added a new tanker, a new airborne command and control aircraft, were on the way to becoming a C-17 enabled force but the question of the nature of the tip of the spear remained up in the air.

They had purchased Super Hornets and with their AESA radars had already led to changes in how the force was handling that data, but the aircraft was not designed to operate in contested airspace in a higher intensity warfare.

The Australian defense leaders clearly grasped that their time in the Middle East was ramping down and that the dynamics of change in the region would require them to optimize their force for higher intensity operations in the region.

I remember this conference quite clearly because it was a public discussion of why make the transition from the Super Hornet as a the tip of the force for the RAAF to the F-35.

Why was such a transition considered by the COS of the RAAF to be so important?

In his presentation at the seminar in 2014, this is how he addressed this question.

With so much capability inherent in generation 4.5 fighters, it has been often asked why do we need 5th generation?

The answer to this is simple: we need to ensure we conduct tomorrow’s air combat operations with tomorrow’s capabilities.

Historical examples highlight loud and clear that today’s technology won’t be suitable in 2025, and certainly not in 2035.

Part of the answer in his view lay in the INABILITY of the 4thgeneration fighters to operate in the strategic environment of 2025.

Importantly, it tells us that technologies will have evolved markedly by 2025, making it essential to acquire capabilities with future growth. 5th generation capabilities, such as the F-35 Joint Strike Fighter, offer a quantum leap in air power capabilities over their compatriots,

The missions they will undertake may not be new, but the capabilities 5th generations fighters bring will vastly change the character and effectiveness of how the missions are undertaken.

He also argued that a core capability built into the F-35 would provide the kind of capabilities which the combat pilot of 2025 would need to rely on as a baseline capability in order to prevail in air combat and in support of the force.

To achieve decision superiority in 2025 and beyond, Air Combat Operators will need to be able to see who and what is in the area of operations, with very few limits to arcs of coverage.

The fusing of multi-spectral sensors and electronic support must enable targets to be detected without the knowledge they are being tracked.

The cueing of capabilities must not be limited to on-board sensors; they must be available from multiple off-platform sources.

The networking capabilities of these future air combat assets must be a force multiplier.

They must be able to feed, and be fed from, multiple sources.

The end result is that the pilot must be able to focus solely on the fight, not allocating time and effort to managing data that supports the fight.


Finally, he argued that the aircraft was both crucial in terms of air combat superiority but also in terms of changing the focus of the ADF to fight more effectively in the 2025 time frame.

New capabilities breed new methods, and how a 5th generation fighter undertakes these missions in 2025 and beyond are unlikely to resemble yesterday’s air combat operations. In future, as it is now, the ability to integrate all the fundamental inputs to capability will still be what determines relative combat effectiveness.

This is never more so than in 5th generation fighters.

This is where training will be so important to our success in future air combat operations.

He would add later at the roll out event of the first Australian F-35 the following:

“Transitioning to a fifth generation fighter will challenge us to step outside our comfort zones and question past habits.

The RAAF will partner and work closely not only with our sister services – the Royal Australian Navy and the Australian Army – but also with the USAF, USN, and USMC to learn, leverage and exploit those intrinsic 5th generation opportunities.”

That seminar and the discussions at the seminar was an opportunity to see the RAAF and indeed the ADF at a strategic turning point and gain an understanding of their thinking about the way ahead.


Having just returned from Germany where there is a debate about the Tornado successor where two 4thgeneration aircraft, Eurofighter or Super Hornet, are discussed as options for this role, when the F-35 has already come to Europe and will come in increasingly numbers.

Because several senior Luftwaffe personnel see the need for the F-35 as the Tornado replacement, I decided to revisit the Australian decision point with regard to F-35 and to get a sense from Geoff Brown, now Chairman of the Williams Foundation of that decision point and the thinking about what the F-35 was the correct path for the RAAF, rather than staying solely on a Super Hornet track.

Question: Revisiting the strategic decision point about moving on from Super Hornet to F-35, what was your thinking?

Air Marshal (Retired) Brown: If you don’t have the best fighter as a foundational element for your force to maintain air superiority, it calls into question your overall capabilities as an Air Force.

“To ensure air superiority you are then going to have to rely on someone else, and if they don’t show up, you don’t have it.

“You self select to be a secondary player.

“And as I look back at the history of the RAAF that has happened in our history and it has not been a pleasant national experience.

“One example was our experience in World War II in New Guinea with our Vengeance bombers, a plane not bought with regard to its role in the RAAF force structure or doctrine.

“We had a similar experience in the Korean War where we had second string aircraft and were marginalized in the operations.

“You are going to spend time and money to maintain a fleet; it makes no sense to go second best and place yourself in the second tier and be at the mercy of others to do the missions, which you need to do for your national security.”

Question: Since we first met I have been involved with the Williams Foundation seminars and have watched the ADF discussions and debates evolve from classic airpower discussions to building an integrated for to now highlighting key building blocks in shaping enhanced Australian sovereignty in the defense of Australia.

As you know this year’s seminars will focus specifically on the question of enhancing those options?

Where does the F-35 decision fit into the strategic trajectory which the ADF and the Australian government has set for themselves?

Air Marshal (Retired) Brown: For me the core point is that even allies have divergent interests.

“And if you want to pursue your interests in such a situation you need to have the means to do so.

“You will not be able to do so unless you are operating a front-line air force enabled by a fifth generation fighter.

“You cannot organize yourself just to rely on someone else; you have to be able to do key tasks yourself.

“And with regard to the projected new FCAS program, many of the things projected to be done then we will be doing in the next four to five years.

“We will have an announcement at Avalon, which will indeed highlight our approach along these lines.

Question: Europe is starting to see the F-35 start to arrive in numbers and certainly the UK, Norway, Denmark, the Netherlands, Belgium and Italy will cross learn.

This clearly is going to happen in your region.

How do you view the importance of shaping a common fifth generation capability in your region?

“With a common fifth generation infrastructure in the region, we can fly to the crisis and work with whichever ally is the key player in that crisis situation.

“We will not have to bring a fed ex fleet to establish our initial presence and operational capabilities; we can rely on the initial supplies and sustainment capabilities in our ally’s facilities.

“You can choose to build up your logistics at the time instead of having to bring the entire shooting match with you right from the start.”

For earlier articles which dealt with the 2014 seminar on Airpower in 2025, see the following: