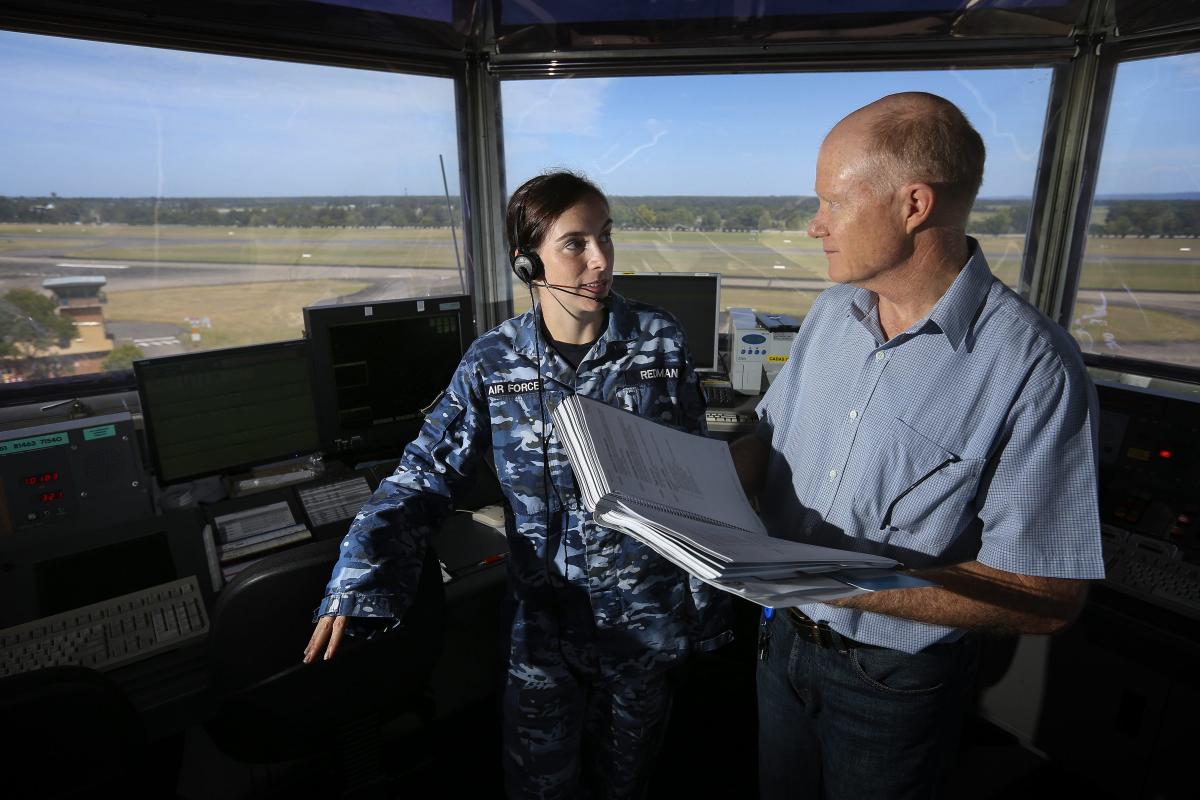 The Royal Australian Air Force (RAAF) is trialling emerging technology in Air Traffic Management with an active demonstration of a virtual control tower that can be operated remotely from anywhere in the world.

Defence Industry partners Indra Australia and Kongsberg Defence and Aerospace (KONGSBERG) have been working in partnership with personnel from Surveillance and Response Group to install a KONGSBERG 360 Camera System and integrated inNOVA Air Traffic Management system next to the Air Traffic Control tower at RAAF Base Amberley.

The installation works has been as a result of an offer by Indra Australia and KONGSBERG to demonstrate the system’s remote Air Traffic Control tower capabilities.

With similar technology used by a number of civilian air traffic service centres across Europe, the installation marks a significant milestone as the first Virtual Air Traffic Management system on a Defence establishment in the southern hemisphere. This innovation highlights the benefits of combining ‘Out-The-Window’ airfield visibility with radar data, to deliver a fully integrated virtual tower that can be manned remotely from the airfield.

The system live streams images to a remote site on RAAF Base Amberley which are then displayed on window sized monitors, fused through the Air Traffic Management system with radar data and supporting Air Traffic Control information.

President of Kongsberg Defence and Aerospace, Mr Eirik Lie said the camera and associated systems were developed with enhanced security, safety and sustainment of efficient air traffic services in mind.

“KONGSBERG is a renowned provider of well-proven military systems, such as the NASAMS Air Defence system, the Joint Strike Missile, Naval Strike Missile and the Remote Weapons Station, and KONGSBERG is very proud to demonstrate the Remote Tower System at RAAF Base Amberley,” Mr Lie said.

“The system includes a panoramic out the window view, external surveillance feed of augmented reality information on the display screens, and an integrated view of Air Traffic Control information for remote control.

“This system features an ultra-high resolution real-time day and infra-red camera system capable of detecting, tracking and identifying aircraft and ground objects at military and civilian airfields. The system is now installed on 15 airports in Norway – the largest remote tower program in the world”, Mr Lie said.

A critical part of the Remote Tower System installation was the work of Defence Industry partner Indra Australia who supplied the inNOVA Advanced Integrated and Remote (AIR) tower and approach automation system, including the data integration process.

Managing Director, Mr Tehmur Khan Galindo said he was pleased with the progress of the installation, which showcases the system’s applications.

“Indra’s inNOVA automation system forms the core for this solution. The inNOVA AIR suite can work with a wide range of camera systems and comprises the latest state-of-the art decision making tools and safety nets. Functionality such as 4D trajectory and time-based separation is included in the system for future integration with OneSky and other platforms”, Mr Galindo added.

“44 Wing’s focus is to deliver safe, adaptable capabilities for those who depend on us. Our support to the ‘virtual’ tower demonstration maintains our culture of technical and professional mastery in the Air Traffic Control discipline by gaining an understanding of future and evolving technologies,” Wing Commander Shepherd said.

Fundamentally, this technology directly aligns with the RAAF’s strategy and vision to transform the organisation into a 5 th generation Air Force by capitalising on future high technology systems.

The 360 Virtual Air Traffic Control Tower system will feature in the JERICHO Precinct at the Australian International Air Show 2019.