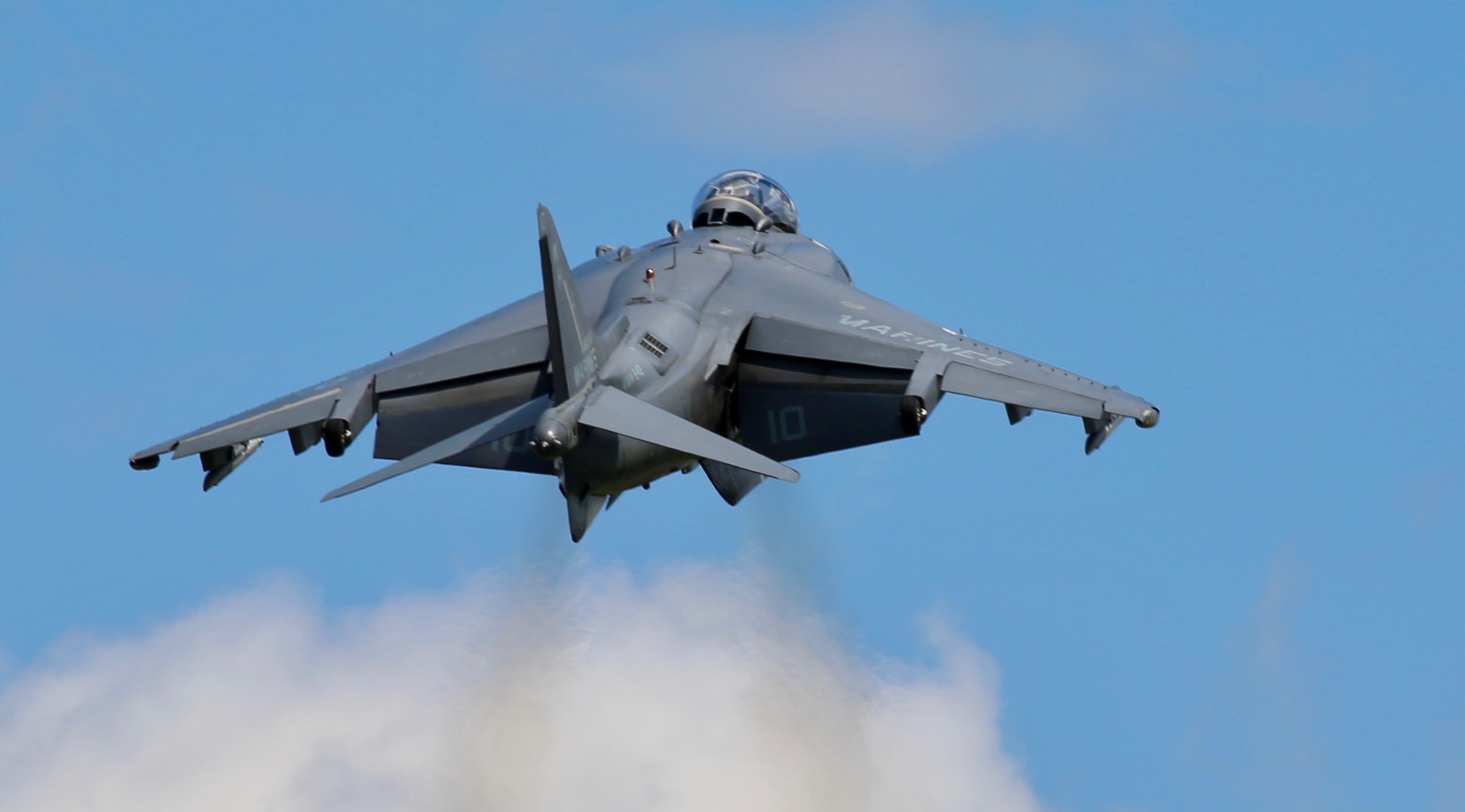 During our 2013 visit to the Warlords, we had a chance to discuss with an experienced Harrier pilot what the transition to the F-35 B meant for the USMC.

That interview was first published on September 21, 2013 and that article follows:

In our discussion in the ready room of VMFAT501with Lt. Col. Steve Gillette and Major Michael Rountree, Major Rountree discussed how the Harrier has been used the flexibility which the jet brings to MAGTF operations.

SLD: The V of STOVL is really the important point.

The flexibility of the aircraft to operate with a short field take off and as necessary return with a vertical landing can make much better combat use  of runways and landing zones. This is an important contributor by the Harrier, which is not widely realized outside USMC and UK.

Could you describe your experience with the jet from this point of view?

Major Rountree:  You are right.

The plane needs to be supported so you could land it in the middle of an austere location, but you still need to support it.

The reality is that we have operated from relatively static facilities because of the need for support.

But the vertical liftoff capabilities mean that I can use much more of an airfield than a classic airplane.

For example, at Al Asad Airbase in Iraq we did not have to wait for the cue or the optimal wind conditions.  We could operate with much greater flexibility than that.

We could land on either of the two main runways in a much shorter operational distance.

We could then turn the jet, we could launch it and we could recover in much shorter distance using the full range of the airfields available.

We could use the airbase with much greater flexibility and of course could land at sea as well.

And that translated into more capacity to fly; more sortie generation rates.

Whether operating off the ship or off of airfields you still need tankers.  In Iraq we had significant purple tanking capabilities.  We could be supported by one of the purple tankers available 24/7 and land on the ship as well.

With regard to our typical ship operation, we have six on board which means that basically four are operational to support MEU operations.

We were using it primarily as an ISR asset and from time to time in a strike role in Iraq.

My experience in Iraq with the Harrier was flexibility in a static fight.

As I think about the future fight, I need to think about how that same capability is going to aid me in doing whatever it is that I want or need to do.

SLD: In other words, you are looking not to be constrained by the box or the traditional aircraft-operating mode?

Major Rountree:  That is right.

I now have the ability to use my imagination and figure out how I’m going to support the ground combat element, or whatever the mission is that this airplane which has more flexibility airborne than the Harrier does, will be asked to do.

We can leverage our Harrier experience but think much more effectively about a plane that is radically different from the Harrier.

The only limit to your imagination is the need to support operational aircraft as they deploy and operate.

For earlier discussions of the Harrier on operations see the following:

The featured photo shows a Harrier during the 2019 MCAS Beaufort Air Show and the photo is credited to Second Line of Defense.