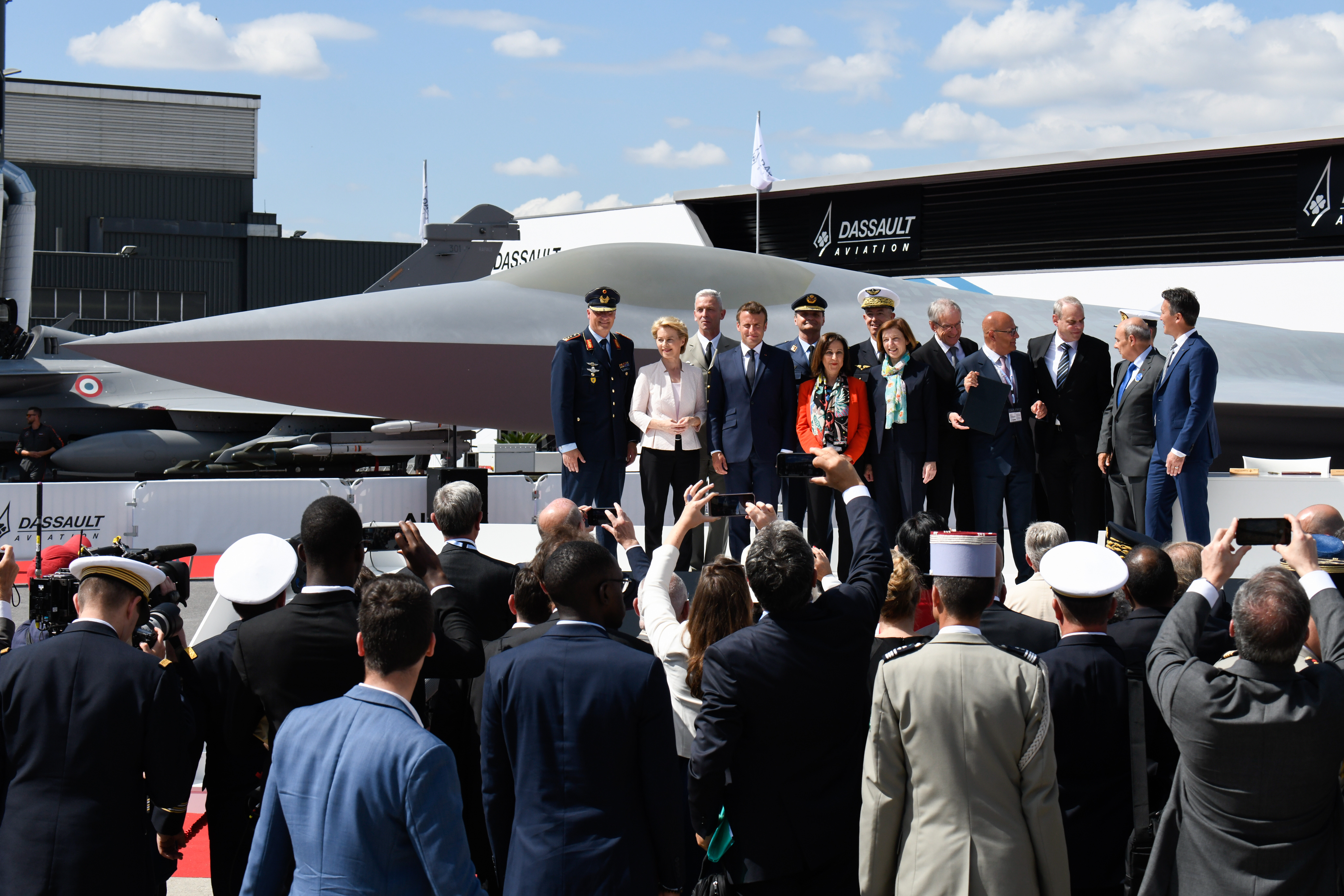 Data fusion and the magic of connectivity have entered the show with a fury this year. Sliding touchscreens and demos at Dassault, Airbus and Thales all make one feel as if one is part of a “Mission Impossible” debrief…

Indeed, many feel that the FCAS (Future Combat Air System), only launched a few months ago, is a Mission Impossible when one focuses on how much money — $4 billion by 2025 is to be jointly allocated by France and Germany.

With Next Gen Fighters Come Next Gen Engineers

FCAS will be built brick by brick on a five pillar foundation :

The first phase for Dassault is to go ahead with the upgrade of the Rafale towards the F4 standard by 2025 and evolve, in Dassault’s view, towards a “Super Rafale”. At Dassault, there is a saying that “what is beautiful flies well.” Indeed, the model displayed at the Dassault military stand is a true beauty.

The NGF, meant to replace the old Mirages 2000 and early Rafales, but also – it is hoped – the German Typhoon Eurofighters, as well as the Spanish F/A-18, is to keep the Rafale spirit and polyvalence.

It will remain multi-mission, which means nuclear for the French) and joint with the Navy, but with a clear focus on maintaining air superiority in an increasingly contested and anti-denial environment.

The NGF must therefore be more poweful than the Rafale and remain manoeuverable. Hence the choice to keep two small tail fins, a compromise made with the willingness to increase stealth.

Regarding the latter, it is thanks to the research made around the Neuron UCAV program (done in cooperation between France, Spain, Greece, Italy, Sweden and Switzerland) in the past decade that serious progress has been made.

Indeed, Neuron has been an attempt to gather what Europe does best technology-wise : Spain, Greece, Sweden, Switzerland and Italy all join France to find solutions together with just a 400 million Euro budget.

It is also thanks to the Neuron program that Dassault has been able, in spite of all the lean years at the end of the 2000’s, to keep its designer and engineer teams intact and to make sure that they are today ready for the future — and FCAS.

The Challenge of Speed

What is new at le Bourget this year is the awareness that, well, « the times, they are a-changin » and that FCAS is not only about the NGF, but about the connectivity between everything that can fly — the network.

The challenges are many, since the tactical combat cloud must allow the shooter to react faster – or at least as fast as – the speed of the data flow coming to him at an increasing speed.

The other challenge, highlighted by an Airbus source, is to be able to operate in a degraded environment, hence the focus on space and drones, which could be launched from an A400M as a first line of offense to neutralize enemy air-to-air or jamming capabilities.

A system of systems approach is familiar conceptually, but it seems to have finally come to life at this year’s show with the display of key elements, such as the Phenix MRTT  (the second one that the French Air Force is about to receive and that can be visited in its EVASAN configuration at the Airbus booth).

FCAS does not look like Mission Impossible anymore, as long as the European players do not self-destruct and replay the depressing scenario of the 1980’s all over again…

This article was first published by Breaking Defense on June 24, 2019.