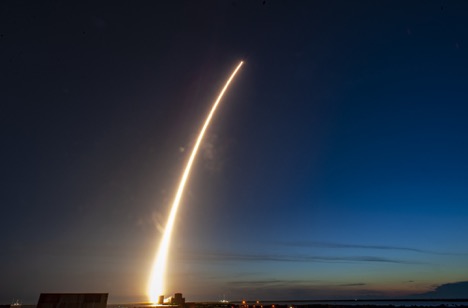 ASPI’s Catherine McGregor has highlighted the concerns of two former air force chiefs that there’s an urgent capability gap in the Australian Defence Force’s order of battle—an absence of credible long-range strike capability for the air force and navy. Air Marshals Leo Davies and Geoff Brown told McGregor that Australia needs a long-range bomber (the only real option being the US B-21 Raider now under development) as well as long-range drones and land-based missiles.

If that suggestion is adopted by the government, it will make the strategic review that’s just getting underway a very interesting exercise indeed. It probably won’t produce a status quo document. The review, announced by Defence Minister Linda Reynolds at last month’s Sea Power 2019 conference, comes as Australia faces a deteriorating strategic outlook, dominated by concerns about a more assertive Chinese state and growing uncertainty over the longevity of US military commitments in our region.

The strategic review should examine how the ADF can double down on its strike capability, with an emphasis on range, payload and responsiveness. My colleague Marcus Hellyer has written an excellent series of articles analysing the constraints of the F-35 joint strike fighter. The F-35 is a cutting-edge aircraft, but it’s a tactical multi-role fighter that doesn’t have the range or payload to operate far from Australia’s north and west coasts.

The retirement of the F-111C in 2010—and the missed opportunity by the US to replace that platform with a new strike aircraft to fill the gap between short-range fighters and long-range bombers—now confronts Western air forces. Our potential adversaries—China and Russia—deploy a full spectrum of long-range strike capabilities.

Australia’s strategic and operational environment is characterised by large maritime domains. Short-range platforms like the F-35 struggle to deliver effects, especially in the face of ever more sophisticated long-range capabilities now being acquired by Beijing. An over-reliance on short-range tactical platforms makes it more difficult to deter an adversary or, if necessary, to defend our maritime approaches.

In this context, the call by the retired air force chiefs is spot on. We need to move away from the traditional paradigm of like-for-like replacement that the F-35 epitomises and think about long-range strike—from the air with long-range bombers and drones, or via land-based ballistic missiles equipped with non-nuclear precision-strike warheads.

The government’s quashing of any debate on land-based missiles after the recent AUSMIN talks, was, I think, premature. The US is developing a new medium-range land-based ballistic missile that’s designed to be equipped with a non-nuclear warhead. It’s likely to be deployed in a few years. The government would be wise to reconsider its unwillingness to explore that option, especially given the potential for such a capability to evolve into an anti-ship ballistic missile in much the same way that China has developed its DF-26 intermediate-range ballistic missile.

Also, such a capability could be the basis for an Australian strike capability centred on an eventual hypersonic glide vehicle that could be developed in collaboration with the US. Australia is a world leader in hypersonics research and development. Both the University of Queensland and commercial company Hypersonix are well placed to support the ADF’s requirements in this transformative capability.

Getting the Americans on board, whether for the air force acquiring the B-21 or the army operating land-based missiles in northern Australia, is essential. The F-35 collaboration has set a precedent, and increased Australia–US space cooperation deepens the capacity to undertake further complex endeavours. This is a discussion for political leaders in Canberra and Washington.

If we’re serious about long-range strike, we need to also think about establishing the sensor-to-shooter link, and examine how the ADF might dramatically expand its sovereign space capabilities to facilitate this capability. There’s little point in having a long-range strike capability without the ability to identify targets, plan strike missions responsively and flexibly, and then do post-strike assessments of bomb damage.

Certainly deploying our own space assets, based around small satellites and constellations of CubeSats, and supported by a sovereign responsive space launch capability, will enhance our value as an alliance partner and act as a force multiplier for our strike capabilities.

Space capabilities can be developed and launched from sites in ways that meet both the operational requirements of both the ADF and our coalition partners. As costs fall, small satellites costing a few million dollars will be able to do the job that once required large, complex, multibillion-dollar satellites. A Space 2.0 approach would not only give the ADF a sovereign space segment to directly support its new strike capabilities, but also add to our ability to burden-share in orbit with the US and other key partners.

Seeing deep is as important as striking deep, and developing a ‘reconnaissance-strike complex’ should be an essential component of any future ADF long-range strike capability. Platforms such as the MQ-4C Triton can’t fly into contested airspace, and we do need overhead persistent imagery.

Space is also increasingly contested and an ‘old space’ mindset of long acquisition cycles won’t work. Instead, the government needs to support a paradigm for responsive space access that includes local space launch and to encourage industry to focus on low-cost small satellite and CubeSat systems that can leverage models for mass manufacture generated by the fourth industrial revolution.

The battle for the space domain in future warfare is as much about rapid reconstitution and augmentation—starting with manufacture—to support terrestrial operations as it is about winning the battle in orbit.

The chiefs are right—long-range strike is missing, and we need to fill that gap. But doing so also means getting serious about developing our space capability.

Image: US Department of Defense.

This article was published by ASPI on November 7, 2019.

For the Williams Foundation report which focused on the challenge of enhanced long range strike capabilities for the ADF: