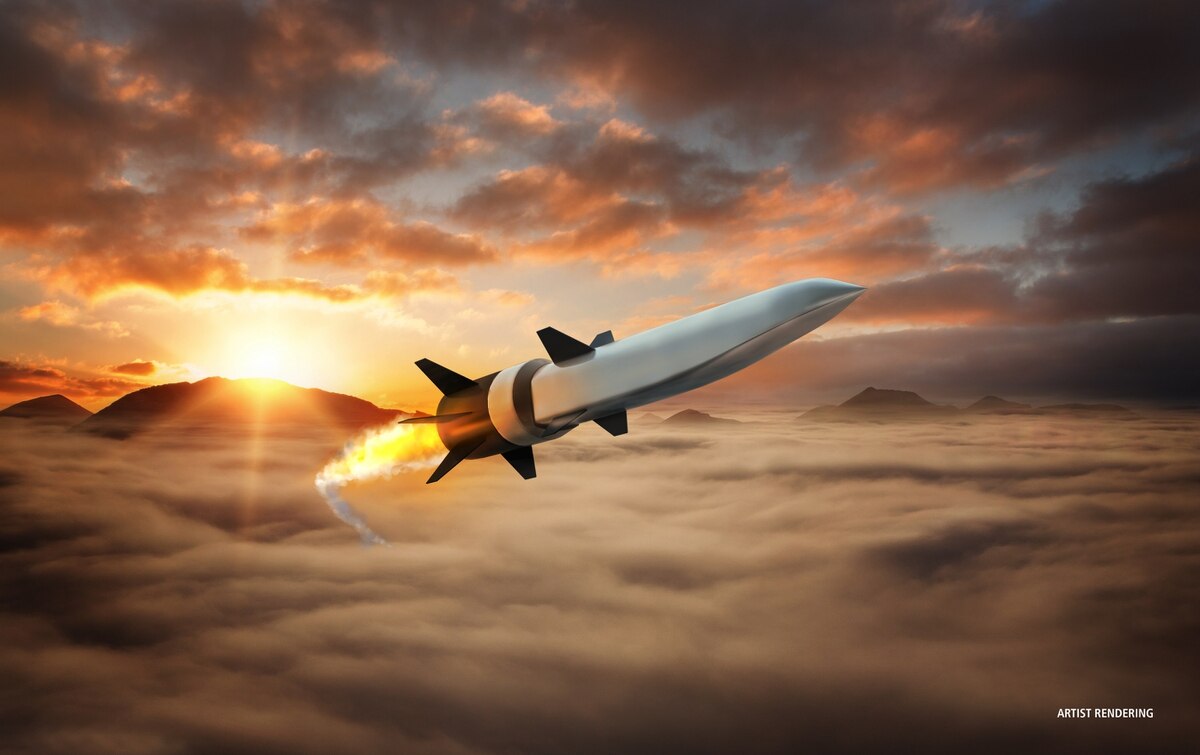 The system is joint research project of the Defence Advanced Research Project Agency (DARPA) and the USAF and contracts to develop a prototype was awarded to Raytheon Missile Defence Systems at a cost of USD 174.7millions.

Such systems are reported to be able to “tactical level theatre operations.”

Northrop Grumman Corporation’s scramjet combustors made entirely of 3-D printed parts will be integrated with Raytheon’s prototype system and the system is ready to be flight tested.

The scramjet engine technology will use the vehicle’s high speed to forcibly compress incoming air before combustion to enable sustained flights at hypersonic speeds.

Also, both the companies have been able to achieve fifty percent of weight reduction during the development of propulsion system.

The Northrop engine previously had almost hundred components but will bring it down to almost ten components in the finished product.

In addition, Raytheon has also developed scramjet engine that it unveiled at the Paris Air Show in 2019.

Apart from HAWC, DARPA is also working on tactical boost glide (TBG) similar to the glide vehicles being developed by the Russia and China.

HAWC on the other hand, is reported to be a hypersonic cruise missile system.

Air breathing technologies would offer an advantage that it would not require the missile to carry any oxidisers or fuel and thereby make the weapon system less hazardous and less cumbersome to launch as launch preparation time would be less.

B-52 bombers have been chosen as the platform to flight test both the HAWC and the TBG concept.

However, as stated by the vice president of Raytheon’s advanced missile systems, Thomas Bussing, hypersonic systems will be able to be launched from both air and ground.

Raytheon at the moment according to the vice president, “is at the forefront of hypersonic technology development.”

On the other hand, Lockheed Martin has already revealed a concept of a naval version of the HAWC that could be launched from the US Navy’s F-35 Joint Strike Fighter and others for a maritime strike role and also potentially could be for an anti-ship role. Lockheed Martin is also working on the Hypersonic Conventional Strike System.

Flight tests will be conducted to ensure air vehicle feasibility, effectiveness, and affordability.

This could enable the United States to reach time sensitive targets and also destroy hard and deeply buried targets. Greater maneuverability and unpredictable flight path make it difficult for defence system to intercept such weapons.

This manueverability and speed make the HAWC ideal for aircraft that would not have stealth features.

There is major concentration given to advanced air vehicle configurations that would ensure efficient flight, as mentioned scramjet engine that would sustain the hypersonic speed, thermal management approaches that would be designed for high temperature cruise, and affordable designs of the weapon system.

Effort is also being given to reduce the weight of the system so as to add more fuel and more payload.

Probably this is the reason why DARPA has requested for a budget of $10 million for HAWC program for the FY2020.

The HAWC will undergo flight test end of this year and is presently undergoing assembly, integration and test phases.

Just like the China and Russia, the United States is also making haste to become a major player in the hypersonic arms race.

Not only will it enable the United States to strengthen its deterrence vis-à-vis the Chinese and Russians, but it would also enable the US enterprises involved in the hypersonic program to grab their market share globally should the US systems become a success story.

In an article published by Breaking Defense on July 31, 2019, Colin Clark highlighted the perspectives of our colleague, Dr. Mark Lewis, the longest serving Chief Scientist for the USAF who has recently returned to the Pentagon in a senior position.

Hypersonics: From Zero To 40 Plus Flights In Next Four Years

As Mark Lewis, an expert on hypersonics at the Institute for Defense Analyses, said here at the NDIA conference: “You can’t walk more than 10 feet in the Pentagon without hearing the word hypersonics.”

PURDUE UNIVERSITY: The Pentagon plans to nearly double its spending on hypersonic-related technologies in fiscal year 2020 — if Congress approves it — and hopes to run around 40 flight tests of hypersonic vehicles over the next four years, Pentagon officials say.

It’s all part of the much higher profile of hypersonics have in the US military, with the White House receiving a hypersonics briefing earlier this month.

As Mark Lewis, an expert at the Institute for Defense Analyses, said here at the National Defense Industrial Association (NDIA)  conference on the topic: “You can’t walk more than 10 feet in the Pentagon without hearing the word hypersonics.”

But the US effort lags those of China and Russia in several key metrics, at least. Lewis’ chart below speaks for itself.

And, Lewis notes, the US has not flown hypersonic vehicles enough to gather data and press forward with redesigned systems improved as a result of testing. The Pentagon’s 2020 budget request for both hypersonic vehicles and defense against them is $2.6 billion. Some $157.4 million of that is for hypersonic defense programs. None of these are programs of record. As any close watcher of the US military knows, that usually means there is actually not a formal requirement for a weapon. So we may be pressing ahead, but these efforts remain fragile and lacking in institutional support.

The DoD’s Deputy Undersecretary for Acquisition and Sustainment, Alan Shaffer, appeared here and offered an abundance of caution.

At lunch, the chair of the House Appropriations Defense Subcommittee offered a splash of cold water to the enthusiasm of many at the sold-out conference. Hypersonics research is just getting going again at the same time that a huge swell of funding for other weapons loom.

“We have a new bomber and there is going to be bulge in the budget,” Rep. Pete Visclosky said. Bear in mind that Visclosky represents a nearby constituency to Lafayette, the home of Purdue.

And the university offers one of the most advanced wind tunnels designed for hypersonics work, so he would normally be inclined to support funding for something so close to home.

A key thing the hypersonics community might want to consider is trying to consolidate what defense officials and experts here said was overlapping work and some technological duplication.

“We need a coordinated national approach,” said Lewis, and it must be one that includes NASA and strong international partners like Australia.

The US and the Aussies have worked together on a program called Hypersonic International Flight Research Experimentation (HIFiRE). Australia also offers the rare jewel of the 47,177 square mile Woomera Test Range for hypersonics testing.

The US military is keenly aware of the need for some consolidation, as the head of Army Futures Command said in May.

“We are looking across the entire investment portfolio for hypersonics and trying to figure out how we are going to start doing some consolidation,” said Gen. John “Mike” Murray. He was the Army’s funding guru — the deputy chief of staff for programming — before becoming the first-ever chief of the newly created Army Futures Command last August.

“It’s too early for me to say ‘this program, that program, this program,’” he said, “but we know that hypersonics are going to be very expensive, and we’re going to have to make a decision on the exact path we’re headed down pretty quick.”

For our interviews with Mark Lewis during the Obama Administration when he was trying to save hypersonic weapons from significant budget cuts and a significant and costly run down of testing, see the following:

And for our overview report on hypersonic see the following: