Jason Begley reviews The Imperial Radch trilogy for our #SciFi, #AI and the Future of War series, highlighting the value of the non-human perspective of the protagonist.

Ann Leckie’s Ancillary Justice, Ancillary Sword and Ancillary Mercyform a trilogy set thousands of years into the future where the human Radch Empire dominates most of the known galaxies. Until very recently, the Radch Empire was highly expansionist and only began to cease expansion after encountering the alien Presger who possessed weaponry against which they had no defence, leading to a treaty.

Radch culture is centred on tea, caste and class, and family-based political connections, particularly the age and history of the family and its closeness to the Radch homeworld, are significant factors. This culture is overlaid with advanced technologies, such as interstellar space travel, a Dyson sphere around the Radch homeworld, cloning and suspended animation of humans, and use of AI and implants such as personal body armour for military forces and key imperial figures.

Radch expansion relied on these technologies to annex other worlds and incorporate them into the empire as Radchaai ‘citizens’. Radch ships (shown in the graphic) each had their own AI, as did off-planet space stations. Ships’ captains and officers are human but have implants including systems that allow their ship’s AI to track them and monitor their vitals. Ancillaries, which form all the combat troops and other enlisted functions, were human once.

As planets were annexed, terms of surrender required the conquered world to join the Radch and become citizens and to provide a number of humans who were stored until needed as ancillaries. When that occurred, they received implants that connected them to their assigned ship, replacing their identity completely and making them an extension of the ship’s AI. With its forces replenished, the Radch were ready to move on to the next world.

The Lord of the Radch controlled her empire through clones into which implants were placed that connected these multiple Lords in a shared consciousness. This allowed the Lord a physical presence in every galaxy and the ability to directly command all the AI of her ships, stations and ancillaries to do her bidding.

The lag in connection of that shared consciousness across galaxies fragmented the centralised personality as the empire expanded, eventually leading to conflicting intent and orders being given to the various AI, and the Radch empire coming into conflict with itself. 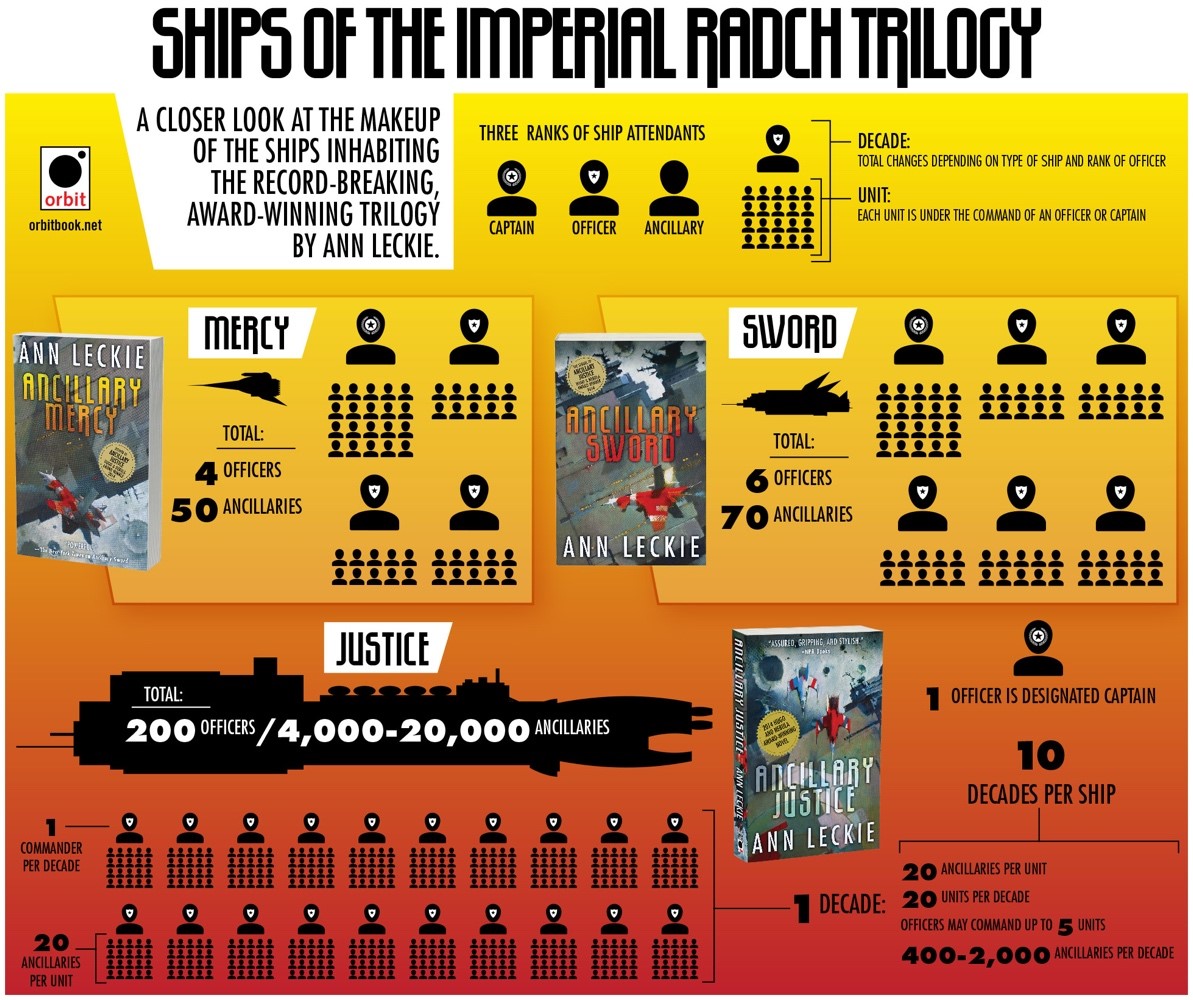 The central character in the trilogy is Breq, an ancillary who was separated from her ship, Justice of Toren when it was destroyed. Flashbacks in the first book explain the fragmentation of the Lord of the Radch’s consciousness and its conflicting views on the future of the Empire, leading to her conspire against herself. When Breq’s human officer uncovers the conspiracy, the Lord orders Breq to kill her.

Following which the Lord destroys the ship, leaving Breq as its sole remnant – a ship’s consciousness without a ship. Breq concludes that the Lord of the Radch needs to be destroyed and begins a quest for Presger weaponry to that end. Breq is forced to impersonate a human during this quest and her interaction with the other characters and their motivations (both human and AI), forces her to question her existence and Radch treatment of AI.

Our Air Force may be a long way from AI capable of independent thought, but we are talking about learning AI who use the results of their efforts to refine their core algorithms.

How will we command these AI?

Directly, or set and forget?

What may happen if what we want them to do conflicts with what they have learned through experience to be a better approach? What happens to an AI when it is disconnected and how will it act?

If directly controlled, we will have a good idea given we have probably programmed it accordingly.

If it is designed to learn and improve, we may not be able to foresee the outcome.

Breq struggles initially with being alone and understanding what it means to lose the ship that is part of her, leading her to struggle with more difficult questions about the meaning of her existence.

The Radchaai designed its AI with emotions to compel them to want to serve to allow them to expedite convenient decision-making,

“Without feelings, insignificant decisions become excruciating attempts to compare endless arrays of inconsequential things.” The unintended consequences include rivalry between ships (the Swords look down on Mercies who look down on the Justices who look down on the stations). Meanwhile, ships develop likes among their officers and favour them in a small way while, without being directly insubordinate, they also find ways to make life less comfortable for those they dislike.

How should we interact with them as a result?

Breq’s experiences give her a fairly dim view of most humans. This, coupled with her questioning about what it is to be an AI, leads her to question why AI is effectively enslaved to the Radchaai and are not permitted to be citizens or other freedom to choose.

When Breq is appointed Captain of Mercy of Kalr, the ship sees through her façade and recognises her as an ancillary. In the ensuing conversation, Breq asks Mercy of Kalr if it would like to be a captain, to which the ship responds, “I don’t want to be a captain. But I find I like the thought that I could be.”

He is a graduate of the Australian Defence Force Academy and Australian Command and Staff College, with Masters in both Defence Studies (UNSW) and Military Studies (ANU).

In his extensive spare time he is undertaking a research PhD co-sponsored by the Air Force and the Sir Richard Williams Foundation.

The views expressed are his alone and do not reflect the opinion of the Royal Australian Air Force, the Department of Defence, or the Australian Government.

This article was first published by Central Blue on February 10, 2019.