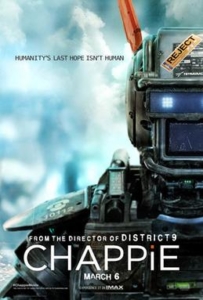 Jo Brick joins our #SciFi, #AI and the Future of War series with a discussion on Western and Japanese approaches in fiction to robots and consciousness.

Why is it, Jo asks, that Western approaches seem replete with gadgets rising up to end humanity while Japanese robots will happily co-exist if humans will let them?

‘Cogito ergo sum / ‘I think, therefore I am’ – Rene Descartes

The concept of ‘consciousness’ or self-aware machines is explored in myriad sci-fi books and movies, including Terminatorand its sequels.[2]In those movies, ‘Skynet’ becomes self-aware and launches nuclear Armageddon against the human race. However, its consciousness is not explored in any detail, and we are only left with a sense of pessimism about AI, and paranoia that the new refrigerator will conspire with the sound system to murder us in our sleep. Unlike Terminator, Neill Blomkamp’s Chappieand Osamu Tezuka’s Astro Boy(or ‘Mighty Atom’) examines the idea of self-aware machines, and what the world would look like as humans coexist with them.

Chappietells the story of a police robot – collectively called ‘Scouts’, and an engineer named Deon who works at the company that manufactures these robots. Deon obsesses over a computer program that simulates consciousness.[3]He successfully develops the program but is rebuffed by his boss (played by Sigourney Weaver). Deon decides to ‘steal’ a Scout that is taken offline due to significant damage. However, the theft comes undone as Deon – and the Scout – are kidnapped by a gang. The gang (led by Ninja and Yolandi Visser) forces Deon to repair the Scout, including the installation of the ‘consciousness’ program so that they can use the Scout for their heists.

The relationship that the Scout – called ‘Chappie’ – develops with Ninja and Yolandi, whom Chappie calls ‘Daddy’ and ‘Mommy’, brings out a key theme of the film: about howAI systems ‘learn’, including whatthey learn. Chappie went from being a predictable and controllable Scout police robot to an AI system that, while initially childlike, becomes more ‘human’ as it learns and develops. Chappie also becomes protective of Deon, and also of Ninja and Yolandi – displaying a very human-like attachment to these people in his ‘life’. Chappie is caught in the battle between his Neutral Good creator, Deon, and Ninja/Yolandi’s Chaotic Evil influence.[4]The tension between Deon and Ninja/Yolandi’s approaches to Chappie show us that perhaps we have much to fear from conscious AI because we know how evil and ‘bad’ we humans can be.

Chappie, the embodiment of consciousness in an AI system, is presented with a counterpoint in the form of Vincent (Hugh Jackman) and his BattleTech-like military robots called the ‘Moose’, which are human controlled systems. Vincent embodies the argument against the development of robots like the Scouts, with limited AI. In his sales pitch to a team of Johannesburg police officials, he says that AI cannot be trusted because they are unpredictable, particularly when compared with the ‘Moose’, which is tethered to a human. This argument between Deon and Vincent plays out throughout the film, through to its conclusion, and examines the popular arguments for and against the development of artificial intelligence. These arguments are reflected in public comments by tech gurus such as Elon Muskand Stephen Hawking, who were sounding warnings about the demise of humanity if the machines rise.

Interestingly, while there is much negative talk in the West about the demise of humanity at the hands of sentient robots, the Japanese seem to take a different perspective. Osamu Tezuka’s ‘Astro Boy’ or ‘Mighty Atom’ explores AI consciousness but from the perspective of robot discrimination and robot rights.

In the 1980s version of the TV series, Astro Boyis created by the head of the Ministry of Science – Dr Boynton – who has been tasked to create a robot with a ‘soul’. The Astro Boy origin story involves Dr Boynton replicating his son Toby, who dies in a car accident. Toby/Astro Boy is born into generally positive influences – firstly from his father, and then Dr Elefun and Daddy Walrus. Toby’s ‘robot brother’ (because they are made from the same design template) called ‘Atlas’ is made for a criminal called Skunk, who appears throughout the series. Atlas is taught how to commit crimes for Skunk, such as robbing armoured trucks. Astro and Atlas encounter each other throughout the series, with their interactions serving as a commentary on the role of human influence in the learning process for conscious AI, as they become more ‘human’. This commentary has many parallels to the main themes arising in ‘Chappie’.

However, the most significant contribution of Tezuka’s ‘Astro Boy’ is its exploration of the world in which conscious robots exist alongside humans and the consequences for robots as sentient beings in terms of their rights and the discrimination they experience at the hands of humans. In an early episode called ‘The Robot Circus’, Toby is enslaved by a nefarious robot circus owner who treats his robots badly. The circus is where Toby obtains his new name, ‘Astro’ / ‘Astro Boy’. He is ultimately rescued by Dr Elefun, but then faces discrimination amongst his classmates because he is a robot. ‘The Robot President’ episode also dares to ask what happens when robots are accepted enough in human society to be able to run for the presidency. Another episode, ‘Robio and Robiet’ explores two robots that are the product of a rivalry between two scientists, and those two robots fall in love.

It would seem that our Western perspective, reflected in our popular culture about robots, cannot get to this type of conversation because we are entrenched in a belief and fear that robots will be our downfall. Tezuka’s series explores issues that accept as given that robots will be useful and generally accepted parts of human society. An article in Wiredmagazineby Joi Ito, explores the differences between Western and Japanese approaches to robotics. Much of Japanese popular culture – from Astro Boy to Neon Genesis Evangelion,Voltron, and Gundam– take for granted the co-existence of humans and machines. Ito’s article quotes Tezuka, who commented on the fusion of all creatures, including robots. He said: ‘Japanese don’t make a distinction between man, the superior creature, and the world about him. Everything is fused together, and we accept robots easily along with the wide world about us, the insects, the rocks—it’s all one. We have none of the doubting attitude toward robots, as pseudo-humans, that you find in the West. So here you find no resistance, simply quiet acceptance.’

The Japanese seem to perceive science fiction and science as having a symbiotic relationship, reflected in advancements in robotics.[5]From the creation of an Astro Boy-like robot called Kirobo, which was designed as a companion for Japanese astronaut Kochi Wakata on the International Space Station, to the use of robots for the care and companionship of the elderly, the Japanese have demonstrated that robots have much to offer human society. Perhaps we have to take a different attitude – a more positive one. The difficulty is that we have focused on fearing the robot, maybe because we fear that it will grow up to be: Just. Like. Us. And we know what that means, right? Maybe the toaster and the refrigerator are not conspiring to murder us in our sleep – maybe they just want to make us breakfast in bed.

Wing Commander Jo Brick is a Legal Officer in the Royal Australian Air Force and is currently a member of the directing staff at the Australian Command and Staff College. She has served on a number of operational and staff appointments from the tactical to the strategic levels of the Australian Defence Force. Wing Commander Brick is a graduate of the Australian Command and Staff College. She holds a Master of International Security Studies (Deakin University), a Master of Laws (Australian National University) and a Master (Advanced) of Military and Defence Studies (Honours) (Australian National University). She is a Member of the Military Writers Guild, an Associate Editor for The Strategy Bridge, and an Editor for The Central Blue. You can find follower her on Twitter at Carl’s Cantina.

[3]Some good articles online about ‘Chappie’ include Scott Fletcher, ‘What Chappie Says, and Doesn’t Say, About Artificial Intelligence,’Scientific American, 6 March 2015 and Luke Moffett, ‘Chappie Suggests Its time to Think about the Rights of Robots,’The Conversation.

[4]I find it easier to talk about people’s values and approach to life via the Dungeons & Dragons Alignment System. See also Wizards RPG Team, Player’s Handbook (Dungeons & Dragons)5thedition (United States: Wizards of the Coast, 2014). Do not judge.

This article was first published by Central Blue on February 17, 2019.