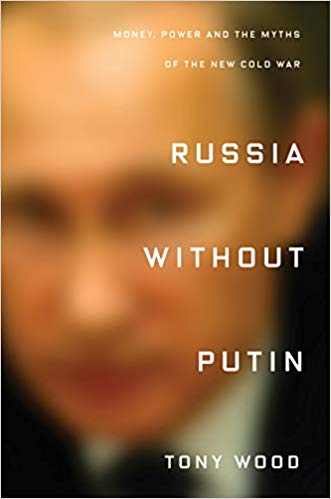 For Vladimir Putin, the West is a key part of Russia’s past, present and future.

As an intelligence officer who spent time in East Germany prior to the collapse of the Soviet Union and as a fluent German speaker, he has a period of his life where he experienced directly the impact of the West on the Soviet bloc.

The problem is that his historical experience is really a time capsule and not a down payment on understanding the 21st century liberal democratic world. The generation of the 1980s and the generations coming to adulthood in the 2020s have really very little to do with one another.

And a critical problem for any authoritarian leader is to get outside his comfort zone to understand what he does not know. And as authoritarian regimes put down strong roots, and the information flows to the boss get narrowed down, the challenge is enhanced of shaping new understandings and new concepts of behavior.

What Putin has done as Europe has changed with the expansion of the European Union and having struggled to encompass the former East European communist states as well as the migration from North Africa and the Middle East, is to interpret this dynamic as somehow threatening his autocratic rule. It is not as if the former satellite states are now sovereign states able to make their own decisions; for Putin these are states within the influence zone of Russia, and Russia as a great power has the right to veto what they want to do.

And the expansion of NATO eastward is frequently interpreted as the movement of American power eastward and an aggressive alliance moving closer and closer to Soviet (I am sorry I meant Russian borders). The fact that the NATO which faced Putin until his actions in Crimea in 2014 was a shadow of itself, with very little concrete capability for direct defense, let alone invading Russia, is simply not an important point to the Putin narrative.

For Putin, what the West, read largely as the United States, has shaped a stranglehold on Russia, a Russia which should be considered a great power and be consulted in discussing the fate of the former Soviet states.  Russia in Putin’s view is a great power which needs to be embedded in Western decision making about the future of Eastern Europe, and in a way, that would accommodate Russian interests.

This might make sense to the West if Russia was in the throes of some kind of democratic change, in which Russia would become a collaborative partner rather than a threatening bully.  But the seizure of Crimea, would be a key move by Putin to take control of the Western dialogue and to reshape his relationships with the West. And in this case, it is more the European Union than NATO which is the threat which Putin positioned himself against. Ukraine as a partner to the European Union with its distorted systems of values in Putin’s view was simply not acceptable.

With the Crimean seizure, the West has responded, and Europe and the United States are reshaping their capabilities in the direct defense of Europe. But this effort has little or nothing to do with the Cold War. In the Cold War, two ideological systems clashed with one another; with the return of Russia in the context of the rise of China, it is a contest of 21st century authoritarian state enabled capitalism versus liberal democratic variants of capitalism.

It is about values, culture, and also how the state can direct its economy to serve its purposes versus Western systems in which the state role is much different and significantly less directive with very little thought to an overall strategic posture.

Tony Wood has written an interesting book entitled Russia Without Putin which provides insights into how to interpret Putin and his role in Russian history. “Tony Wood lives in New York and writes on Russia and Latin America. A member of the editorial board of New Left Review, he is the author of Chechnya: The Case for Independence, and his writing has appeared in the London Review of Books, the Guardian, n+1 and the Nation, among other publications.”

Wood argues that the sweep of history since the collapse of the Soviet Union has seen a Yeltsin and Putin phase but that these are part of the same history. This history is the establishment of Russian style capitalism and an authoritarian state. His book is many ways a broadside against those in the West who would wish to use the stereotypes of the Cold War to paint a picture of a Russian adversary that requires being treated similarly to the Soviet Union itself.

We would certainly agree that what we are facing is not the Cold War Soviet Union, but a Russia which has been built in the 21st century. But Wood goes further than this and paints a picture of Putin as having been rejected by the West and reluctantly seeking a Russian alternative to collaboration with the West. Having been spurned by Western dynamics, Putin has sought ways to reinforce Russia’s independence and to guarantee its sovereign future.

“For much of the post-Soviet era, the Russian elite – Putin very much included – were committed to an ideal of alliance or even integration with the West. Over time, however, it became increasingly clear that this was a one-sided fantasy, and Russia’s elite gradually abandoned it, swapping dreams of integration for a more strident defence of Russian interests.”1

“But what follows the shift from that order, is not so clear and not necessarily to Russia’s advantage. If the US-led global order is replaced by enhanced Chinese dominance, there is clearly both opportunities and challenges for Russia in that situation.

“From Moscow’s perspective, a Chinese-dominated world would be unlike the US-dominated order in one especially crucial respect: Russia would now share an extensive land border with the single superpower. If the PRC became the US of the twenty-first century, would Russia become its Mexico – economically integrated with and strategically subordinated to the giant next door?”2

Wood highlights that Russian power in the 21st century is limited compared to the combined wealth and military capabilities of its competitors.

“The tremendous disparity in power and resources between Russia and the West translates directly into their uneven military capacities. Russia is currently the world’s second-largest exporter of weapons, and still has one of the largest armies in the world in terms of personnel, though many of the troops are teenage conscripts. Yet in 2015, for example, Russia devoted about a tenth as much money to its armed forces in absolute terms as the US did, and only slightly more than the UK; in per capita terms, it spent somewhat less than Germany or Greece.

“All told, its 2015 military budget came to around 8 per cent of the total for NATO as a whole, almost 70 per cent of which was spent by the US alone.8 What enables Moscow to pose a military threat to its neighbours at present is not so much the scale or strength of its armies as its readiness to use force quickly and decisively.”3

Wood feels that this approach is more tactical than strategic, and is leading Russia into an even more difficult situation.

“But this is more a trap than an advantage, a short-term tacticalmanoeuvre that has significant strategic downsides in the long term. The possibility that Moscow will use force against them has already driven Russia’s neighbours further into NATO’s embrace, and propelled a new round of the arms race for which Russia is still more poorly equipped than in Soviet times.”4

And that underscores the salience of a central aspect of the Putin approach: It is crucial to leverage the differences among its competitors to shape its role in the world and to protect its interests.

This means that the use of military power will be guided by the regime’s interpretations of its interests, which in turn will be exercised in the context of events involving conflicts among its competitors as well.

As for a potential future for Russia in such a world?

“In an anarchic world system, meanwhile, the dilemmas presented by China’s gravitational pull would also apply, but Russia’s strategic options would be more varied – as would the dangers it would potentially confront. In theory, it could act as a kind of ‘swing power’, aligning with Washington, Beijing or another state to tilt the scales against any given opponent.

“By forming such alliances, it could carry out its own version of nineteenth-century great-power balancing. Or might it function as a kind of global buffer zone between China and the West, its strategic weight deriving from abstention from the great-power conflicts ahead?”5