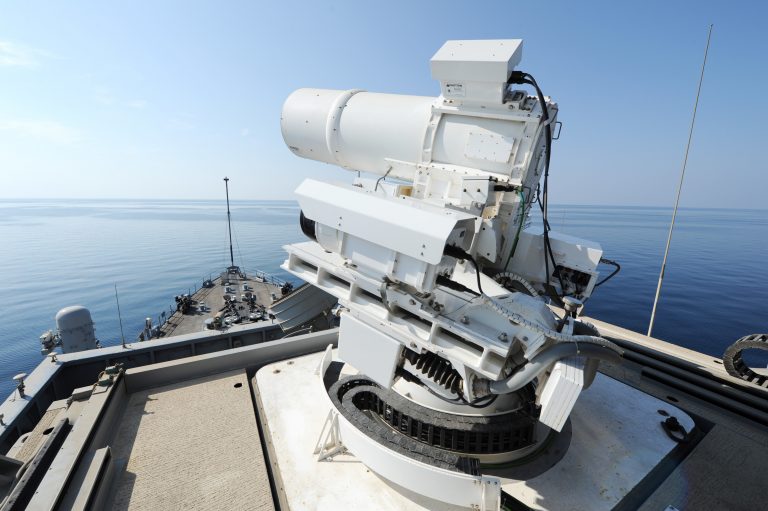 Firepower, Mobility and Protection are universal concepts that applies to any combat platform on land, at sea, underwater in air or space.

Efficiency and effectiveness, however, are difficult concepts. General Deptula’s combat cloud concept was based on a look at cost per desired effect which often yields very different values from economic costs.

The industrial age brought us specialized machines that made propulsion, firepower, protection and sensors unique specialties that each developed into a different field or discipline, with their own architectures, conventions, technological trajectories and way of thinking. i.e. Gunners and ship engineers are different groups, each with their own silos.

The architecture of firepower evolved from the earliest catapults to cannons to missiles or torpedoes “in water”.

The goal of each of these systems is to deliver a unit of energy at a distance to cause disruption or destruction.   Kinetic effects is the term of art.

Protection evolved from two directions. Passive protection in the form of armor that utilized a material that deflected / dissipated incoming kinetic energy.   Or active protection in either kinetically or “mission killing” an incoming projectile or weapon or delivery platform.

Emission detection of energy and other signatures, and the use of energy to generate detectable signals is another application of energy for situation awareness systems.

Mobility, in turn, is a function of energy conversion that enable a platform to maneuver.

The common factor in these tasks is that it is all about creation, conversion, and transformation of energy.

During the industrial age, each of the specialized functions required its own unique means to do so.

Artillery utilize stored chemical energy in propellant to transport a projectile loaded with an explosive that released its energy in a way to cause damage.   Armor have to be carried around whose purpose is to dissipate incoming energy.

Mobility in turn, relied on a specialized power plant that produced power transmitted through a dedicated drive train (often mechanically linked) that propelled the platform.

Reduction of each and every of these functions to its essential function described as energy enable a radical rethink of the purpose of a combat platform.

A modern tank firing a depleted uranium round essentially expends its kinetic energy (generated chemically) for transportation to the target, conversion to kinetic to defeat the protective armor of the target, and then utilities the small amount of energy remaining to damage the fragile internal components of the target.

A very small portion of the total energy released stored in the chemical propellant end up doing the work of destroying the target by causing spalling or post penetration destruction of fragile internal components — particularly the crew.

The same exercise applied to carrier borne aircraft engaging in air-to-air combat yields a depressing story of enormous energy consumed to transport aircraft, get it into position to engage enemy fighters, and then to dispatch a handful of Air-to-Air missiles to detonate a proximity warhead nearby that perhaps transfers less than one tenth of 1% of its energy to the target to destroy it.

Capt. Michael W. Byrnes writing in the Air & Space Power Journal noted that a single armor piercing incendiary round accurately fired by an unmanned platform that actually struck a vulnerable part of a manned fighter like the first compressor stage of the engine is enough to destroy it.

His work illustrates how far energy efficiency can conceivably be improved based on existing technologies better deployed.

Yet, the architecture of current systems, rather than prioritize improvement in accuracy and “first shot, first kill”, still predominantly relies on industrial age concepts of massed firepower.   The ultimate expression of this thinking is to fit a 20mm autocannon on the F-35 fighter.    Properly deployed, it is hard to conceive of too many instances when a cannon can be useful without serious risks (e.g. from ground fire).

Massive energy wastage is the defining characteristic of our current combat systems.

Before the era of precision munitions, raids by thousands of bombers was required for a handful of bombs to find their target.

Precision munitions so improved on productivity that quite often, two munitions with a Pk .9 did the job that formerly required a massive strike package dropping tons of ordinance.

Is there room for a similar quantum jump in improvement in energy efficiency from new, as opposed to existing technologies as Captain Byrnes suggest?

Directed energy weapons that deliver their energy at the speed of light to target offer a quantum jump in efficiency similar from dumb to precision munitions.   DE weapons often have the attribute that it can be dialed up and down as required: (i.e. radiation to produce a mission kill by blinding sensors or disrupting electronics, or kill with energy).

Scaling energy required to task is an attribute not practical for most chemical propellant powered kinetic weapons.

A related application of directed energy is Electronic Warfare that soft or mission kill hostile systems.

In terms of energy efficiency, these are revolutionary compared to weapons that depend on traditional kinetic weapons.

The sheer efficiency of DE suggest that the transition from conventional kinetic energy weapons to DE will move quickly, inhibited primarily by bureaucratic and organizational inertia common to all militaries.

In industry, where there is a market drive, industrial applications of lasers have exploded and far exceed the military space.

Indeed, many military lasers are but adapted commercial rather than special purpose military only lasers of the Star Wars era.

Soft kills are now viewed as just as valid and important as kinetic kills.

The advent of DE weapons reopen the question of whether the dominant mobility energy conversion architecture is ideal.

Since power plants will have to be able to both generate large amounts of excess (or exportable) energy, and also to store it for rapid dispatch to “surge” needs for DE systems, it raises a question of how best to store and convert energy aboard future combat platforms.

The dominant design for most naval vessels and land vehicles is for a powerpack (typically an internal combustion engine or gas turbine) to be directly coupled to the energy converter system (i.e. transmission) to the propeller / thruster or drivetrain.

Likewise, aircraft are optimized to generate power to “fly” with exportable power as a very distant second thought.

Optimization for large exportable power generation, the provision of space for energy storage and support for DE will obsolete most existing land, air and naval platforms.

If exportable energy is to be stored as electricity (i.e. super capacitors) as opposed to kinetic energy (i.e. flywheel), then it suggest that going “all electric” like the Zumwalt Class Destroyer rather than directly providing power for mobility via a drivetrain may be a far more effective solution.

Commercial cruise ships have recognized the advantage being able to dynamically reallocating energy; balancing mobility and hotel loads “on the fly”.   Cruise ships typically use typically use diesel, or gas turbine generators powering electric propulsors rather than a mechanically coupled drivetrain.

On land, a hybrid electric Wheeled Armored Fighting Vehicle that is powered by electric motors at each wheel have the advantage of a much more robust drivetrain that is more survivable if (e.g. one wheel) is destroyed by a mine. A tracked vehicle that encounter a mine and lose a track inevitably becomes a mobility and often mission kill even if the crew is unharmed.

Aviation will require considerable rethink and new architectures if priority is expressed not in payload of conventional weapons, but exportable energy generated and stored for DE systems.

A less obvious benefit of storing energy in liquid fuels (e.g. diesel) is that it is less volatile and dangerous compared to any chemical explosive or propellant.   That in turn simplifies safety and reduce the need for protection of munition stores and supply.

The biggest bonus from going “all electric” is energy can be dynamically allocated to weapons, defense, communications or ECM or mobility far more seamlessly than existing dedicated architectures.

The overwhelming advantage enjoyed by specialist energy systems (e.g. missiles and cannon) against solutions that manage generic “energy” from a central pool is diminishing with the advent of directed energy weapons for both defense and offense, and the coming increase in energy requirements for ECM or future systems like rail guns.

Reframing the objective of many weapons systems as enabling a tiny fraction of the energy expended to be delivered “to target” in sufficient quantity and quality to either disrupt or disable an enemy opens the way to thinking about how weapons systems can be more energy efficient.   Or, more efficient in terms of expenditure of energy (and other resources) for “desired effect”.

It is time for a fundamental rethink of energy systems across all combat systems architectures.

The present architectures may be as outdated as infantry equipped with bolt action rifles in 1914.

This article was first published on February 22, 2018 and was the last piece produced by Danny Lam for Second Line of Defense prior to his death.