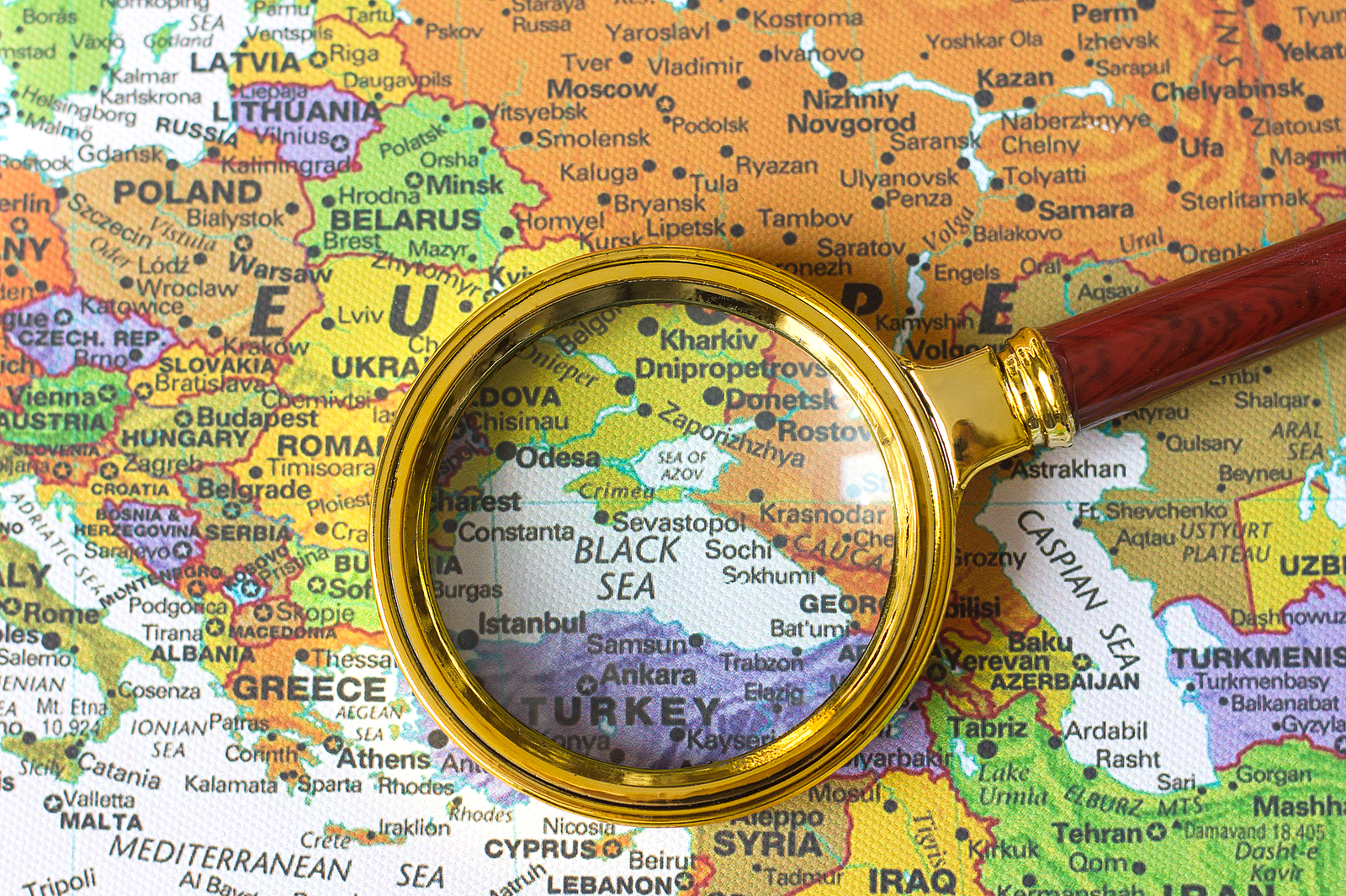 Moving from the Pacific or from Moscow, we enter the Black Sea region from June through August, as the Western forces exercise in the region, and the Russians make clear that they are focused on disrupting Western military capabilities to support Ukraine from the sea.

Ranging from allegedly firing warning shots at a British destroyer to working S-400 tests in Crimea, the Russians were making it very clear that the Black Sea was a core area of operation for them in any future repelling of Western military action or support for Ukraine.

The Sea Breeze exercise has taken place 21 times since 1997 and in the past the Russians themselves have participated.

At the opening ceremony in Odessa for the exercise, Ukrainian navy commander Olesiy Neizhpapa said that the exercise would send “a powerful message to maintain stability and peace in our nation.”

We learn from a U.S. Navy video on the conclusion of the exercise released on July 10, 2021 that” “Exercise Sea Breeze is a multinational maritime exercise cohosted by the U.S. Sixth Fleet and the Ukrainian Navy in the Black Sea since 1997. Sea Breeze 2021 is designed to enhance interoperability of participating nations and strengthens maritime security and peace in the region.”

Apparently not. and the Russians have operated from the Black Sea with impunity in the deadly assaults on Ukraine, including amphibious assault, a skill set which remains relevant in 21st century military operations it seems.

On November 16, 2021, we published an article on the exercise and labelled information war at sea.

If one would read the latest version of Russian military doctrine published this July, one would learn that information war is a key part of the overall Russian engagement with the West, and not merely in terms of direct military operations.

The Sea Breeze 2021 exercise highlighted how the Russians are engaging in widespread information war, and one to which the United States and its allies responded.

But one would find with difficulty either a translation of the Russian July publication or discussion by the United States of the information warfare which went on at Sea Breeze 2021.

The current conflict between Belarus/Russia and Poland is part of the same tissue of how the Russians engage in conflict with the West, although one would struggle to find much analysis which would connect up Sea Breeze 2021 with the current “border” crisis facing the Poles and Europe.

A rare exception with regard to coverage of Sea Breeze 2021 is an article by Liubov Tsybulska, head of the Ukraine Center for Strategic Communications and Information Security.

That article was published by the Ukrainian website EUROMAIDAN Press.

In the article, the author focuses on Russian actions during Sea Breeze 21, earlier iterations of the exercise saw Russian participation. But with the seizure of Crimea, and the wider Putin agenda with regard to Ukraine, these exercises are now treated by him as training grounds for military confrontation, 21st century style.

The author noted that the Russian operation to undercut Sea Breeze 21 followed the by now well established information war model evolved and perfected by the Kremlin.

“Such Russian operations are usually quite complex. They involve all major Russian intelligence agencies, target several audiences at once, all messages are consistent, well-tested, and communication channels cover several levels – the high official, media, social networks, and the highest official – the Russian president himself. The stages are usually as follows:

During Sea Breeze 21 there was a clear incident to which the campaign was then anchored, namely, the Russian attack on a British destroyer. Russia claimed that it fired warning shots and dropped bombs to deter HMS Defender operating In international waters off of Cap Fiolent on Crimea.

The Ukrainian author highlighted how the Russians then built that into their information war campaign.

“The day before the incident with the British destroyer, Putin says that NATO is expanding, breaking its promise not to do so. Another Putin’s return to the thesis of “red lines that Russia will define for itself.”

“The next day, just hours after the British destroyer’s innocent passage 12 miles from Crimea, the Russian embassy in the United States literally explodes with a tweet about the “aggressive character of the exercises” and calls on the US and NATO to stop them.

“From this moment, a massive information bombardment begins.

“Usually, the mechanism of this wave is quite simple: Russian intelligence sends “their” media, bloggers, and “experts” special “playbooks” with the main narratives that need to be actively disseminated.”

She concluded by this warning: “At a time when Russia still seeks to divide the world into zones of influence and argues that it has the right to decide our fate for us and without us, such actions of our partners seriously warn those who began to give in to Russia’s ambitions regarding Crimea and the surrounding waters.”

And an article published on July 1, 2021 and written by Pavel Felgenhauer highlighted the Russian approach evident during the exercise:

This year’s Sea Breeze maneuvers began on June 28, and they are planned to last for about two weeks. Before that, on June 23, the United Kingdom’s destroyer HMS Defender sailed from Odesa, Ukraine, to Batumi, Georgia. Passing the Crimean Cape Fiolent, close to Sevastopol (the main Russian naval base in the region), HMS Defender cut a corner by entering and then leaving the 12-mile territorial zone around occupied Crimea, in what is known as “innocent passage” under the 1982 United Nations Law of the Sea Convention (UNCLOS).

Since 2014, Moscow considers Crimean territorial waters to be Russian, but the international community recognizes them as Ukrainian. The Brits had a number of journalists onboard, and the decision to spook the Russians by a freedom of navigation operation was taken by the UK Cabinet. Two Russian Federal Security Service (FSB) Border Guard patrol boats and naval jet bombers intercepted the Defender. The Russians warned the British vessel to leave the area and eventually fired some warning shots—out of range and not directly aimed at the Defender. Both sides garnered lots of PR material, but the incident concluded without any injuries or damage (see EDM, June 24).

During the phone-in, Putin was asked about the HMS Defender: “Could the incident spook a world war?” He reassured his audience, “The threat was not real. This was a US and UK joint [sic] provocation to make us [the Russian military] open up while the Americans would be recording our response. We fed them [the Americans] false intel… But even if we would have sunk that ship [HMS Defender], this would not have provoked a world war, because the other side knows they cannot win such a war” (Kremlin.ru, June 30).

In March and April 2021, in a nation-wide mass mobilization of forces under the pretext of a “test of battle readiness,” over 300,000 soldiers and immense amounts of heavy weaponry were deployed in the field—at least half of them close to the Ukrainian border. The Russian military demonstrated its ability to fight and win a large conventional regional war (with Ukraine) while prepared to take on the US and its allies in a global (nuclear) conflict in case of an uncontrolled escalation (Militarynews.ru, April 29).

According to Putin, the Russian exercises caused distress in the West: “I ordered the defense ministry to slowly curtail the exercise and withdraw from Ukraine. But now, they reply by coming to our borders with Sea Breeze 2021” (Kremlin.ru, June 30).

And a Radio Free Europe/Radio Liberty article published on July 9, 2021 highlighted Russian actions in the information domain against Ukraine.

In a July 9 statement, the Defense Ministry said the “entire Kremlin propaganda machine” was involved in the hacking operation, which published false documents and fake news on the Navy’s website related to the Sea Breeze drills.

“The threat has now been eliminated and the Navy’s website will be restored in the near future,” it said, adding that there have also been unsuccessful denial-of-service attacks (DDoS) on the Defense Ministry portal.

That article published in mid-November provided a clear statement of Russian behavior which was clearly more than just mildly belligerent.

If one combined those actions with the July doctrinal statement plus Historian Putin’s essay on the future of Ukraine, their actions in the exercise were siimply part of the evolving narrative.

Rather than focusing on hybrid war and gray zone operations, we are talking about ongoing political-military operations by the 21st century authoritarian powers which are characterized by escalation and de-escalation to get tactical and strategic advantage.

And to put it bluntly: Russian actions surrounding Sea Breeze 21 should have made it very clear that some sort of action against Ukraine was in the cards.