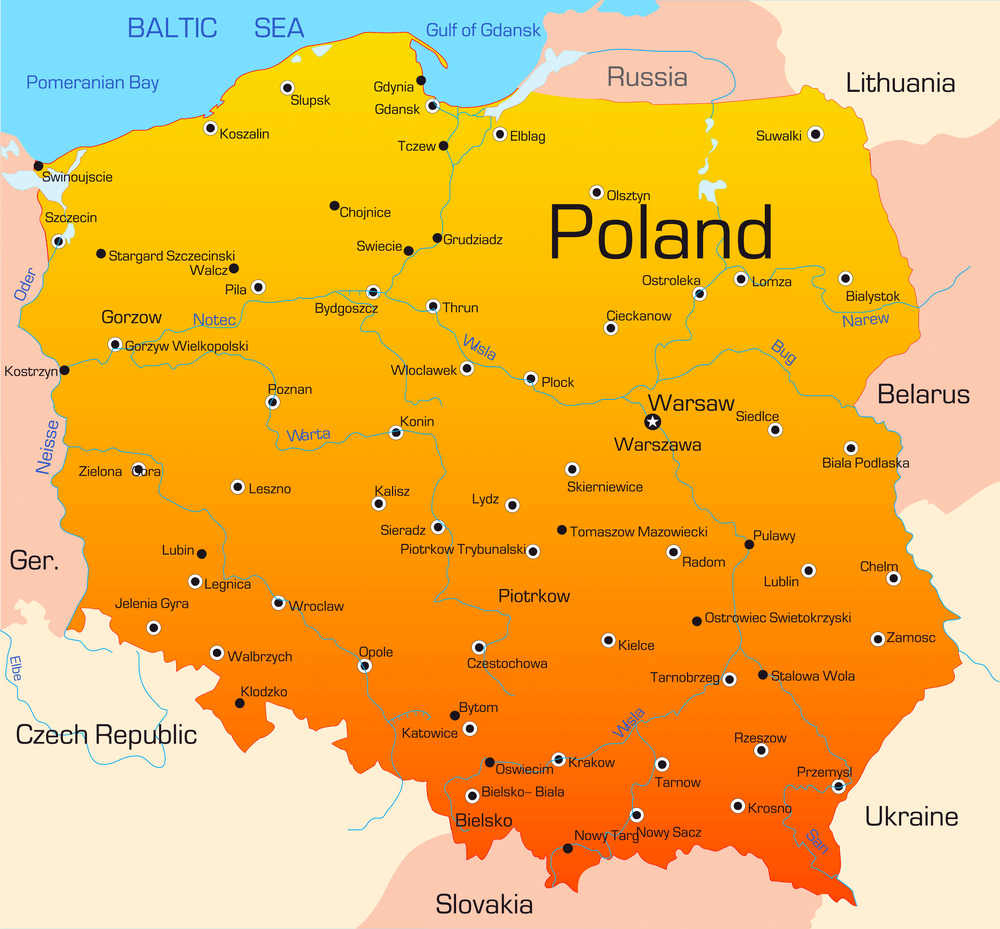 The migrant pressures on Europe have been a key policy tool for Putin for some time.

Driving people from Syria out into the Middle East and Europe is a clearly disruptive element.

And the operational takeover of Belarus’s territory in the run up to the Ukrainian crisis of 2022 was clearly evident in the Fall of 2021.

And the outpouring of migrants from Ukraine is almost as useful to the Putin agenda as an actual military invasion.

Now a European economy which has not recovered from the pandemic shutdown, has become a low growth economy, has signifiant tensions caused by migration, is now facing as a result of the war in Ukraine migrations on the level of the end of World War II.

During my visit to Poland in the Fall of 2021, the Poles clearly understood that the kind of “migrant” crisis being created by the Belarus-Russian dyad was about hybrid war, it was not a “migrant” crisis.

This is what I wrote in an article published on November 15, 2021 entitled “Poland Faces the Belarus/Russia Migrant Bettering Ram.”

I have visited Belarus in the past and have very clear memories of my time there. And with my recent visit to Poland, was reminded again of how Belarus is a border country in many respects, but one dominated by Russia.

The use of migrants by the Russians through the Belarus conduit operating as a battering ram against Poland, particularly, and Europe more generally, is something which the Poles have clearly focused upon and see as a direct threat to them and to Europe.

When I attended the Defence 24 Conference held in Warsaw in September, the topic of the “hybrid war” character of what was happening on the Polish border was discussed frequently throughout the conference. And when the Commanding General of the territorial forces discussed the formation of a new brigade to support border security, there was a clear sense of a direct threat to Polish security which had to be dealt with. When a humanitarian crisis is actually hybrid war then simply treating in the former terms misses the point.

It should be remembered that in the past border incursions have been used by authoritarian leaders to breach Polish territory and to ramp up conflict against Poland itself. It should therefore be no surprise that Poles are deeply concerned with these events, which have little to do with migrants but everything to do with the state of permanent war with the West that is described in the July 2, 2021 version of Russian military doctrine.

For those who don’t remember, this is how the German attack on Poland began in 1939.  In an article by Wojciech Zurawski published on August 29, 2014, this is how the prelude was highlighted:

Joachim Fulczyk still remembers the fateful radio broadcast 75 years ago this weekend that provided Adolf Hitler with a pretext to launch his invasion of Poland that sparked World War Two.

Now 83, Fulczyk listened with his mother and aunt to a brief address supposedly given by Polish saboteurs who had seized the local radio station in Gleiwitz, then located inside Nazi Germany, a few km from the Polish border.

“My mother, hearing the news (that Poles had taken the radio station), told her sister ‘this can’t be true’,” said Fulczyk, who still lives in Gleiwitz, now known by its Polish name Gliwice. The town became part of Poland after border changes following the 1945 defeat of Hitler’s Third Reich.

As Poles and Germans prepare to mark the 75th anniversary on Monday of Hitler’s invasion of Poland, historians and residents of Gliwice recalled the seizure of the radio station – still today Europe’s tallest wooden structure – and drew parallels with the role of media in modern conflicts such as Ukraine.

Andrzej Jarczewski, director of the museum now at the site of the radio station, recounted how Germans posing as Poles staged the attack on the evening of August 31, 1939, with the aim of providing justification for a German invasion of Poland.

Hitler made a speech in Berlin the next day citing the Gliwice attack and other similarly orchestrated incidents to justify his decision to storm Poland. World War Two began two days later when Britain and France declared war on Germany.

“The provocations in Gliwice and in some other places too were necessary to allow Hitler to make his speech, to say ‘we are innocent, the Poles started this war’,” said Jarczewski.

The Russian/Belarusian provocations that for the Poles defending their border against authoritarian states is not just important in itself but recalls a history which they have no intention of repeating.

I am going to stop the series at this point but will conclude it by reposting three final pieces, Brian Morra’s piece on the impact of 20 years of Western policy on Putin’s actions in 2022, mine on looking back and forward on Ukraine published by Breaking Defense and Paul Dibb’s piece on Russia and  war with Ukraine. We discuss Ukraine and several other critical defense strategic and technological issues shaping the way ahead for Western defense in our forthcoming book, Defense XXI.

For by the time Russia had de facto incorporated Belarus within its operational military area, it was clear he would take action against the government of Ukraine.

What that action would be was unclear as of the Fall of 2021, with most analysts who believed action to be imminent believing it would be a repeat of 2014 with the Russians incorporating “Russian” provinces in Ukraine and stopping there.

But the deepening of the alliance of China, and the capabilities of an authoritarian alliance to manage Western pressures, almost certainly was the final calculation for Putin that a wider invasion was possible and that he could manage any Western reactions.

He has made it abundantly clear over past several years, that he believed Russian nuclear military capabilities would stop the West from directly using force against him.

And as the Western policy community and military have atrophied their nuclear warfighting and crisis management skills confronting.a nuclear-armed power, he almost certainly believed he had little to fear from the kind of direct Western military intervention that could stop him.