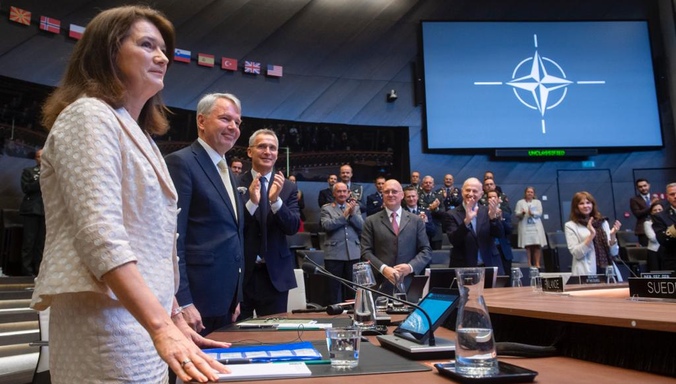 “NATO has enhanced its presence in the eastern part of the Alliance, with eight multinational battlegroups in Bulgaria, Estonia, Hungary, Latvia, Lithuania, Poland, Romania and Slovakia. These battlegroups are multinational, and combat-ready, demonstrating the strength of the transatlantic bond. Their presence makes clear that an attack on one Ally will be considered an attack on the whole Alliance. NATO’s battlegroups form part of the biggest reinforcement of NATO’s collective defence in a generation.”


In addition, NATO is in the process of adding two new members, Finland and Sweden which will impact significantly on how the Nordic nations approach of defense of their region within the broader European context.

“NATO Ambassadors signed the Accession Protocols for Finland and Sweden at NATO Headquarters on Tuesday (5 July 2022), in the presence of Finnish Foreign Minister Pekka Haavisto and Swedish Foreign Minister Ann Linde. NATO Secretary General Jens Stoltenberg said: “This is truly an historic moment. For Finland, for Sweden, for NATO, and for our shared security.”