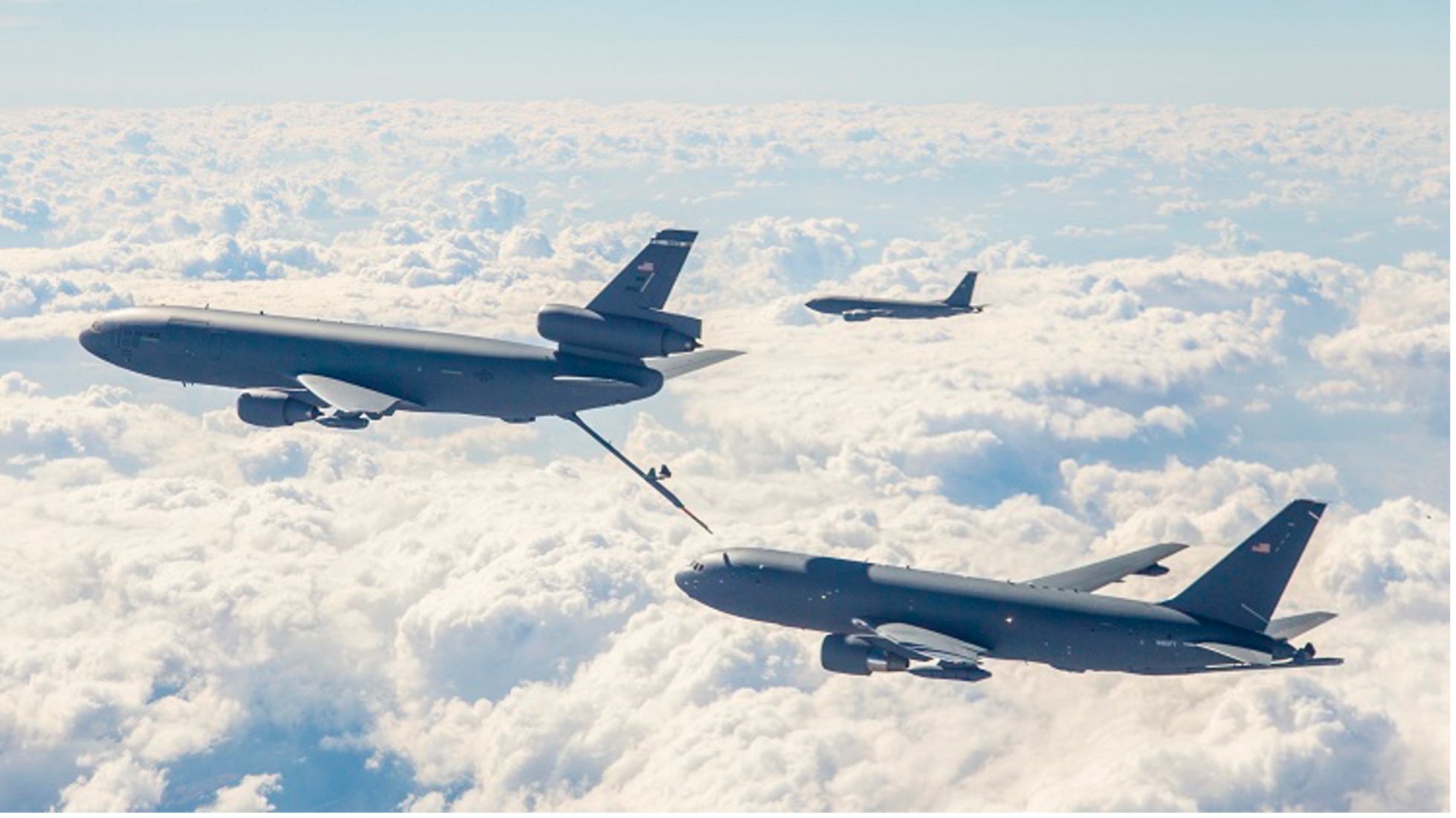 Dubbed KC-Y – or ‘bridge tanker’ – the non-developmental recapitalisation program will see the USAF acquire a proven tanker aircraft to bridge the gap between the Boeing KC-46A Pegasus which was selected under the KC-X program, and the next generation of tanker it expects to acquire under the nascent KC-Z requirement.

Based on the Boeing 767-2C, KC-46A production of a planned 179 units is expected to be completed by 2029, at which time the USAF will still be operating a large number of Boeing KC-135R/Ts which will have been in service since 1960. The service has also recently started considering a replacement for its larger KC-10A tanker, some of which have been earmarked for retirement in the next few years.

With the emphasis being on the acquisition of a non-developmental aircraft, the only real contenders for KC-Y would be additional KC-46As, or Airbus’s A330 MRTT. The MRTT first entered service with the RAAF in 2011, has been ordered by eight air arms, and has achieved a final operational capability with five operators.

Airbus and Lockheed Martin announced in 2018 that they would team to continue to propose the MRTT in the US market, and that any new aircraft would be manufactured at Mobile in Alabama alongside its A320 line.

A previous teaming of Northrop Grumman and Airbus was originally awarded the KC-X contract in 2008 with the MRTT, before it was overturned in Boeing’s favour in 2011. But the KC-46A continues to suffer from ongoing developmental delays including with its boom and remote vision system, resulting in more than US$5bn in losses for Boeing, and several missed service-entry and delivery milestones.

Few details on the KC-Y’s requirements have been released, but the USAF hopes to release an RFP in 2022.

This article was written by Andrew McLaughlin and published by ADBR on June 21, 2021.