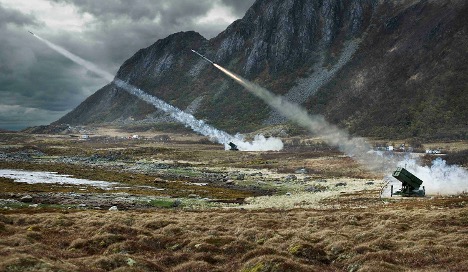 The Commonwealth has released a request for proposals (RFP) to industry for the Project AIR 6502 Phase 1 medium range ground-based air defence system for the ADF.

The release of the RFP has been framed with the Government’s desire to establish a Sovereign Guided Weapons and Explosive Ordnance Enterprise in Australia capable of designing, building, and sustaining precision weapons.

“The Request for Proposal will improve Defence’s understanding of the capability and likely availability and timelines of current and potential future systems that can meet Australia’s requirements,” Defence Industry Minister Melissa Price said in a release. “We are also seeking to understand how Australian industry can leverage the Sovereign Guided Weapons Enterprise in their proposals to harness existing or emerging local munitions production capabilities.”

The RFP says the AIR6502 Phase 1 project “will provide a deployable, (GBMRAD) capability designed to deter, deny and/or defeat air and missile threats to the Joint Force and valuable assets.” The system will be able to operate independently or as a component of the Joint Integrated Air and Missile Defence (JIAMD) capability.

The MRGBAD system will sit above the LAND 19 Phase 7B short-range (SRGBAD) system currently being developed by Raytheon Australia and Kongsberg Australia. The LAND 19 solution is based on the NASAMS system enhanced with Australian-designed CEA sensors, and Australian-built fire distribution centre (FDC), launchers, and high levels of local integration with Australian Army vehicles. The mobile enhanced NASAMS system will be integrated with the infra-red AIM-9X and radar-guided AMRAAM missiles.

Unlike the SRGBAD system, it is likely the MRGBAD system will be integrated with the Project AIR 6500 Phase 1 joint integrated air and missile defence (JIAMD) system, the requirements for which are currently being developed by Defence in conjunction with two shortlisted strategic partners, Northrop Grumman Australia and Lockheed Martin Australia.

This article was written by Andrew McLaughlin and published by ADBR on September 22, 2021.