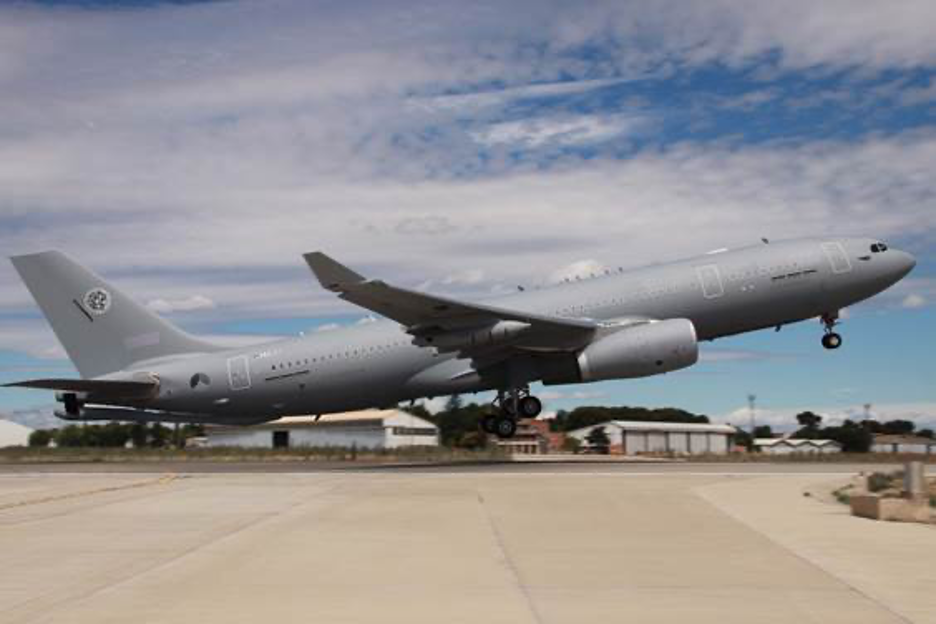 Airbus has formally delivered the first of eight Airbus A330 Multi Role Tanker Transport (MRTT) aircraft ordered by the NATO Multinational MRTT Fleet (MMF) after a ceremony held at the Airbus Getafe site in Spain.

The official acceptance of this first aircraft marks a decisive milestone towards the entry into service of this multinational unit formed by the Netherlands, Luxembourg, Norway, Germany, Belgium and the Czech Republic.

The aircraft will take off tomorrow towards its Main Operating Base located in Eindhoven, the Netherlands.

The MMF fleet will also operate from a secondlocation, the Forward Operating Base in Cologne, Germany.

Dirk Hoke, Chief Executive Officer of Airbus Defence and Space, said: “The NATO MMF programme perfectly represents the future of defence cooperation and shows the true success of the pooling and sharing concept.

“As a trusted partner for the armed forces, Airbus is extremely proud to see its A330 MRTT at the forefront and ready to secure decisive capabilities and interoperability for NATO partner nations.”

Peter Dohmen, NATO Support and Procurement Agency (NSPA) General Manager, said: “The MMF programme is a prime example of excellent cooperation between nations, the EU and NATO and the strong collaboration between OCCAR and NSPA.

“This unique state-of-the-art capability will enable our participating nations to perform a wide range of operations in multiple domains. We thank the nations for their continued trust in NSPA as the system manager and wish them success in their future missions.”

Matteo Bisceglia, Director of the Organisation for Joint Armament Cooperation (OCCAR), said: “The delivery of the first MMF aircraft marks a key milestone of the MMF ADS acquisition contract managed by OCCAR. OCCAR is proud to have delivered this aircraft to the customer on time without any shortfalls in performance or over cost.

“Key points for this success are the MMF Nations’ trust in the ability of NSPA and OCCAR to efficiently manage the Programme, the excellent cooperation with the EU and the willingness to succeed of the experienced MMF team.”

The MMF programme is funded by the six nations which will have the exclusive right to operate the NATO–owned aircraft in a pooling arrangement.

The aircraft will be configured for in-flight refuelling, the transport of passengers and cargo, and medical evacuation operations.

The European Defence Agency (EDA) initiated the MMF programme in 2012.

OCCAR manages the MMF acquisition phase and the first two years of the Initial In-Service-Support as Contract Executing Agent on behalf of NSPA.

Following the acquisition phase, NSPA will be responsible for the complete life-cycle management of the fleet.

The A330 MRTT combines the advanced technology of a new generation tanker with the operational experience recorded during more than 200,000 flight hours in service.

The A330 MRTT is interoperable with receivers worldwide and delivers true multi-role capabilities as proven during the recent MEDEVAC and strategic transport missions related to the COVID-19 pandemic.

The featured image shows the first A330 MRTT taking off during an industrial flight performed at Getafe, Spain.