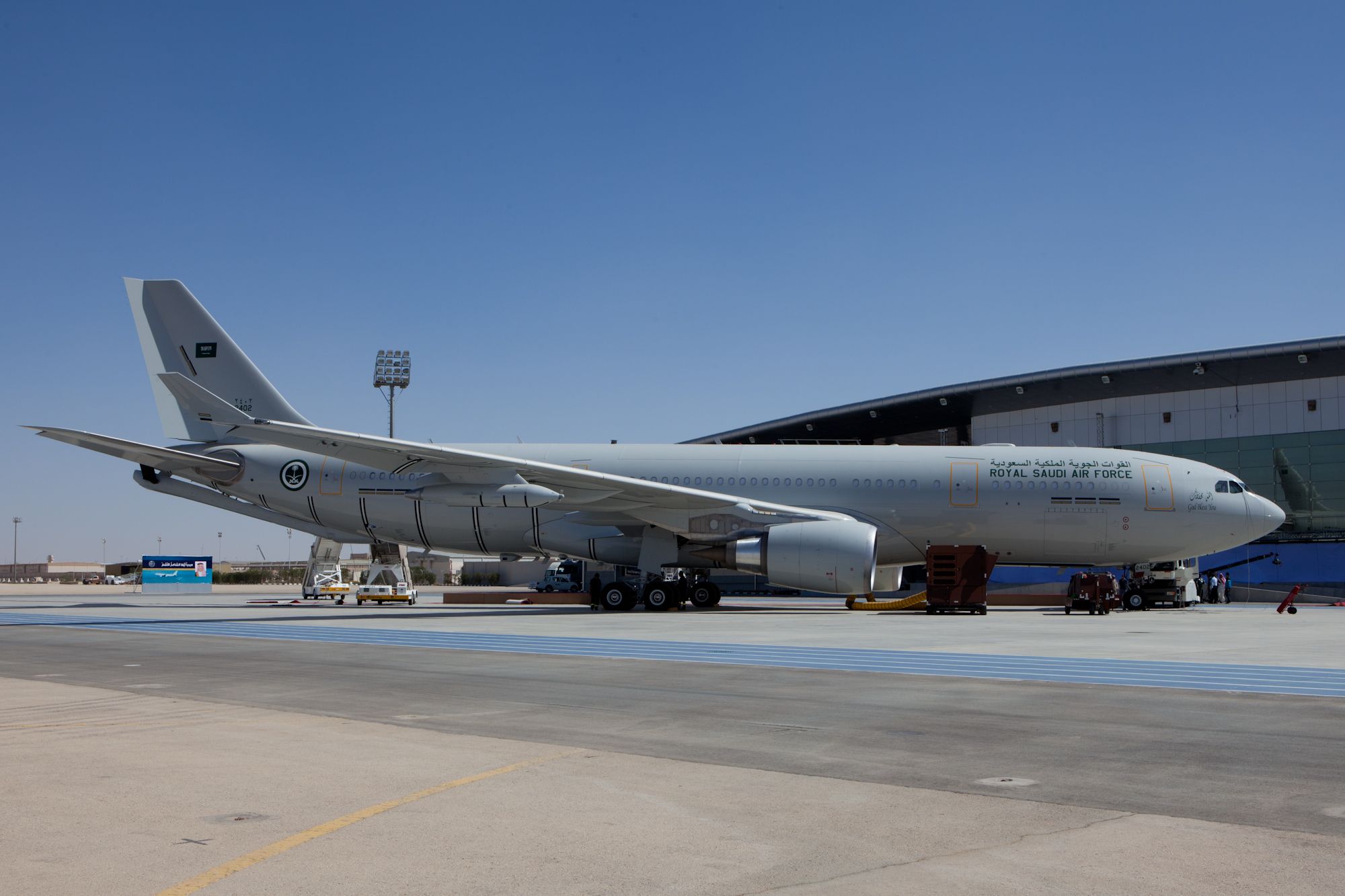 During the U.S. tanker competition, one journalist made the comment that this was simply a competition about a gas station in the sky.

This comment revealed only partial understanding of what a modern air tanker can bring to operations.

The A330 MRTT tanker  as a fleet provides the possibility for a network of flying air support systems engaged for a long time in an operational setting.

Much depends on how these assets become configured.

With the fuel carried in the wings, the large deck of the A330 can be used to host a variety of air support capabilities: routers, sensors, communication nodes, etc.

Such a configuration along with the fuel re-supply capabilities of the A330 tanker makes this a flying air operational support asset.

If the model selected is similar to the model downselected initially by the USAF, it is refuelable in flight.

With the space available in the aircraft – again because of the fact that the fuel for refueling is carried in the wings – a crew rest area can be provided.

This means that the air tankers can stay aloft for a significant period of time as the refuelers are themselves refueled.

This in turn means that the refueling aircraft as a fleet can have a strategic impact.

Once the planes are airborne and they have access to refuelers for their own operational autonomy, the fleet can tank a variety of national or coalition partners operating from dispersed or diverse airfields.

And the discretion possible airborne can allow nations to tank a variety of coalition partners, some of whom might not be favorite candidates if seen on the ground.

Nowhere is this more important than in areas with very constricted geography.

And the GCC states operate with very little strategic depth nation by nation.

SLD: A key reality for the UAE is geography.  They live in a congested geographical space with no strategic depth.

How does this shape their perspective?

Gervais: It is really a key dimension.

They have very little response time for any attack which would be mounted against them.  They have as you say no strategic depth.

This means that they have to prepare effectively in order to have an integrated deterrent.

But by deploying a fleet of A330 tankers, the GCC states can some strategic depth airborne. By having similar and shared assets and training, they can support one another’s fighters and other air assets and provide the capability for a nation’s planes to operate off of airfields  which are not their own.

This provides a significant enhancement of strategic depth of the sort required for deterrence by the GCC states of a state like Iran, which does have much greater strategic depth.

Notably, both Saudi Arabia and the UAE are buying similar A330 tankers and at numbers which would allow them to pool assets.

The acquisition of the aircraft and its use could well lead to the sort of concepts of operations suggested here.

Since that time, the UAE and the Saudis havel acquired A330MRTT tankers.

According to Airbus Defence and Space figures, they have delivered a total of 9 A330MRTTS, six to the Saudis and three to the UAE.

In addition to operations in the Middle East, the UAE and Saudi tankers have been used to support the deployment of the Saudi and UAE air forces to allied exercises, notably Red Flag.

For example, in 2015, the Saudi Air Force brought their F-15s to Red Flag tanked by their own A330MRTTs.

As Airbus Defence and Space noted in a press release dated June 11, 2014:

Airbus Defence and Space has congratulated the Royal Saudi Air Force on its successful deployment of eight F-15 fighters to the USA for Red Flag 2014 through the use of its new fleet of Airbus A330 MRTT Multi Role Tanker Transports.

Two A330 MRTTs were used to enable the deployment from Saudi Arabia to Nellis AFB in the USA on a three-leg journey of some 9,000nm (16,600km). After three weeks of highly realistic combat training in the USA, the fighters were returned home by the same means.
Staging through Moron AFB in Spain, and McGuire AFB in the USA, the A330 MRTT demonstrated its ability to support long-range oceanic deployments through the type’s first ever transatlantic deployment of fighters.

The two tankers were operated by the RSAF’s first combat-ready tranche of boom-qualified crews (pilots, air refuelling operators, mission operators) who successfully offloaded around a million pounds of fuel through the fly-by-wire boom during the mission despite challenging weather and light conditions.

Using the advanced planning systems of the MRTT, the crews were able to ensure complete safety of their respective formations through detailed real-time monitoring of the fuel state and diversion points of all the aircraft.

Airbus Defence and Space has been working with the RSAF since October last year to support the RSAF in the definition and accomplishment of the associated logistics – providing additional flight training, delivering spare Flyaway Kits and deploying technical specialists to the Main Operating Base as well as to fly on the missions. Philippe Galland said: “It was enormously satisfying to play our role in supporting this complex mission. “We greatly admire the RSAF’s accomplishment of this major deployment at a relatively early stage in their operation of the A330 MRTT.”

Similarly, the UAE has deployed to Red Flag with the support of its A330MRTT.

According to a story by Nigel Howarth published on February 28, 2014:

The United Arab Emirates Air Force recently deployed one of its A330 MRTT tankers to March AFB in California, stopping off at Manchester, England on both the outward and return legs.

The UAEAF has a fleet of 3 MRTTs and they have seldom been seen apart from occasional appearances at trade shows.

This may be the first time they have deployed one overseas in support of other assets, believed to be F-16s in this case, attending a Red Flag exercise at Nellis AFB in Nevada.