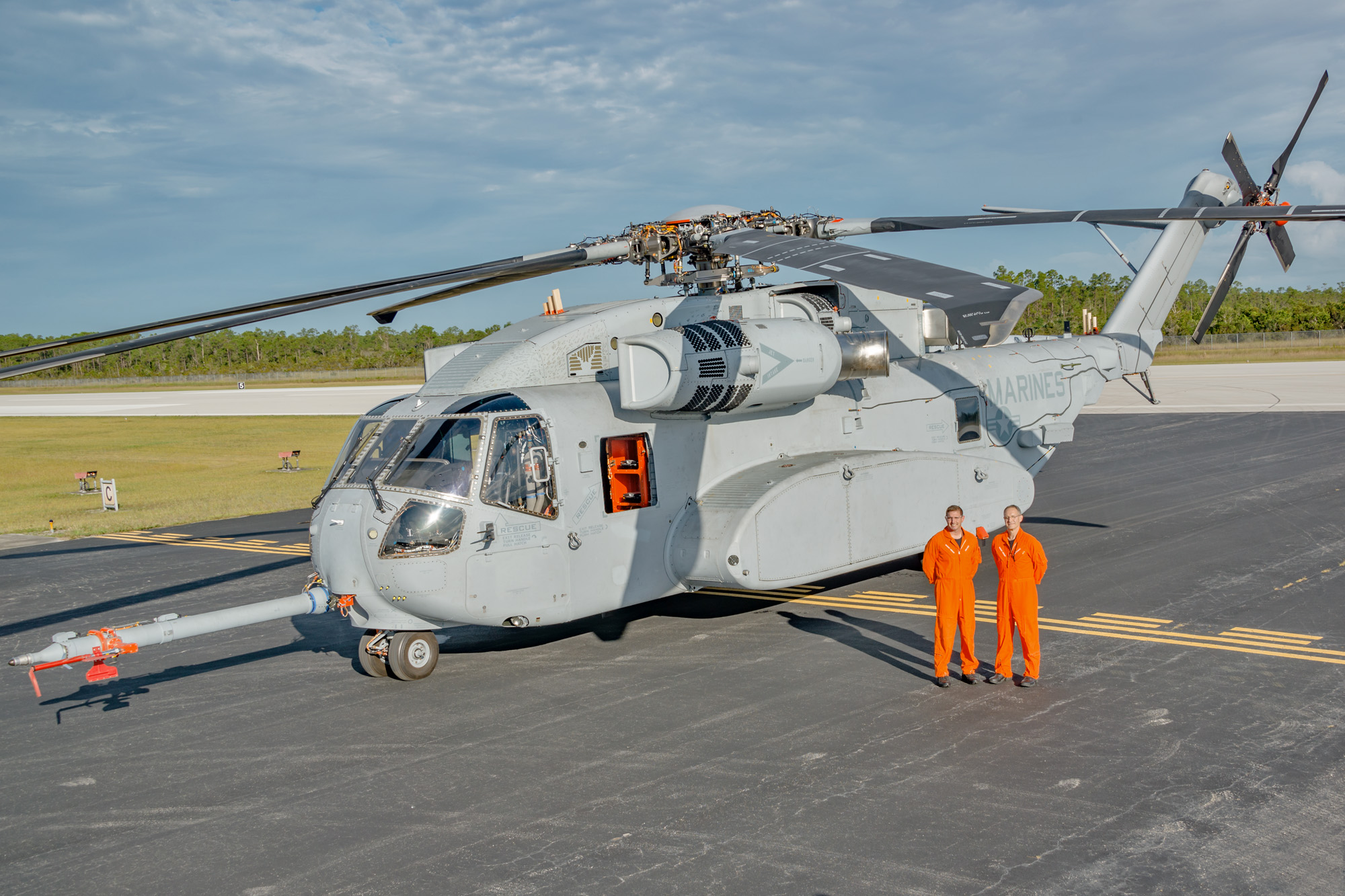 Sikorsky is ramping up its engagement to prepare its CH-53K offering to the German military.

According to a February 6, 2018, press release from Rheinmetall, they have signed a new teaming agreement with Sikorsky to support the bid to replace the CH-53 legacy heavy lift aircraft with the new CH-53K.

Rheinmetall brings a wealth of experience and knowledge to the Sikorsky STH team. With Sikorsky’s breadth and depth of heavy lift experience and Rheinmetall’s leadership as the lead teammate for STH sustainment, the German Air Force will experience the high levels of aircraft availability and reliability that Sikorsky customers have come to expect.

“With Rheinmetall as the strategic partner for Sikorsky, we are convinced that together we provide the best possible state-of-the-art aircraft for the German Air Force as successor for the legacy CH-53G fleet,” said Armin Papperger Rheinmetall CEO. “Furthermore, we stand strongly together in offering a cost-effective, reliable solution oriented to the needs of today’s operations, and able to evolve with the Armed Forces as its needs change over time.”

“Sikorsky has a 45-year history supporting the German Armed Forces fleet of CH-53G aircraft, and we are humbled by the opportunity to continue to serve the German Armed Forces for another 45 years with Sikorsky’s CH-53K,” said Dan Schultz, president of Sikorsky. “As a former CH-53 pilot, I can attest that this aircraft is truly the most capable heavy lift helicopter we have ever built. Sikorsky’s CH-53K, combined with Rheinmetall as our key German partner, is a winning solution for STH.”

Sikorsky and Rheinmetall will look to introduce more German teammates in the weeks to come. The team will leverage and build upon the deep knowledge and expertise of the German defense industry.

The CH-53K King Stallion advances Sikorsky’s 50 years of manufacturing and operational success of its CH-53A, CH-53D/G, and CH-53E. Built to thrive on the 21st-century battlefield, including shipboard operations, the CH-53K aircraft is an all-new aircraft, using modern intelligent design. The rugged CH-53K is designed to ensure reliability, low maintenance, high availability and enhanced survivability in the most austere and remote forward operating bases.

The U.S. Marine Corps will field the CH-53K as a fully-operational aircraft in 2019. By the time Germany receives its first aircraft, the CH-53K will have been in service with the U.S. Marine Corps for five years. The CH-53K provides the German Armed Forces with a proven heavy lift helicopter that can be entered into service seamlessly without need for upgrades for the next several decades.

The CH-53K helicopter is the best choice for completing missions like humanitarian aid, troop transport, casualty evacuation, support of special operations forces, and combat search and rescue. No matter the mission, the aircraft provides the highest degree of safety for its crew and occupants in all conditions.

With the legacy fleet of the CH-53G, Sikorsky has a long lasting strong relationship with the Bundeswehr, which Sikorsky looks forward to strengthening with the CH-53K. The CH-53K will enable the German Armed Forces to conduct real heavy lift operations. Intelligent, reliable, low maintenance and survivable, the CH-53K is the future of German Heavy Lift.

According to Flight Global: “The German government in late December authorised the BAAINBw acquisition agency to begin the procurement process for the heavy lift helicopters. A request for proposals is expected to be released in May, with a contact award set for early 2020.

“The competition represents the first head-to-head competition between the US-built King Stallion and Chinook.”

Defense News added: “An industry day is set for Feb. 28 in Koblenz, where the government will release details of its acquisition plan. A formal solicitation to industry is expected later this year…..

“The German defense company will provide maintenance, support and training, while the Lockheed Martin subsidiary would supply the hardware.

“Additional companies are expected to join the cooperation, according to a statement by Sikorsky.

“A Defence Ministry spokesman said the government is still in the process of evaluating the pros and cons of each aircraft, such as external and internal cargo transport.”

This article was first published on February 11, 2018.