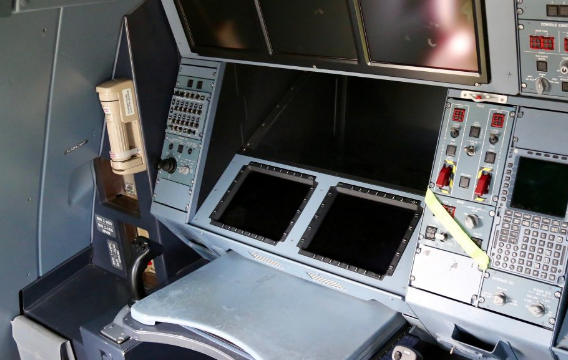 In an article first published on August 18, 2016, I reported on my visit to Amberley Airbase and my discussion with the RAAF’s 86th Wing Commander.

When I last visited Amberley airbase two years ago, the KC-30A was a project of concern.

Now it has become a key combat asset within the RAAF contribution to current Australian and allied Middle East operations.

This time with those operations ongoing, Pitch Black 2016 ramping up and the RAAF participating in Red Flag Alaska, there were few of the tankers and lifters at home in Amberly.

Group Captain Williams has a broad background in the air lift community, including time with the Caribous and then on to C-17s as well as being part of the team which set up the Aussie version of the TACC, namely, the Air Mobility Control Center of the AMCC located at Richmond Air Base.

We started by discussing the impact of the C-17 and then the KC-30A on the RAAF.

Clearly, moving from a C-130 ranged force to one with global reach has had a significant impact on the RAAF as well as upon policy makers.

But it also changes the nature of the challenge facing the AMCC as well.

Namely, the staff needs to have a global reach including working with various allied links in a global operation as well.

As Group Captain Williams put it: “The ability to reach out and affect the world has changed significantly for Australia.

“The idea a decade ago that we could effectively lodge a force anywhere in Europe and operate at short notice was unimaginable.

We discussed the challenges of operating a global fleet from a sustainment perspective and he highlighted that the C-17 is a relatively mature system in this regard whereas the KC-30A support structure was a work in progress.

“The KC-30A is a world class tanker but the support structure is being worked.

“The effects that we generate for C-17 through life support are effects that I would very much like to see embedded in the KC-30 enterprise.

“We have recently renegotiated, through our systems program office, our contract with Northrop Grumman Integrated Defense Services to move towards that goal.”

The importance of getting the sustainment right is central as an enabler for the KC-30A as a global weapons system for the Australian Defense Force (ADF).

“We’re very ambitious in the way we use the KC-30, but the sustainment enterprise is fragile.

“Whenever ambition and fragility meet, it takes a lot of management.”

Clearly, having the C-17 and KC-30 dyad has changed the way the RAAF can support the Australian Defence Force (ADF).

And I asked him to explain how the dyad works in terms of shaping RAAF operations.

“As a dyad, it’s an incredible enabler.

“For example, with regard to a ground force you can put the heavy equipment and heavy spares in the C-17, which specializes in outsized, overweight cargo.

“The KC-30, which can put most of the maintainers and ground combat force upstairs, most of their tooling downstairs and grab a couple of the jets on each wing. It gives you a much better way to hit the ground running.”

The dyad in other words provides flexible support to various ways to mix and match an insertion force.

And this kind of task force projection capability is central to the way the ADF is being transformed overall.

“There’s not many missions that we envisage for the land force that don’t involve them having organic mobility when they hit the ground, so definitely C-17’s a must for any trip Army will take on the KC-30.”

And the Group Captain described an example of how the dyad can support change with regard to the case of Australian Antarctic missions.

“The Australian Antarctic Division currently spend nearly a month in the scientific season leapfrogging helicopters towards the Pole to set up forward stores of fuel and food so that the over-land mission can get its way to the Pole to go and do the science.

“With a KC-30 and C-17 dyad, we could airdrop the science team’s support caches in one mission and provide them an extra month of time to do the science mission.

“That sort of enabler is the creative ways that these two aircraft can offer to government.

Group Captain Williams underscored that he believed that air-ground integration was in a very creative phase right now as the air lift force looked at ways to modernize and add capabilities onboard their aircraft to support more flexible ground operations.

He then highlighted the progress in getting clearances for the KC-30A to refuel fighter aircraft which expanded its contribution in the allied operations in the Middle East.

He highlighted as well the Training, Tactics and Procedures (TTPs) being executed by the tanker force in operating in the battlespace.

“We utilize as much freedom of action as we have inside that managed battle space to make ourselves as useful as we can be.

“The crews are profiting from enhanced communications and that broad situational awareness it offers by becoming a tanker that actively seeks to enable fighters in the battle space.

“The crews will be watching in their holding pattern while they’re waiting between tanking brackets.

“They’re watching, and they can tell from Link 16 that there’s a fighter up here or over there that’s getting low on gas.

“They’ve got this whole space to play in.

“They go and position themselves over the top and wait in case those fighters need gas.

“Currently, half our flight hours in the tanker is occurring in the Middle East.”

He discussed the future of the tanker in terms of getting on with the boom.

“Three years ago we had problems with the pods; now they work fine.

“We are having some issues with the boom, but those problems will be worked out and I am looking forward to a future that could even include an autonomous boom.

“The pilots can focus on that task but the guy who gets fatigued first, he’s actually the boom operator.

“We are learning where our limits are and what we can target to move those limits further. What interests me with an autonomous boom is get more contacts out of the tanker during its time on station.”

Another capability he would like to see on the tanker is beyond line of site communications for the ground and naval forces.

“I look forward to us becoming an information provider within the battlespace as well.”

Finally, he discussed the recent visit to Europe whereby the KC-30A crew supported the ADF contingent which was attending the Bastille Day parade and also visited RIAT, the UK, French and Italian air tanking bases as well.

“We are learning from each other and we look to the A330MRTT Users’ Group to provide ways to learn in the future as well as the fleet grows in size and experience.

“I definitely see a role for Australia in that forum.”

The featured photo was shot by the author during the visit to Amberley air base and shows the tanking station onboard the KC-30A.