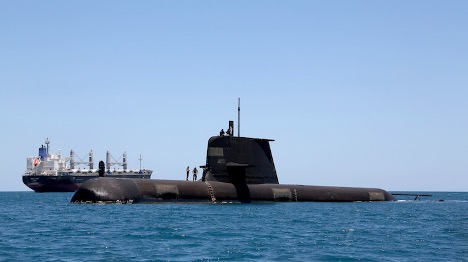 “That was pretty much a deal breaker,” he told the Submarine Institute of Australia (SIA) conference in Adelaide on November 9. “If the hull couldn’t go the extra distance, there was no point in doing life extension. I know that work was done. I know the answer was favourable, and I know the answer was peer-reviewed by both (the US Navy’s) NAVSEA, and Saab-Kockums.”

All six Collins boats are to undergo a LOTE, beginning with HMAS Farncomb in 2026. The last boat – HMAS Rankin – is scheduled to be decommissioned in 2048. Under LOTE, electric motors, diesel engines, and generators will be replaced, as these items present a medium-to-high risk of causing the Collins boats to not meet the planned withdrawal dates.

CAPT LeRaye said LOTE was not just a case of replacing systems in the Collins class with the same technology as had been proposed for the abandoned Attack class boats. “LOTE is replacing these systems because we must,” he said. “We must do it to mitigate or to eliminate in essence the highest risk to achieving the amended planned withdrawal date.”

“We have completed concepts designs for an optronics capability to replace the search periscope. We are ready to go if government do make a decision to proceed,” he said.

This article was published by ADBR on November 9, 2021 and was written by Max Blenkin.