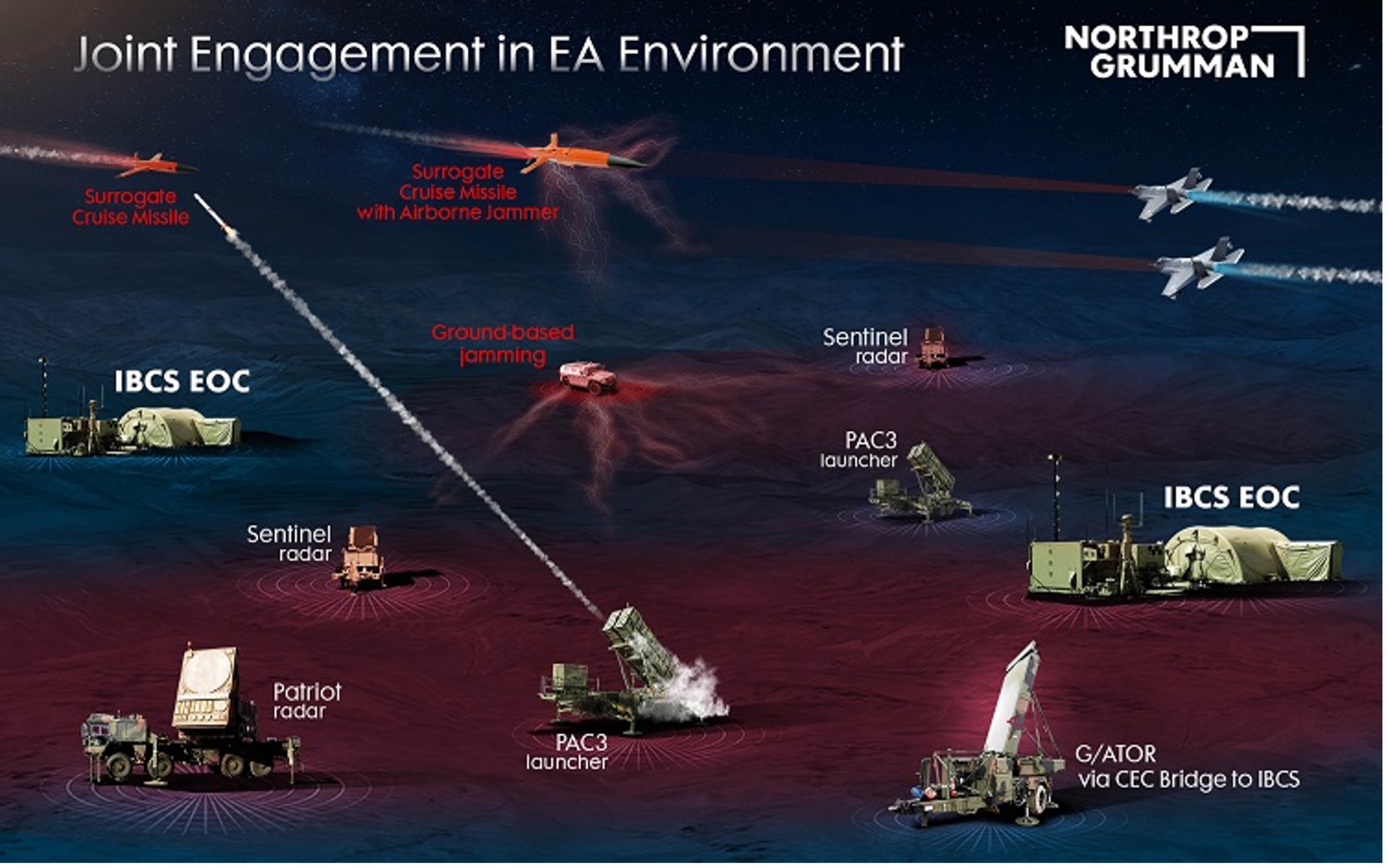 The test at White Sands Missile Range in New Mexico demonstrated the integration of IBCS and the US Marine Corps TPS-80 G/ATOR radar, as well as two US Army Sentinel radars and one Patriot radar.

For the first time the test incorporated live testing and demonstration of a Joint Track Manager Capability (JTMC) which provided a bridge between IBCS and the US Navy’s Cooperative Engagement Capability (CEC), enabling the sharing of G/ATOR track data on the IBCS Integrated Fire Control Network (IFCN).

The flight test also saw data from the sensors of two Lockheed Martin F-35 combat aircraft integrated with the IFCN, contributing to the IBCS developed joint composite track used to perform the engagement.

“The integration of additional sensors from multiple services continues to show the power inherent in the IBCS architecture and design to incorporate and integrate joint sensors across multiple domains,” Northrop Grumman’s vice president and general manager, combat systems and mission readiness, Christine Harbison said in a release. “By enabling joint operation and utilizing multiple sensors operating in various bands, IBCS was able to operate through the electronic attack environment so soldiers can identify, track and ultimately intercept the threat.”

The intercept scenario saw two surrogate cruise missiles launched, one of which performed the electronic attack mission and the other a threat profile against friendly assets. The IBCS tracked the targets, identified the threatening missile, and launch a Patriot Advanced Capability Three (PAC-3) interceptor.

IBCS is expected to be a key component of Northrop Grumman’s offering to the ADF’s Project AIR 6500 Integrated Air Defence System requirement, a down-select for which is reportedly due to be announced soon.

This article was written by Andrew McLaughlin and published by ADBR on July 20, 2021.