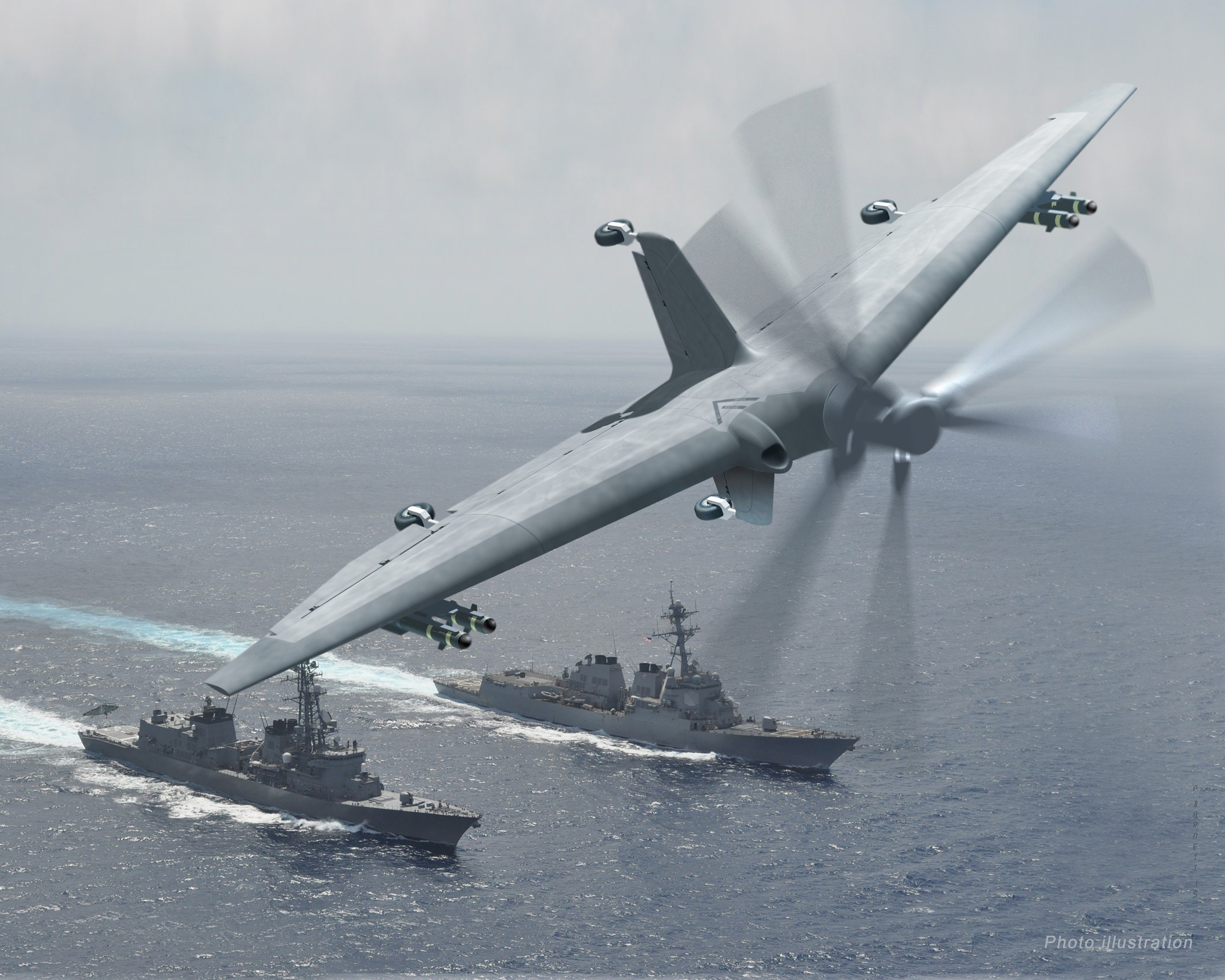 In an article published by USNI News on May 7, 2019, Ben Warner provided an update from the National Harbor Naval Show with regard to the way ahead for the USMC and their new Class IV UAV.

The Marine Corps is still evaluating what it wants its proposed large unmanned vehicle to accomplish, but the service wants to issue an airframe request for information in Fiscal Year 2020.

“We hope to have a flying early operational capability in 2026,” Rudder said.

As for what else MUX could or should do, Rudder said the Marine Corps is still drawing up a wish list to see what is possible and what missions can be accomplished by other platforms, such as the F-35 Lightning II Joint Strike Fighter.

“The one thing about MUX is there’s not a MUX out there right now,” Rudder said.

As the Marine Corps prioritizes what else it wants MUX to accomplish besides providing early warning capabilities, other factors being considered include balancing the weight of sensors with how much power is required to propel the aircraft, how much fuel is needed to power the aircraft and how long the aircraft can remain aloft.

“We’d like to have the same time on station as other platforms,” Rudder said. “We’re still working on the physics of operating off the deck of a ship…..”

The Marines want MUX to have about eight hours on station and a range of about 350 nautical miles from a ship, USNI News previously reported.

There is no speed requirement, but the Marines want MUX to be able to fly at about 200 knots.