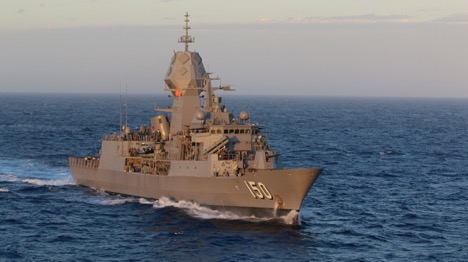 Described by Defence as “one of the most advanced, sovereign air search radar capabilities in the world”, the Australian-designed, developed, and manufactured CEA CEAFAR-2L Phased Array Radar system has replaced the original air search radar installed on the ships when built in the 1990s as part of the Anzac Midlife Capability Assurance Program (AMCAP) upgrade.

Chief of Navy VADM Mike Noonan added, “This technology has delivered a significantly advanced air warfare and missile self-defence capability to Navy’s Anzac Class frigates and provides Navy with one of the most advanced, sovereign air search radar capabilities in the world. The close partnership between Government and Australian industry is crucial to this Australian success story.”

The upgrade program is managed by the Warship Asset Management Agreement Alliance and is being conducted at Henderson in WA. All eight ANZAC class frigates are scheduled to have completed their AMCAP upgrade by 2023.

This story was written by Andrew McLaughlin and published by ADBR on August 11, 2021.