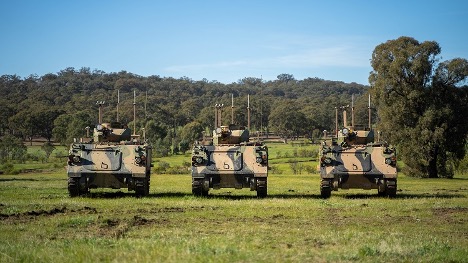 Fitted with a BAE Systems-developed vehicle management system that enables the vehicles to be operated autonomously, the vehicles will be used as part of a demonstration program to investigate the benefits of integrated autonomous technologies on future battlefields.

The program comes after four OCCVs participated in Exercise Koolendong, a live-fire warfighting exercise in the Northern Territory which tested the vehicles’ ability to operate in harsh combat environments.

“It’s exciting because we have a unique opportunity to partner and work with Army to develop this technology together,” Director of BAE Systems Australia’s Red Ochre Labs, Adam Watson said in a release. “This way we can ensure the best capability and value for money.”

This article was written by Andrew McLaughlin by ADBR on November 25, 2021.