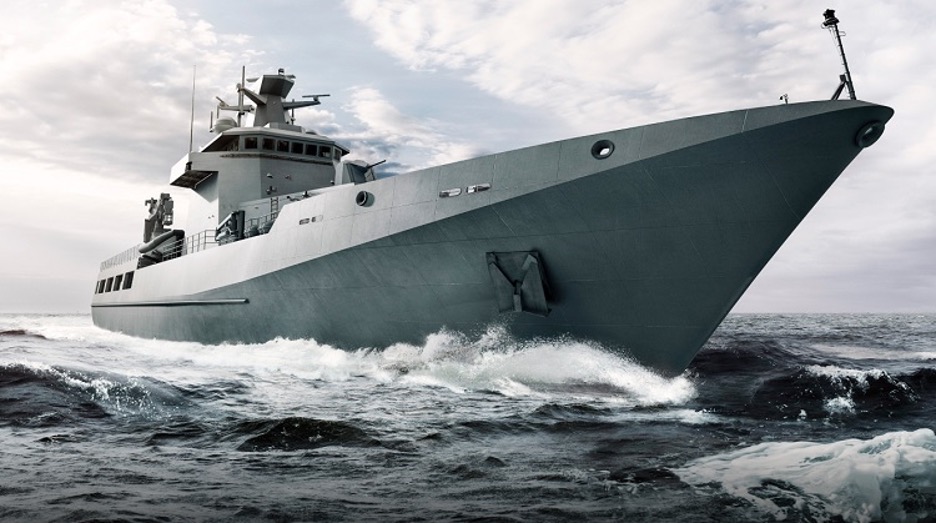 A development of the Luerssen OPV80 currently being built for the Royal Australian Navy as the Arafura class offshore patrol vessel (OPV) has been selected to fulfill the ADF’s Project SEA1905 Phase 1 Mine Countermeasures (MCM) and Survey Vessel requirement.

Designed to replace the Huon class MCM and Melville class hydrographic ships in RAN service, the new vessels will be constructed at the Henderson Shipyard near Fremantle in WA on the same line as the Arafura class vessels. The new MCM and vessels will also incorporate new autonomous surface and underwater vehicles designed to better find sea mines or the survey the ocean floor.

“Following the election commitment made by the Federal Government in 2019, we are bringing forward the replacement of the Huon-class vessel from the 2030’s to the mid 2020’s,” Defence Minister Senator Linda Reynolds said in a statement. “We are also committed to constructing a new hydrographic capability.

“These vessels will help Navy navigate more confidently throughout the region, and safely clear minefields with the use of autonomous technologies,” she said.

Four Arafura class OPVs are currently in construction, the first two at Osborne at Port Adelaide in South Australia, and two at Henderson.

An Invitation to Register and Request for Information seeking for various components and integration of the SEA1905 Phase 1 mission management system and robotic and autonomous systems has been released on the AusTender website.

This article was written by Andrew McLaughlin and published by ADBR on January 29, 2021.