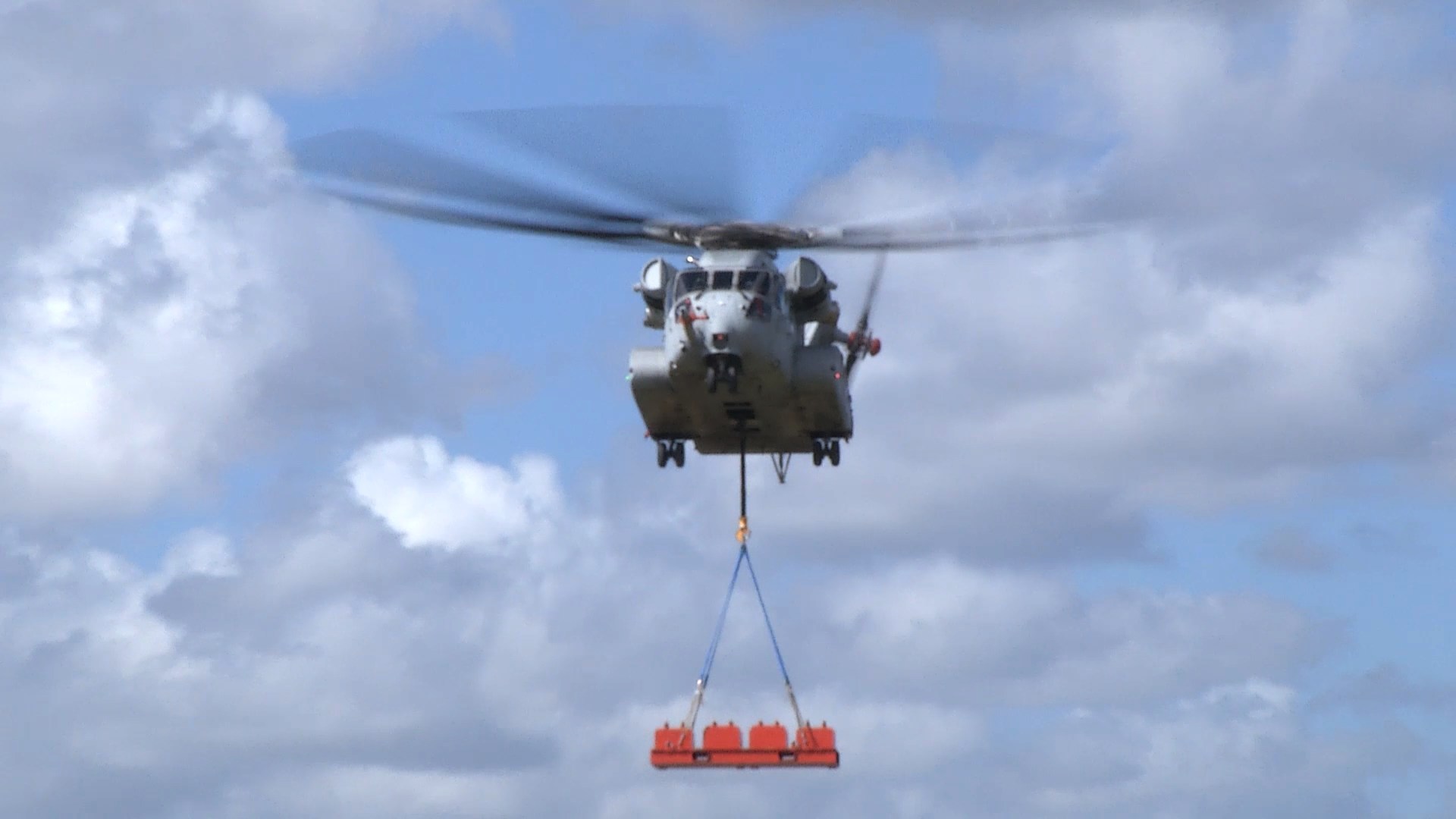 The Sikorsky CH-53K King Stallion completed an external lift of a 36,000-pound payload at the Sikorsky Development Flight Center, achieving a maximum weight on the single center point cargo hook.

This milestone marks completion of critical flight envelope expansion activities for the CH-53K as Sikorsky prepares to deliver the first aircraft to the U.S. Marine Corps this year.

The CH-53K lifted the external load of 36,000 lbs. into a hover followed by flight demonstrating satisfactory handling qualities and structural margins.  The gross weight of the aircraft topped out at just over 91,000 lbs., making this the heaviest helicopter ever flown by Sikorsky

Prior to the 36,000-lb. lift, the CH-53K lifted various external payloads up to 27,000 lbs. including a Joint Light Tacticle Vehicle (JLTV). The CH-53K can carry a 27,000 lb. external load over 110 nautical miles in high/hot conditions, which is more than triple the external load carrying capacity of the legacy CH-53E aircraft.

Other flight envelope accomplishments include tethered hover demonstrating flight speeds to 200 knots, angle of bank to 60 degrees, takeoffs and landings from sloped surfaces up to 12 degrees, external load auto-jettison, and gunfire testing.

“The payload capability of this helicopter is unmatched, triple that of its predecessor and better than any other heavy lift helicopter in production,” said Col. Hank Vanderborght, U.S. Marine Corps Program Manager for the Naval Air Systems Command’s Heavy Lift Helicopters Program. “The CH-53K program continues on pace to deploy this incredible heavy lift capability to our warfighters.”

The CH-53K is also garnering international interest as well.