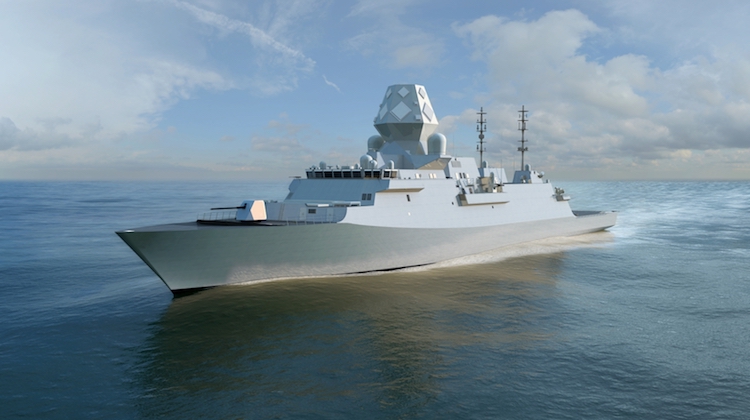 Once the nine new Hunter class frigates are in the water, Australia will possess 12 Aegis warships, the largest fleet of Aegis-equipped vessels outside of the United States.

HMAS Brisbane‘s activity features live firing of missiles, including using the ship’s Cooperative Engagement Capability where the ship fires on targets acquired by other platforms.

At Pacific 2017, even before announcing that the BAE Systems’ Type 26-based Global Combat Ship would be the preferred design for the Navy’s future anti-submarine warfare frigates, the government announced the new ships would be equipped with the Lockheed Martin Aegis combat system.

Following hull selection, Lockheed Martin and Saab were selected to perform the integration of Aegis into the new ships, in conjunction with an Australian tactical interface by Saab.

“They (the government) recognised that the Aegis weapon system is the most potent combat management system essentially in the world today for high end warfare,” said Rob Milligan, Lockheed Martin’s head of Australian surface ship programs.

“The Hunter-class primary focus is anti-submarine warfare. If you don’t have an air warfare capability, your ASW frigate will end up on the bottom of the ocean.”

Under project SEA 4000 Phase 6, the DDGs will be upgraded to Baseline 9, a significant capability enhancement. And should the government decide, Baseline 9 would permit an anti-ballistic missile capability, using SM-3 or SM-6 missiles.

With that upgrade, the plan is to standardise the Aegis and Australian tactical interface across all 12 vessels, much simplifying support.

“we understand the Australian government will look to standardise those two combat systems across Hunter and Hobart,” Mr Milligan said. “You will have 12 of the same. Your logistics tail is significantly reduced.”

Neale Prescott, Lockheed Martin Australia business development manager, said Defence was approaching those from a program perspective. “They want to try and align these classes of ships, with Aegis at its core. Navy is going to have a combat capability that is really consistent, in terms of their weapons, their training and fighting performance of those ships.”

This article was first published by ADBR on October 11, 2019.