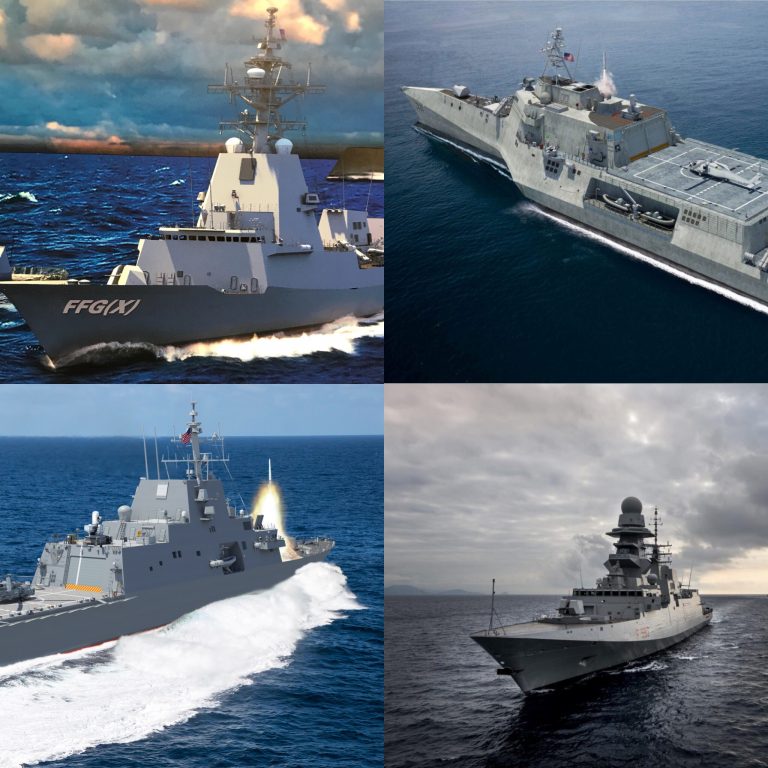 There is a great US Navy quip about a surface combatant : “Captain we are underway with no way on.”

This saying is essentially reporting that the ship is trying to go forward but it is stopped by currents or other forces and drifting.

In a very insightful article recently published by USNI and written by Megan Eckstein, she perfectly captures a Navy leadership dynamic that tells friend or foe that the US Navy  certainly has “way on” into 21st Century war.

Navy Homing in on Requirement for Next Large Combatant; Industry Talks Start This Week

The insights presented by Rear Adm. Ron Boxall (OPNAV N96) and supported by CNO Admiral John Richardson with solid  industry dynamic  support is a real signal to all that in the grand historical tradition forward from the Navy’s first “6 Frigates” to this day and into the future, the fighting Navy is designing scalable forces at sea that can win today and tomorrow anywhere and anytime in any Ocean.

First of all, Admiral Boxall underscore: “The future surface combatant will not be called a destroyer.

“The Admiral wants to get away from viewing the future ship as a one-for-one replacement for today’s Arleigh Burke class, and the narrative of “large surface combatant” and “small surface combatant” forces the Navy to think about designing and operating the two in tandem.”

Second, he emphasized that “Chief of Naval Operations Adm. John Richardson has demanded flexibility and adaptability from the future large surface combatant, and the Flight III design cannot deliver.”

Welcome to US Navy “Kill Web” thinking, where no platform fighting alone in the air, on the surface and sub-service forces all together going into the future.

“We shouldn’t look at ship to ship; we should look at the force.

“And I would argue that I think we can get more bang for the buck out of our force out of these lethal small frigates I’m very excited about,” Admiral Boxall said.

The dynamic of ship design has been in an historically different cycle time from that of combat aircraft design trends.

The learning curve to improve sensors, system capability and weapons carried quickly compared to building another airframe may be a new American way of industrial surging.

The American arsenal of democracy may be shifting from an industrial production line to a clean room and a computer lab as key shapers of competitive advantage.

The F-35B in the Perspective of Aviation History

The dynamic of shifting to technological improvements in both aviation airframe design as with ship hull design must be undertaken with a vision for growth into unknown capturing battle tipping dynamic sensor/shooter improvements over time.

To understand Payload utility with full honor to John Boyd, it can be noted that Observe/Orient (OO) is essentially target acquisition, and Decide/Act (DA) is target engagement.

Thus there is a very simple formula, better and better TA and TE =more effective employment of all payloads available to the battle commander.

It is the process of understanding the huge complexities in such a simple formula that is the challenge.

Effective employment of a Payload utility (Pu) function in combat can be seen as the end point of many human decisions aided by technology.

It is an attempt to bring together with a unifying central focus for analysis a coherent interconnected vision capturing both a shift in looking at legacy systems and a way ahead in modernization programs.

Modernization and mobilization must both exist in harmony, because numbers also do count.

Shaping a Way Ahead to Prepare for 21st Century Conflicts: Payload-Utility Capabilities and the Kill Web

The CNO and Admiral Boxall well understand the Payload utility dynamic for the next round of shipbuilding.

Thinking about building a scalable interconnected fleet of many air and sea assets to fight and win is captured perfectly in the USNI article.

Every peer-competitor that can become an enemy of America and the American Navy must understand the lasting words of the great Navy theorist Alfred Thayer Mahan, of whom John Keegan called “the most important American strategist of the nineteenth century.

“Mahan made a seminal point about fighting a war that rings true to this day, and specifically note the emphasis on “offensively and aggressively”:

“War, once declared, must be waged offensively, aggressively.

“The enemy must not be fended off, but smitten down.

“You may then spare him every exaction, relinquish every gain, but ’til then he must be struck incessantly and remorselessly.”

Ed Timperlake is a graduate of the US Naval Academy and served as a USMC fighter pilot and became CO of VMFA-321.

We regularly review USNI books in our book review section of defense.info.

The featured photo is of the potential new frigate for the US Navy.