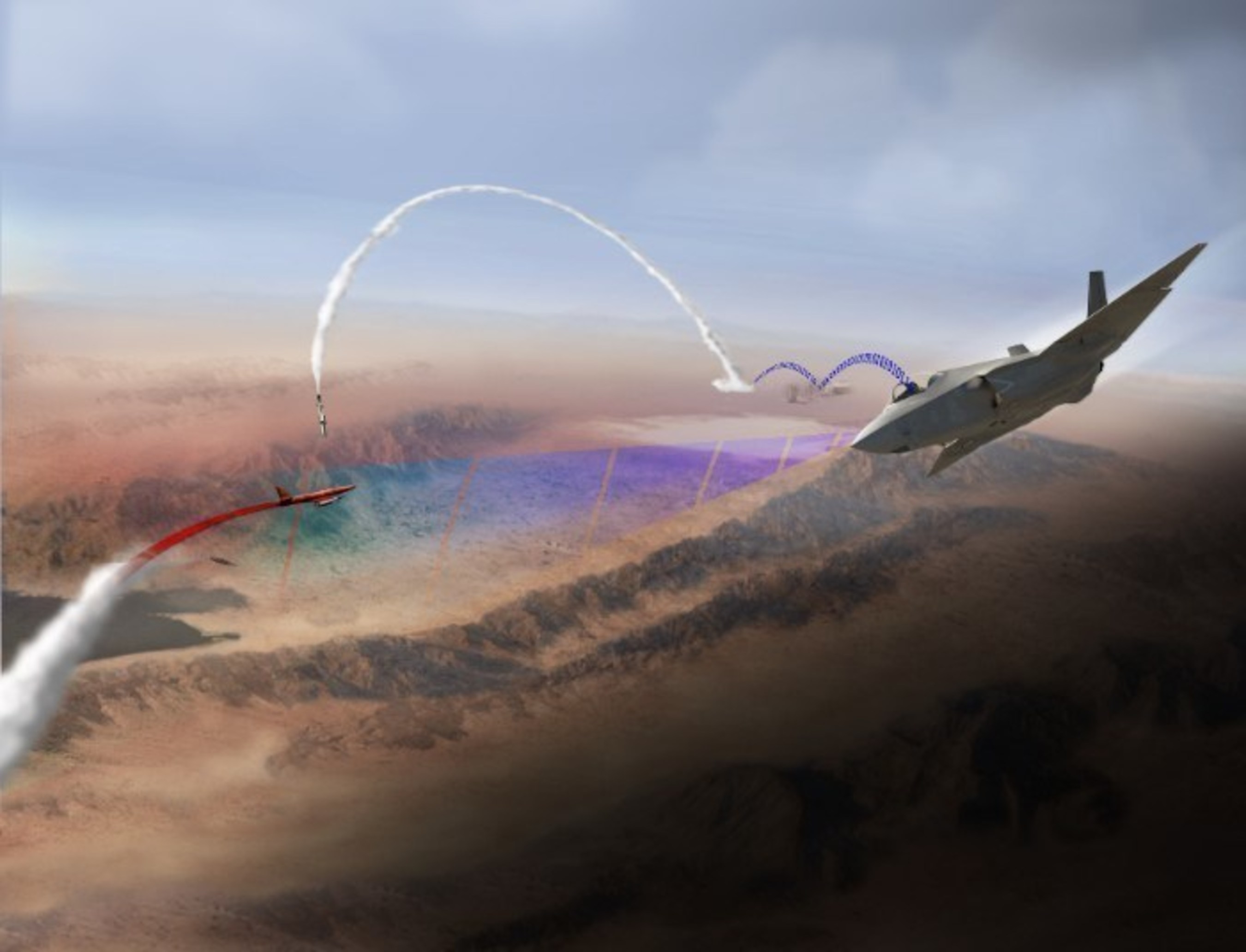 There are only two 5th generation fighters in the world today, the F-35 and the F-22. They are the ultimate aircraft for air supremacy, strategic strike, and enemy air defense suppression and the best the world has ever seen with stealth capability that is leaps and bounds ahead of the previous 4th generation fighters, to collect sensor combat data and to avoid being seen by the best air defense sensors of the near peers, China and Russia.

The F-22 which is no longer in production operates in high altitudes, super gliding in its air supremacy role and strategic strike missions it masters.

The F-35 is a different story, where it’s most capable mission and what it is required to do best is suppress and penetrate into the most complex and sophisticated air defenses including the near peer Anti-Access/Area Denial (A2/AD) areas to enable air superiority, freedom of land and sea forces, and air dominance.

The F-35 provides live combat targeting solutions for any and all threats it picks up, on its 360-degree sphere in altitude that it flies, with its passive Distributed Aperture System (DAS) that has sensors located on the bottom, the top, the front, the back, and on both sides of the plane.

The F-35 can then distribute this information instantly and with stealth to other F-35s to triangulate multiple targets with exact precision for their own weapon systems through the Multifunction Advanced Data Link (MADL). They can also use other limited broadband links like Link 16 to bomber/striker aircraft layered behind in the air at standoff distances, and/or below to Aegis ships on the sea, and to the ground with Army air defense and artillery systems.

The future technology development that is already inherently built in the F-35 is being tested and developing to expand its cross domain role in missile defense by leveraging the MADL to instantly connect to Aegis ships providing air defense to the carrier battle groups, the Army air defense systems like the Terminal High Altitude Area Defense (THAAD), Patriot, and Long-Range Precision Fires, close combat air support for the Marines/Army, and for Boost Phase Intercept (BPI) against all ranges of ballistic missiles limited by  long range air to air interceptors which are also being developed to increase range.

Most intriguing is that with its inherent sensor capability, the F-35 could track and discriminate hypersonic missiles and provide firing solutions to strike the long-distance cruise missile platforms, air or sea, before these platforms launches its cruise missiles.

Negating the Archer rather than having to negate all of the arrows.

To further force multiply the F-35s capability and capacity will be the interoperability of our allies who are purchasing F-35s in massive quantities (United Kingdom, Italy, the Netherlands, Turkey, Australia, Norway, Denmark, Canada, Israel, Japan, and the Republic of Korea). There are over 300 F-35s today and there will be over 600 by 2020 and over a 1,000 by 2022.

This is coalition capacity building at its best.

For the ballistic missile defense mission, nothing is more significant than when the DAS accidentally picked up and tracked a space rocket launch out of Cape Canaveral, Florida when it was on a test flight in Virginia, over 800 miles away to south of the sensor’s location, on June 4, 2010.

In addition, the F-35 has one of the most powerful X-band active radars, the AN/APG-81 radar system, at the front of the aircraft that when turned on can discriminate and track precisely small objects – which an X-band radar does best – from drones to ballistic missiles warheads through separation of first stage.

This was proven at White Sands Missile Range in 2016 with the F-35 directing a Standard Missile-6 (SM-6) to intercept a cruise missile drone.

Both the passive DAS and active AN/APG-81 sensors of the F-35 can track and target drones, maneuverable cruise, hypersonic, and ballistic missiles in 360 degrees spheres – including Intercontinental Ballistic Missiles (ICBMs) – providing real time combat targeting of multitudes of threats that in the near future can be linked through command and control of the Navy’s Naval Integrated Fire Control – Counter Air (NIFC-CA) and the Air Force’s Air and Space Operations Centers (AOCs) to enable interceptors and strike to the missiles in flight, sensors that are guiding them and launchers they came from.

This remarkable aircraft, the F-35 was developed in a capability-based era, with vast committees and millions of decisions across the three services and with our allies. It took 16 years to develop and at a cost of $60 billion.

Three different planes came out of this investment – the F-35A for the Air Force, the F-35B for the Marines which does vertical take offs and landings, and F-35C for the Navy to land and take off on Carriers.

These planes were not designed or required for the complex Integrated Air and Missile Defense (IAMD), Hypersonic, Boost Phase, and Ballistic missile defense missions, yet they have existing, and inherent outstanding capabilities already built on the plane that can be applied to the air and missile defense mission.

The F-35 is a tremendous amount of capacity and capability globally to bring to and win the missile defense fight and its coming to a regional theater near you.

Riki Ellison is Chairman and Founder of the Missile Defense Advocacy Alliance.