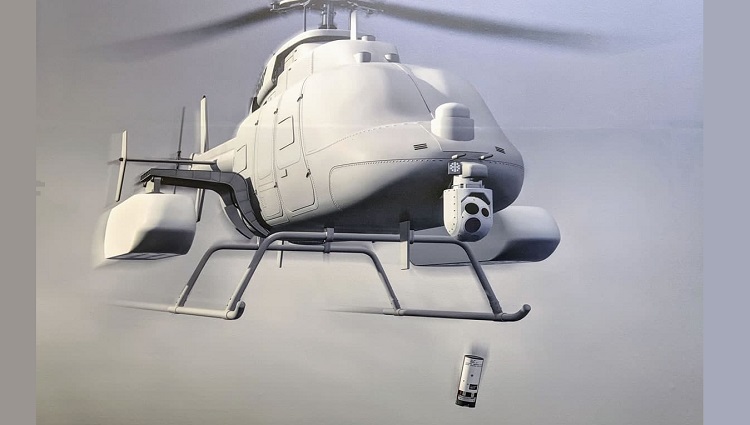 Using a manned Bell 407 airframe upon which the MQ-8C is based, the company teamed with Ultra Maritime to equip the aircraft with Ultra sonobuoys, receiver, and processor to demonstrate its ability to conduct a large area multi-static acoustic search for a submarine.

The US Navy has both the MQ-8B and newer MQ-8C models of the Fire Scout, mostly for operations from its Freedom and Independence class Littoral Combat Ships, and previously from its now-decommissioned Perry class frigates.

The US Navy has a program of record requirement for up to 96 MQ-8Cs, of which about 30 are currently under contract. The MQ-8B was based on the Schweizer 333 helicopter, and is no longer produced.

“This ASW capability would offer commanders flexibility to employ not only UAS systems in this particular ASW role, but also utilize the increased availability of crewed aircraft more incisively against an expanded mission set,” he added. “This would increase the total available effect of the manned/unmanned teamed force mix.”

President of Ultra Maritime, Thomas Link added, “Operating prototype hardware in a high-pressure real-world environment can be challenging. Our partnership will bring an innovative and leading ASW capability into operation, combining both manned and unmanned ASW systems that will help defend our warfighters and provide increased capability to our forces.”

The MQ-8C has a sensor suite comprising an electro optical and infrared (EO/IR) turret with the Kestrel MTI system, a new Leonardo surface-search radar, a tactical datalink (TDL) for voice communications or datalink relay, and is planned to employ the APKWS air-to-surface guided rockets. The ASW demonstration was conducted in October 2020, and is the first time a VTUAS has been used for such a capability.

By removing the pilot and human interfaces, the MQ-8C has an endurance of up to 10 hours during ship-borne operations. The system as declared mission-capable with the US Navy in June 2019, and is primarily tasked with manned-unmanned teaming (MUM-T) missions in conjunction with manned MH-60R/S helicopters.

This article was written by Andrew McLaughlin and published by ADBR on February 4, 2021.