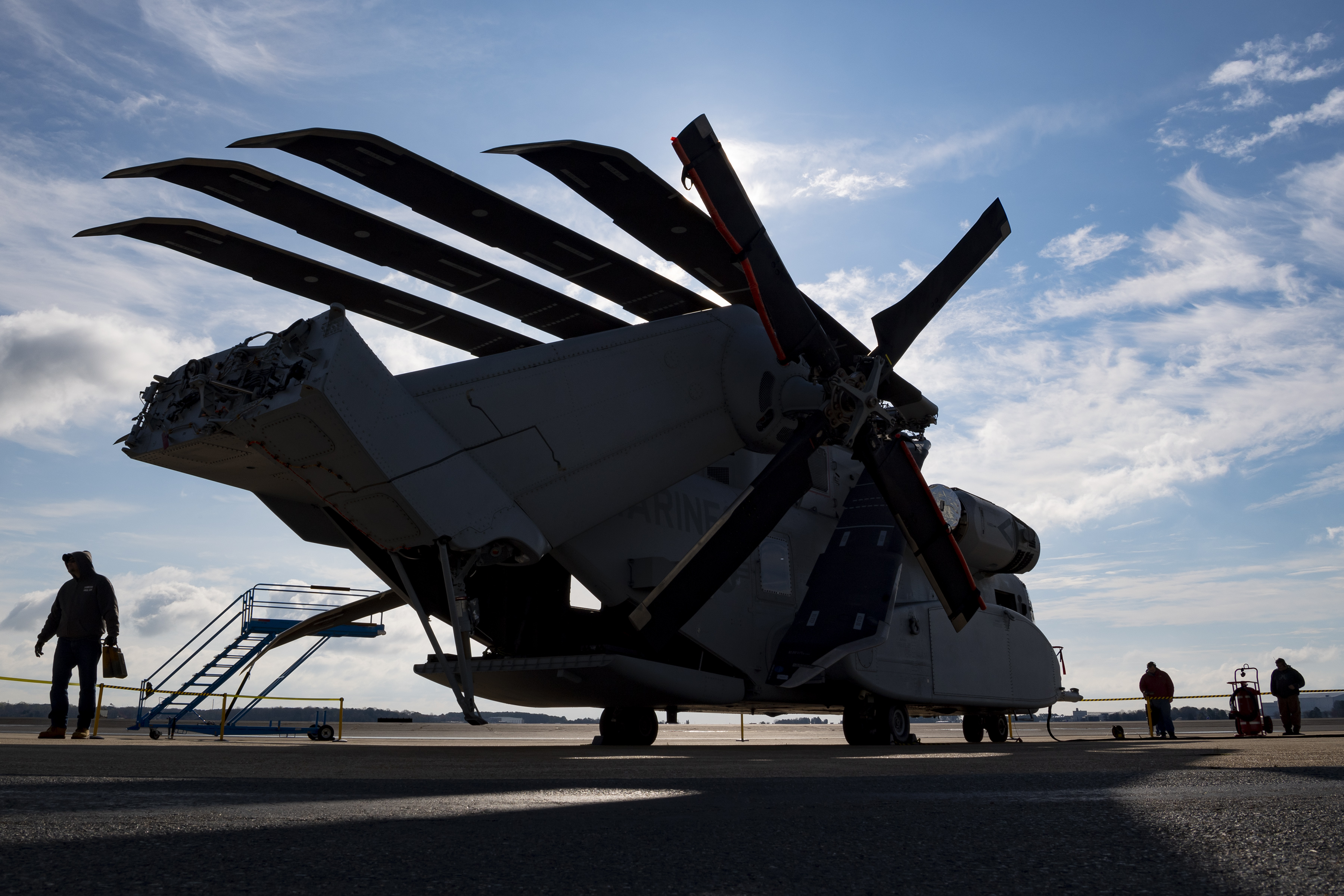 It is probably safe to say that Hollywood studios aren’t pinning their next blockbuster hopes on a film about a heavy lift helicopter, but the role that these machines play in the modern battlespace cannot be overstated.

The recent decades have shown a marked increase in the use of heavy lift helicopters due to their range, payload, and performance.

This increase in demand prompted the U.S. Marine Corps to develop a replacement for its heavy lift workhorse, the CH-53E Super Stallion.

The CH-53K King Stallion was conceived to perform all the legacy assault support missions but over longer distances with much more payload.

Whether carrying dozens of combat hardened Marines, fully armored JLTV vehicles, artillery, and ammunition or providing humanitarian assistance and disaster relief, the CH-53K will provide a critical capability that spans the spectrum of military operations.

Amassing troops quickly or extending the logistics footprint to include forward arming and refueling of ground and aviation assets the King Stallion can do it all.

The CH-53K from the Pilot’s View

Having spent 25 years flying helicopters in the U.S. Marine Corps and as a test pilot at Sikorsky, I can say that the CH-53K is undoubtedly my favorite aircraft to fly.

To begin with, the cockpit is dramatically different – and better – than the -53E.

Mounting the cyclic control to the right side of each pilot’s seat allows for optimal pilot posture during long flights reducing fatigue and providing adding safety over traditional center mounted controls.

The introduction of a glass cockpit significantly streamlines and improves the entire pilot-vehicle interface. A recurring complaint heard from CH-53E pilots is that the field of view is too narrow.

Designers heard this and built the -53K with almost twice the cockpit field of view. In fact, the window size is among the first things that veteran -53E pilots comment on when they climb into the -53K. The same notion was carried into the cabin where the windows are twice the width of legacy windows.

Located both fore and aft on each side of the fuselage, the new windows can support impressive crew weapons while providing exceptional situational awareness for aircrew and gunners.

As the name implies, the fundamental requirement in the heavy lift mission is an ability to—you guessed it—lift heavy things and carry them a long way.

The FBW system is a triply redundant full authority control system that gives the helicopter unmatched handling qualities. Handling qualities that are seemingly unbelievable in a simulator but astonishingly proven to match in the aircraft. At the heart of the FBW control system is a selectable flight control architecture that provides pilots with varying levels of agility and stability that they can select with hands-on controls in order to match the aircraft’s response type with the task at hand. Pilots may select a GPS-based position hold or a full authority, three-axis autopilot that can couple to a flight plan when precision is the goal or select a rate command system, which provides the responsiveness required to fly low-level/high-speed missions.

In either case, the aircraft is controlled by a side-arm controller that will be the envy of every jet pilot who gets the chance to fly it.

The collective axis retains a conventional proportional control to the seven rotor blades; however, the addition of barometric and radar altimeter hold serve to further reduce pilot workload.

Unique trim, spring loaded to center, yaw pedals provide traditional tail-rotor control, though the system manages rotor thrust in order to hold heading in low speed or coordinate turns in high speed. The pilot will find very little use of the tail rotor pedals beyond ground taxi and hover turns.

A wide range of pilots from multiple aircraft backgrounds have already demonstrated the ease in which this transition in flying modes can be achieved.

Another feature and one of the most impressive aspects of the fly-by-wire flight control system stems from their “active” employment.

Active in this case means the redundant pilot and co-pilot stations are not mechanically linked, however they each move in unison as if they were. This allows for classical flight instruction where a pilot can demonstrate stick inputs or ride along as student pilots develop their control feel. When required, the instructor can make corrections, which the student will feel directly through the sticks.

The second and arguably the most novel feature of the active controls is the ability to drive tactile feedback into the controls as a means of cueing the pilot. These tactile cues originate in the Flight Control Computers and merge sensor data with aircraft state information including gross weight, altitude and temperature to provide envelope awareness.

This data is used to provide the pilot with an “eyes-out” cueing system and awareness of Maximum Continuous Power, Maximum Power Available, impending MR retreating blade stall, and load factor ‘G’ limits. A wide range of soft-stops, ramp forces and control shakers are implemented to express these limitations.

However, and most importantly for a combat machine is that the cueing system does not restrict the pilot from evasive maneuvers when required.

The eyes-out nature of the active controls and the HOCAS (hands-on collective and stick) selection of control modes allows the pilot of the CH-53K to have unprecedented situational awareness. Not only does it reduce workload and allow pilots to maintain their focus out the window, but it also reduces component wear by reducing the number of inadvertent limitation exceedances.

Tactile cueing and mode selection only add to what is a superbly stable aircraft.

And stability lies at the heart of the heavy lift mission.

Whether hovering over an external load or landing to an unprepared site, the loss of visual reference with the ground has for years been a prime driver of mishaps in the helicopter community.

Having flown legacy aircraft under brownout conditions and flying the King Stallion there is no comparison.

The stability that comes from the position hold and height hold features found in the -53K will improve both safety and mission accomplishment.

It is an exciting time to be a helicopter pilot.

And while there is nothing particularly glamorous about the heavy lift mission, the CH-53K is going to revolutionize the way in which the U.S. Marine Corps conducts that mission.

I am proud to watch new pilots come into the program and witness first-hand how quickly they master the aircraft.

It is a testament to a lot of hard work from the designers to build such a revolutionary aircraft.

The list of Marines that have flown the aircraft continues to grow and they all agree, the CH-53K is the future of heavy lift operations.

This article was published on the website of Lockheed Martin.