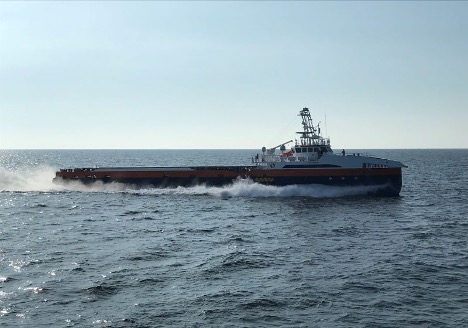 Recently, a USV associated with the US Navy’s Ghost Fleet effort transited the Panama Canal and travelled more than 4700 nautical miles in which it operated 97& of the time in autonomous mode.

An assessment of progress with the fleet was provided by Megan Eckstein in a November 10, 2020 USNI News report.

In that report, she quoted the CNO a saying: “those vessels are useless unless we can command and control them with a very high degree of precision and reliability.

“And so that’s where we start talking about the Navy’s Project Overmatch, that falls underneath, or nests underneath JADC-2.

“And so there are four big pieces to that.

“And then finally, it’s the capabilities, whether they’re battle management aids or whether they’re artificial intelligence and machine learning capabilities that we apply to that data that allow us to decide and act faster than the bad guy, and then deliver ordnance faster out of these unmanned platforms.”

Here the CNO has laid out why maritime remotes are a payload within a kill web system. That system depends on reliable networks, effective C2 decision-making, an ability to compete effectively with adversarial cyber operations, and to fit these capabilities within a distributed integratable fleet operations.

The CNO added: “We have a really good sense of what we need.

“Under the sea we have a really good sense of what we want those platforms to deliver.

“On the sea, we know that we need larger unmanned as adjunct magazines, right, and medium unmanned to perform a number of other functions – and some of them are classified, and I don’t want to get into them, but they range from deception to command and control nodes.

“And so we know that that’s a valid requirement.”

Featured Photo: A Ghost Fleet Overlord test vessel takes part in a capstone demonstration during the conclusion of Phase I of the program in September. Two existing commercial fast supply vessels were converted into unmanned surface vessels (USVs) for Overlord testing, which will play a vital role in informing the Navy’s new classes of USVs. US Navy photo.