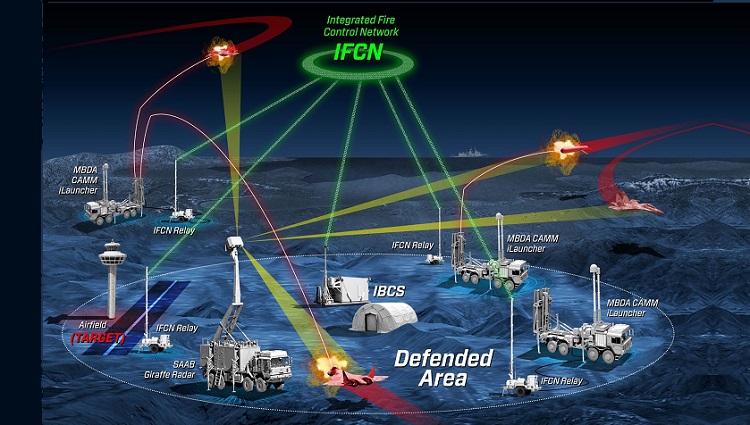 Northrop Grumman has been awarded a US$60.6m (A$89m) contract by the US Army for continued work on the Integrated Air and Missile Defense (IAMD) Battle Command System (IBCS) program.

The new contract provides for ongoing support for engineering, logistics, integration, test and evaluation, training and program management as the IBCS program advances through the design and development phase. The work will support an IBCS Limited User Test (LUT) which will start in second quarter 2020, and leads into an expected Milestone C decision expected in third quarter of 2020.

“In partnership with our Army customer, we have demonstrated through numerous tests and exercises that IBCS performs exceptionally well in realistic and increasingly complex operational environments,” Northrop Grumman’s vice president and general manager, missile defense and protective systems, Dan Verwiel said in a statement. “IBCS is mature and well positioned for both the LUT and a successful Milestone C decision.”

IBCS is the cornerstone of the Army’s IAMD modernisation program, and will possibly be an element of a Northrop Grumman proposal for Australia’s AIR 6500 project. The company says the ability of IBCS to network all available sensors and interceptors enhances battlefield survivability by providing redundancy, cyber resiliency and eliminating vectors of attack.

The system’s networkability was demonstrated in November with the successful demonstration of the ability to integrate MBDA’s Common Anti-air Modular Missile (CAMM) family and the Saab Giraffe radar system family into IBCS. CAMM and Giraffe are the was the first non-US missile and sensor systems to be demonstrated with IBCS.

Northrop Grumman says the three companies demonstrated rapid and functional integration during simulated threat scenarios including simultaneous engagements. Simulated air targets were fed to the Giraffe radar emulator, which passed the radar information to IBCS to assess and track threats.

It says IBCS operators planned and executed engagements based on that data using the CAMM missile emulators which engaged multiple threats simultaneously. IBCS then closed the loop by displaying the outgoing missiles detected and reported by the Giraffe emulators. The event successfully demonstrated both Distributed Fire Direction and Advanced Integrated Fire Control engagements.

“Building on lessons learned from the CAMM family integration, we were able to integrate the Giraffe radar onto the IBCS network even more rapidly and cost effectively, continuing to demonstrate the dynamic and flexible nature of IBCS’s open architecture in adding capabilities when and as needed,” Northrop Grumman’s director of international battle management, Bill Lamb said in a statement. “Together we are creating a revolutionary IAMD enterprise that maximizes the combat potential of all sensors and weapons across all domains and fills gaps in today’s air defense capabilities.”

This article was first published by ADBR on December 4, 2019.