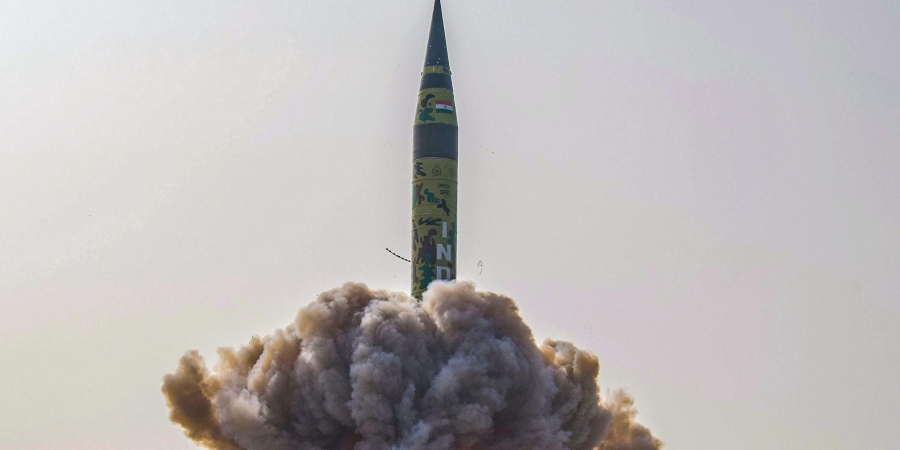 This is the seventh trial of the indigenously-developed surface-to-surface missile, defence sources said.

Unlike other missiles of the series, Agni-5 is the most advanced in terms of navigation and guidance, warhead and engine, according to officials.

“The missile was launched with the help of a mobile launcher from launch pad-4 of the Integrated Test Range (ITR) at Dr Abdul Kalam Island in the Bay of Bengal on Monday afternoon,” said a defence source.

“It was a user associated trial and Strategic Force Command with DRDO scientist conducted it,” they said.

The first two flights of Agni-5 in 2012 and 2013, respectively, were in open configuration. The third, fourth and fifth launches were from a canister integrated with a mobile launcher, in its deliverable configuration to enable launch of the missile with a very short preparation time as compared to an open launch.

The sixth trial was in June during which the missile was fired from a mobile launcher. Several new technologies were successfully tested during the sixth trial. The Agni-5 also has advantages of higher reliability, longer shelf-life, less maintenance and enhanced mobility, according to sources.

This article was first published by our partner India Strategic in December 2018.