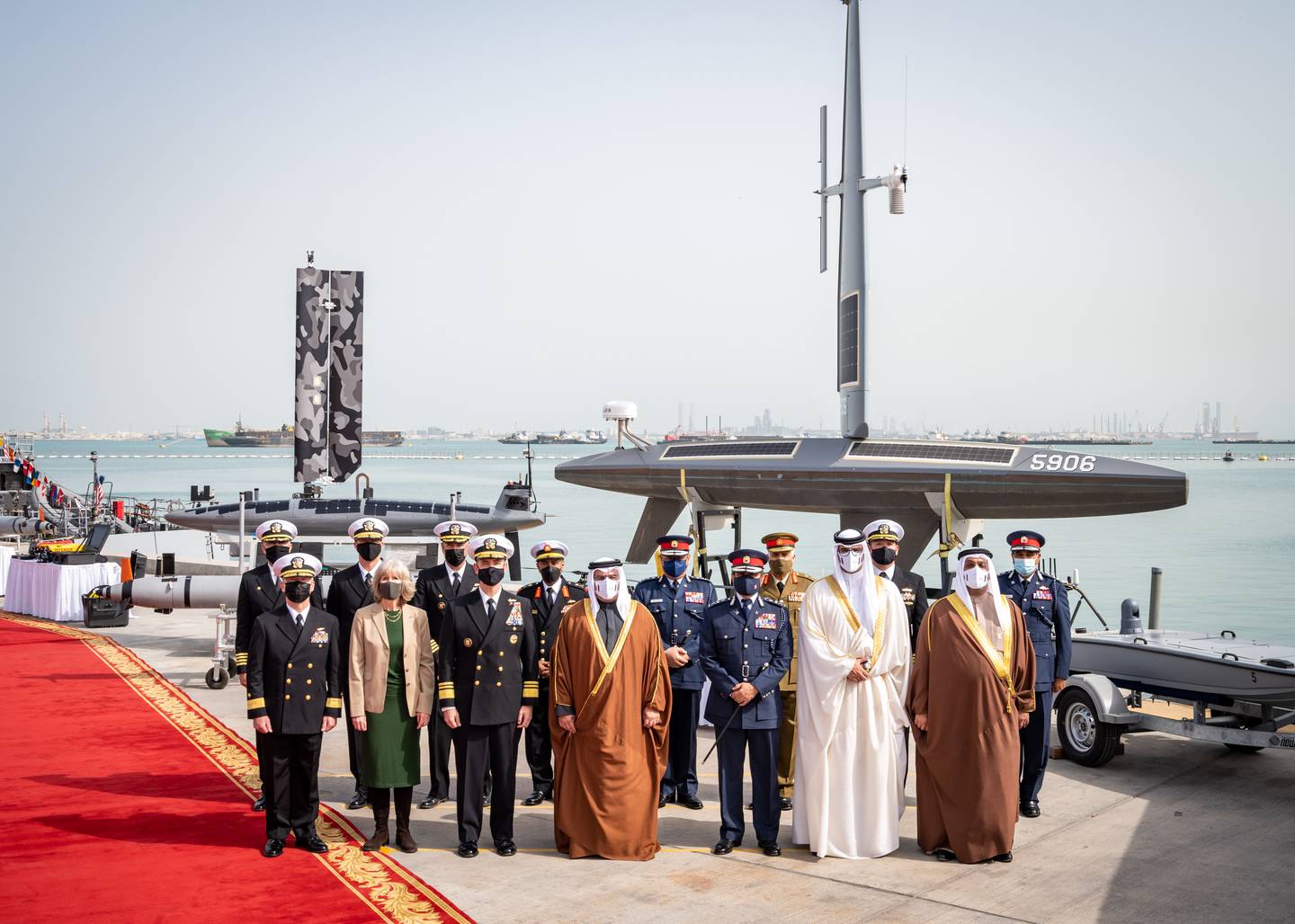 “The U.S. Navy has been criticized – perhaps fairly – for not having a plan, a concept of operations, for how it intends to actually use the family of small, medium, large and extra large unmanned surface vehicles it seeks to buy. A skeptical Congress is demanding answers before it authorizes funds for these craft, regardless of their promise.

“As part of that process to demonstrate how it intends to use these craft, the U.S. Navy has orchestrated a 60-nation maritime exercise in the Middle East that is focused on unmanned surface vehicle, many of them commercial-of-the-shelf such as the T12 MANTAS and the T38 Devil Ray.”

A recent Defense News story by Megan Eckstein highlighted some key elements of the exercise:

“Cmdr. Kenyatta Martin, the lead exercise planner for International Maritime Exercise, said during the same call that the drill is being held at an unclassified level so all participants can practice sending and receiving data in the simplest way. In the coming years, he said, future operations or exercises could start to incorporate unmanned systems and AI tools in the collection and sharing of classified information.

“Martin said planning for the exercise started in December 2020, and the unmanned portion wasn’t added in until about halfway through the planning process, meaning the fundamentals of the exercise, its organization and the scenarios weren’t designed with the new technology in mind. But the unmanned system and AI tools laid in nicely, he said.

“Once we did incorporate the unmanned systems [as] part of the exercise, it was quite a bit of interest from our partner nations to participate — and not just on a level of curiosity [and observing only], but a level of integration and participation with the knowledge of this unmanned and AI being a part of the coalition force,” he added.”

Featured Photo: Leaders from the U.S. Navy and from Bahrain pose for a photo at Naval Support Activity Bahrain on Jan. 31, 2022, at the start of the International Maritime Exercise 2022 and Cutlass Express 2022. (MS1 Mark Thomas Mahmod/U.S. Navy)