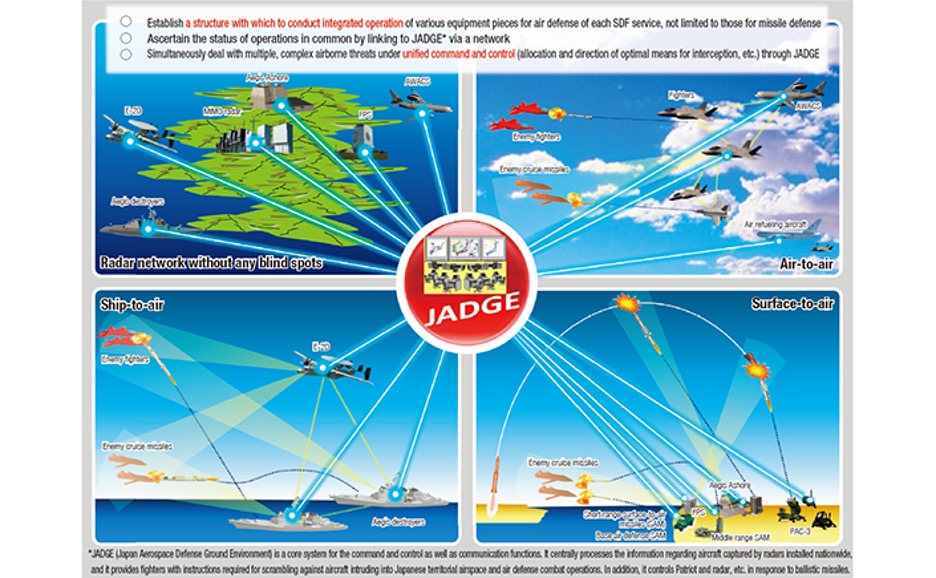 Currently, Japan has been facing the threat of North Korea’s missile capabilities. North Korea is assessed to have already successfully miniaturized nuclear weapons to fit ballistic missile warheads, and it possesses and deploys several hundred ballistic missiles capable of reaching almost every part of Japan. North Korea is also working to improve its missile technology and attack capabilities by increasing the range of its missiles, enhancing its ability to launch multiple missiles simultaneously, increasing its capacity for surprise attacks, and developing new types of missiles that fly at low altitude to delay detection.

Japan began developing the Ballistic Missile Defense (BMD) system in FY2004 to be fully prepared to respond to ballistic missile attacks. To date, Japan has made steady progress in enhancing its BMD capabilities by such means as installing ballistic missile defense capabilities to Aegis-equipped destroyers and deploying the Patriot Advanced Capability-3 (PAC-3).

As a result of these efforts, Japan is now equipped with a multi-layered defense system with upper tier interception by Aegis equipped destroyers and lower tier interception by PAC-3, both interconnected and coordinated by the Japan Aerospace Defense Ground Environment (JADGE). To further improve Japan’s BMD capabilities, the following efforts are currently underway:

New threats have emerged in recent years, such as hypersonic weapons designed to break through current missile defense systems. They are considered difficult to intercept because after they are launched by ballistic missiles they travel at ultra-high velocities at low altitudes with high mobility.

Today, airborne threats to Japan are becoming increasingly complex and diverse. In response to these new threats, the MOD/JSDF has been reinforcing its comprehensive air and missile defense capabilities to establish a structure with which to conduct integrated operation of air defense assets possessed by each JSDF component, such as fighter aircraft, airborne early warning and control aircraft, and surface-to-air guided missiles, in addition to those solely for missile defense, including radars and Aegis-equipped destroyers.

These efforts make it possible to, for example, guide an interceptor missile to a target that is not captured by its own sensor using information from other sensors. In this manner, we will increase the range and capacity of our air defense capabilities.

This text can be found on the Ministry of Defence website.