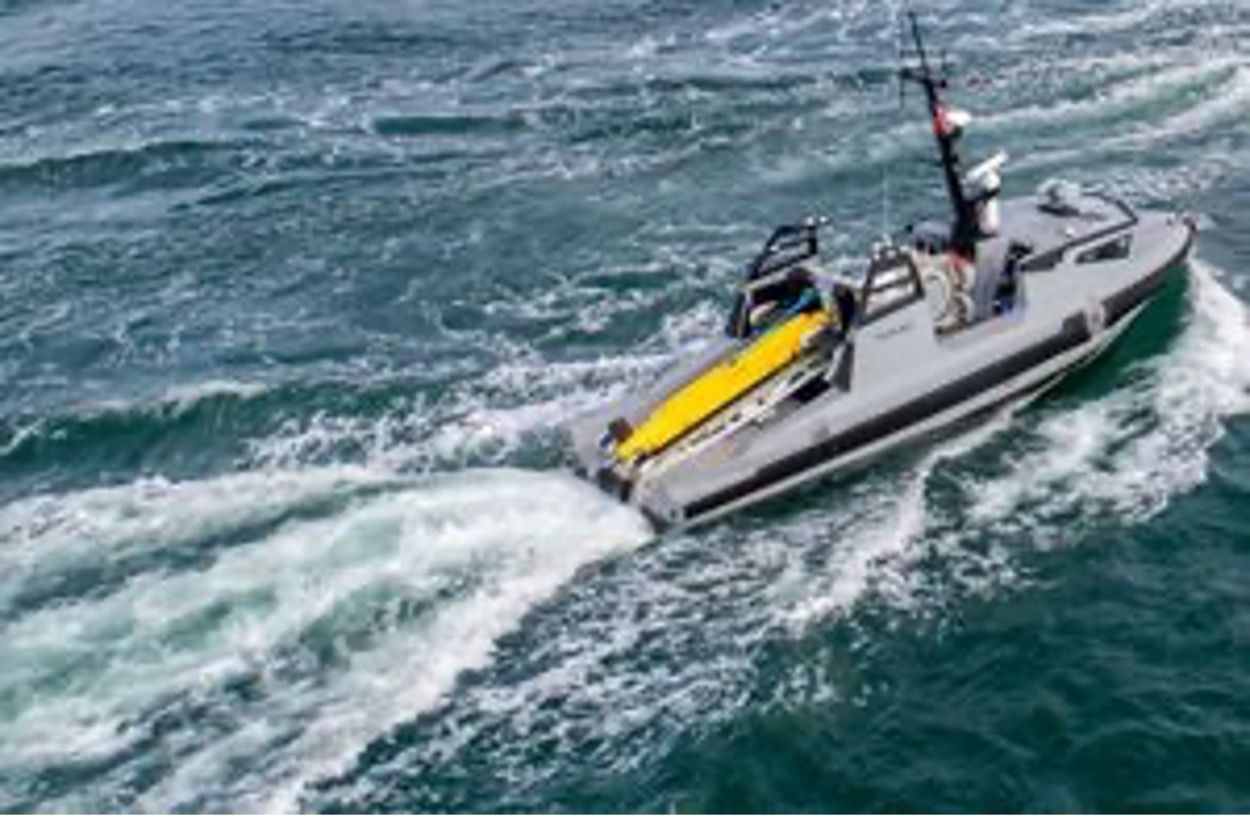 According to a UK MoD press release on December 8, 2021, the UK-French Maritime Mine Counter Measures Program has delivered a new capability for the force.

A cutting-edge autonomous system able to detect modern sea mine threats and reduce risk to life has been delivered to the Royal Navy.

The remotely-operated boat, controlled from either a ship or land, tows a highly-sensitive detection device to combat sea mines and keep ships and personnel away from danger.

Made possible under the joint Maritime Mine Counter Measures (MMCM) programme between the UK and France, the system, produced by Thales UK, has commenced rigorous capability development trials with the Royal Navy.

The technology will sit alongside other MMCM systems provided through an additional £184 million investment, agreed last year, and supporting around 215 jobs in the UK.

As well as Thales UK sites in Somerset and Plymouth, jobs will be sustained in the wider supply chain at L3 Harris in Portsmouth, Stonehaven in Aberdeen and Alba Ultrasound in Glasgow.

“This new technology is a huge leap forward for the Royal Navy’s autonomous capabilities in the detection of sea mines. These systems will keep our personnel out of harm’s way whilst they conduct vital operations to protect shipping lanes from these hidden threats.

“This is just one example of how we are putting innovation at the forefront of our future strategies.”

“It is exciting to see the first delivery to the Royal Navy from the MMCMproject. The future of mine warfare is here: The Royal Navy’s Mine Hunting Capability programme is real; it’s happening; it’s delivering. We have a lot to learn about this transformational approach to mine warfare, but there is much, much more to come.”

Sea mines constitute a growing threat and users of the system will be able to detect and neutralise mines from miles away, ensuring they can keep vital sea lanes open, with much-reduced risk to ships and the lives of sailors.

The demonstrator was officially handed over to the Royal Navy in Plymouth on 23 November by staff from Thales UK, OCCAR and Defence Equipment and Support (DE&S), the procurement arm of the UK Ministry of Defence.

“The delivery of the MMCM demonstrator systems to the UK and France is an important milestone for the programme. This is a powerful example of how the joint commitment of the two Nations to work together under the auspices of the 2010 Lancaster House agreement can deliver world-class equipment for our Armed Forces.”

Comprising an uncrewed surface vessel, towed sonar and a portable operation centre, the new mine-hunting capabilities are designed to eventually replace crewed Mine Counter-Measure Vessels, such as the Royal Navy’s Hunt and Sandown class ships, with autonomous systems.