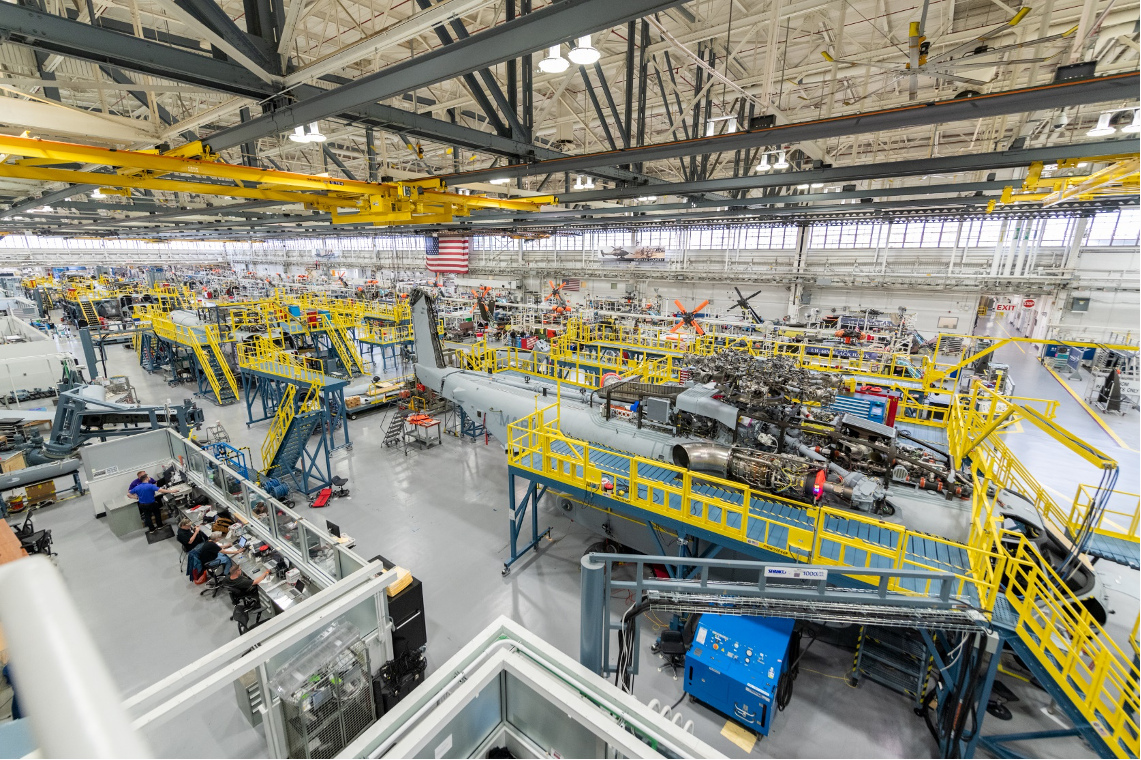 This aircraft, built in Sikorsky’s digital factory, is the first CH-53K from the Lot 2 LRIP contract awarded by the U.S. Navy in 2019, and the seventh overall delivered to the fleet.

The CH-53K’s heavy-lift capabilities exceed all other U.S. Department of Defense rotary wing platforms and is the only heavy-lift helicopter that will remain in production through 2032 and beyond.

This CH-53K heavy lift helicopter joins the six in operation at Marine Corps Air Station New River in Jacksonville, North Carolina. The CH-53K is the only sea-based, long range, heavy lift helicopter in production and will immediately provide three times the lift capability of its predecessor.

“This Connecticut-built CH-53K aircraft is a credit to our employees and their skills embracing digital tools and other advanced technologies to continue the Sikorsky legacy of building modern, safe, reliable rotorcraft. Our nationwide supply chain supports the active production line as we prepare to deliver two more CH-53K helicopters later this year,” said Bill Falk, Director, Sikorsky CH-53K program. “We look forward to continuing our progress toward next year’s full rate production decision.”

The CH-53K helicopter was born in a digital environment, and now its digital thread connects design, manufacturing, training, and sustainment teams. This network, that includes everything from work instructions to maintenance manuals, is based on the helicopter’s single, continuous data thread that stays consistent from initial design all the way through sustainment. Today, all of Sikorsky’s aircraft programs are born in a digital environment. The power of this digital thread drives affordability, producibility and reliability across the aircraft lifecycle.

The high-tech production line in Connecticut is active with seven aircraft in build on final assembly.

The signed letter of offer and acceptance (LOA) between the U.S. Government and Israel states first deliveries of the baseline aircraft are planned for 2025.

The CH-53K helicopters will replace the Israeli Air Force (IAF) fleet of modified CH-53D Yasur helicopters, which have been in Israel’s inventory for over 50 years. The all-new CH-53K delivers modern state-of-the-art capabilities that result in improved survivability, safety, and reduced aircrew workload over its predecessor, making it the perfect fit for the demanding IAF mission.

The Marines recently declared Initial Operational Capability (IOC) and have been flying and supporting the CH-53K in the fleet environment demonstrating the aircraft is on track to deploy on schedule in 2024. The aircraft have flown more than 3,000 flight hours showcasing the CH-53K’s performance in a range of mission scenarios and challenging environments.

The CH-53K will further support the U.S. Marine Corps in its mission to conduct expeditionary heavy lift assault transport of armored vehicles, equipment, and personnel to support distributed operations deep inland from a sea-based center of operations, critical in the Indo-Pacific region.