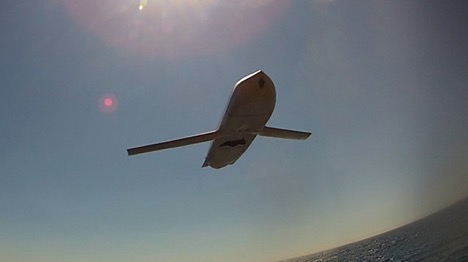 In an article which we published on June 20, 2016, we highlighted how the P-8 was built to leverage the weapons revolution.

We have argued that the 21st century warfighting enterprise is in need of a weapons revolution.

As the former Chief Scientist of the USAF, Dr. Mark Lewis put it: : “Why are we putting 3rd and 4th generation weapons on 5th generation aircraft?

We have argued as well that the coming of a hypersonic cruise missile to the force will be a key game changer but that we saw that fitting into what we have called the S Cubed Revolution, namely Sensors, Speed and Stealth.

When we visited Jax Navy, we discovered that the P-8 is a key plank holder in the S Cubed Revolution and a key candidate for new weapons, and is more than prepared to leverage a weapons revolution.

During the two days we spent at Jax Navy, virtually every member of the team mentioned that the P-8 was flying legacy weapons but was ready to do much more with new weapons.

“Because the P-8 operates with the common 1760 Bus which is a common weapons standard for smart weapons, the only limit is your imagination with regard to what weapons might be put on the P-8 in the future.

It is forward compatible with future smart weapons.”

At some point in the future, the P-8 could be in the battlespace armed with hypersonic cruise missiles to go with its capability to see deep into the battlespace.

By building key capabilities for prevailing in the extended battlespace, the USN is building towards the future as it deploys in the present…..

The featured photo shows the Low-observable LRASM, a development of the JASSM-ER, which will be deployed on the P-8.