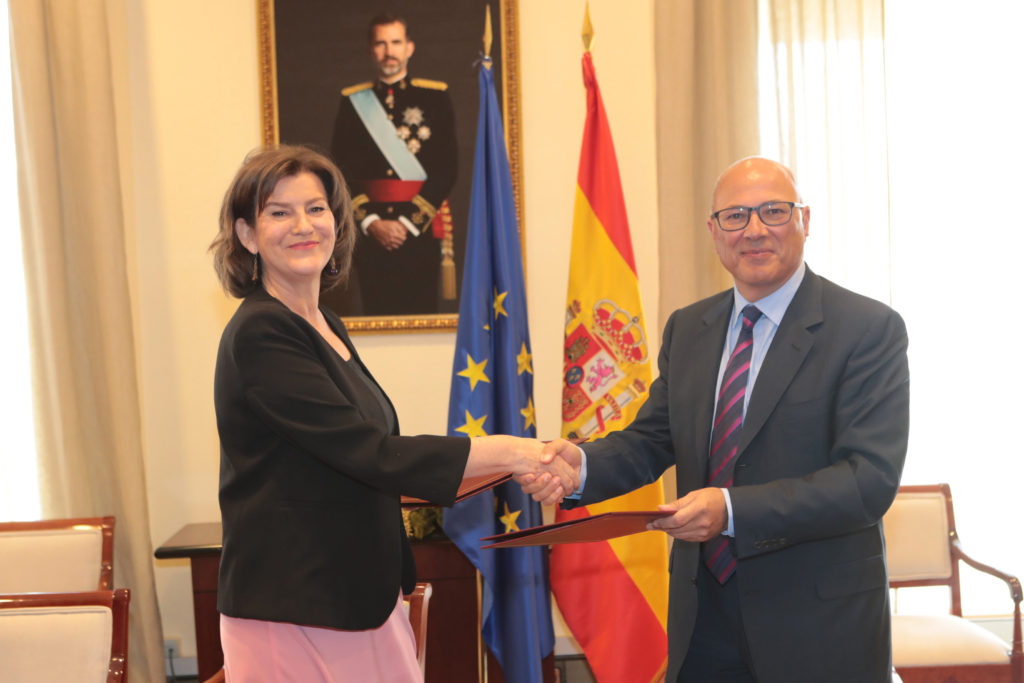 Navantia and the Ministry of Defense recently signed the contract for the construction of five F-110 frigates for the Spanish Navy.

This new generation of F-110 frigates, whose construction will begin shortly in Ferrol, stands out for having its own Spanish design and a high degree of industrial and technological sovereignty.

About 80% of purchases and supplies will be made to Spanish companies.

The design of this new frigate will incorporate remarkable technological advances, such as the new integrated mast configured with different solutions of sensors and antennas, the incorporation of a multi-space mission that expands the capabilities of the ship in all the segments of defense and a new hybrid propellant plant more efficient and silent endowing the ship with great versatility.

In addition, it will integrate unmanned vehicles on board and will have the capacity for the future installation of directed energy weapons.

The frigates will be equipped with a Spanish combat system, SCOMBA, developed by Navantia.

This system acts as the vessel’s brain and integrates all the frigate’s sensors and weapons, such as surface sensors, EW and IFF supplied by Indra, Band S radar and Lockheed Martin vertical launcher, AAW – SM-2 from Raytheon, the antisubmarine warfare systems and SAES sonars and the navigation and communications systems from Navantia Sistemas.

It should be noted that the frigate F-110 will be the first major Spanish naval program developed within the framework of ASTILLERO 4.0 which will involve the most advanced integrated control and simulation systems, with the digital twin, which will be complemented by an intelligent management and communication nervous system “without cables”, which will permanently connect the crew to each other, and the crew to the ship’s systems.

In addition, it will incorporate processes and components with additive fabrication or 3D printing and will be the first ships in the fleet to have an integrated cybersecurity system that shields ships against increasing threats.

This makes it possible for the ship to have reduced crew for its operation and high standards of habitability.

This article was first published by our partner India Strategic in April 2019.