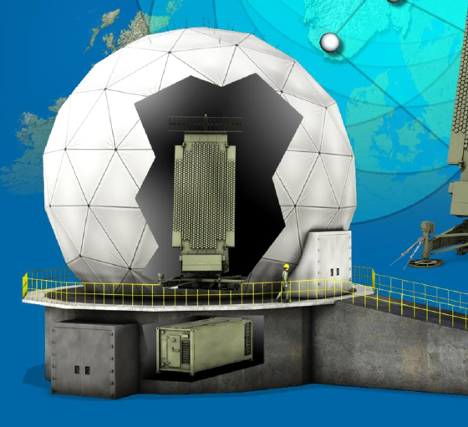 The Norwegian Defence Material Agency (NDMA) signed a contract with Lockheed Martin on 17 of November 2022 for delivery of eight military air surveillance radars with an option for three additional radars.

The contract marks an important milestone for the Norwegian defence sector.

The new radars will enable the Norwegian Armed Forces to maintain its continuous surveillance of both Norwegian and surrounding air space, acting as NATO’s eyes in the north.

Airplanes, missiles, and drones have become an important part of modern warfare.

It is therefore of the utmost importance to have systems that can monitor this domain.

Not only for ourselves, but also for our allies in NATO.

These new radars will improve the range of our view considerably, says Minister of Defence Bjørn Arild Gram.

The contract is part of a larger project which in addition to the radar procurement also consists of facility and construction work.

NDMA is responsible for the overall project, and for procurement of the radars.

The Norwegian Defence Estates Agency (NDEA) is responsible for establishing new facilities and for the required construction work, while the Norwegian Air Force will be the operator of the radars.

In combination with combat aircraft and ground-based air defence systems, the new radars will protect and secure Norwegian airspace and increase the freedom of action for Norway’s armed forces.

Large parts of our existing sensor structure for military air surveillance are approaching the end of their life cycle and must be upgraded to meet future air threats.

“Today marks an important milestone for the radar project. We sign a contract with a very experienced supplier, which gives me confidence that we will be able to deliver a good solution for the Norwegian Armed Forces,” says Gro Jære, Director General of the NDMA.

Lockheed Martin has a long history as a supplier of sensors and radars.

In this project, Norwegian sub-suppliers will also be contracted in several areas.

The first radar will be in place on Gyrihaugen in Ringerike by the end of 2025, where preparations are already well underway.

Three regional technical maintenance centres will be established to monitor the condition of the sensors.

Delivery of the radars is the be completed by 2030.