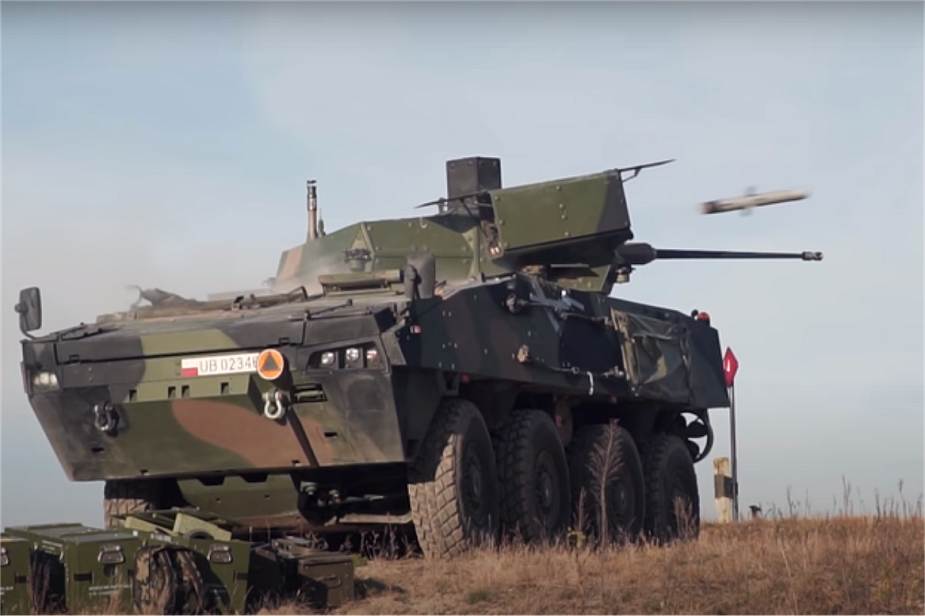 According to a story published on October 14, 2021 by Defence 24, the new unmanned turret system designed for Polish APCs has completed its test program and is ready for production.

ZSSW-30 turret qualification tests protocol has been signed, as the Armament Inspectorate of the Polish MoD told us. The above translates into a formal completion of the qualification test programme (with a positive result), with regards to this key weapons system that is to become a part of the inventory of the Polish military.

Responding to our questions, the Spokesman for the Armament Inspectorate, major Krzysztof Płatek, told us the following: “I inform that the final protocol of the qualification tests of the ZSSW-30 turret has been approved on 1st October this year”. Speaking to Defence24.pl, Płatek said that signing of the protocol translates into the formal conclusion of tests, regarding the new turret system. The test results are positive. Col. Maciej Zając, head of the land department at the Armament Inspectorate was suggesting that the ZSSW-30 test programme may conclude soon, during the Defence24 DAY conference.

The conclusion of the test programme is a major step on the path towards the fielding of the ZSSW-30 turret in the Polish military. ZSSW-30 is an unmanned turret system that has been in development since 2013. The project is carried out as an R&D study, by a consortium formed by HSW and WB Electronics. The turret features a 30 mm Bushmaster Mk 44/S gun that can shoot ABM ammunition and be converted to a 40 mm calibre. It is also armed with a coaxial 7.62 mm machine gun and dual Spike ATGM launcher.

As Krzysztof Skrzypinski, WB Electronics Director for Development, was pointing out, during the Defence24 DAY conference, the turret’s Fire Control System has been fully integrated with the ATGMs and allows the user to use the very same panel to launch ATGMs or fire the cannon, and the coaxial machine gun. Furthermore, the turret also features an auto tracker unit. It uses two PCO optronic sensors (by PCO) and provides the user with a hunter-killer/killer-killer capability.

ZSSW-30 turrets are to be first fitted onto the Rosomak APCs. The available information suggests that the order placed concerns 341 turret units that would be integrated on carriers newly introduced in the Polish Armed Forces. The vehicles to have the turret fitted onto them are to first be drawn from the existing inventory of the Polish military (a certain pool of base vehicles has been made available). Most probably the turrets would be received by the elements of the 21st Highland Brigade – allowing the unit to decommission the BWP-1 platform. For now, it is not expected that the Hitfist turrets on the existing vehicles would be replaced with ZSSW.

Then, a slightly modified ZSSW turret would be fitted onto the new generation Borsuk IFV, developed by an HSW-led consortium, within the framework of a development study pursued by the National Centre for Research and Development. Col. Tomasz Gdak, head of training for the Polish Armed Forces’ Armoured and Mechanized Units at the Land Forces Inspectorate of the General Command of the Armed Forces said, during Defence24 DAY, that until 2035 around 572-588 vehicles like these are to be procured.

The unmanned turret development project is one of the most relevant undertakings of the Polish defence industry. The ZSSW system is to become the core of equipment for most of the mechanized and motorized battalions. The system would be capable of neutralizing a broad variety of threats, including heavy armour. Not only does it entail export potential, but it also shows some potential for development: the utilized solutions could potentially be applied in other programmes requiring missile/gun integration on fighting vehicles.

According to a story published by Army Recognition on April 29, 2021 the unmanned turret has been tested with Spike-LR Anti-Tank missiles.

Currently, the Polish army uses the Rosomak wheeled IFV (Infantry Fighting Vehicle) fitted with the Italian Oto Melara two-man turret HITFIST-30P, produced under license in Poland by the company Bumar. The turret is armed with one ATK Mk 44 Bushmaster 30 mm automatic cannon and one 7.62mm coaxial machine UKM-2000C, a modernized version of the Polish-made UKM-2000, a 7.62×51mm NATO general-purpose machine gun designed and manufactured by Zakłady Mechaniczne Tarnów in Tarnów.

With the use of the new unmanned turret ZSSW-30, the Rosomak IFV armored vehicle will offer more survivability for the crew and as well as more firepower with the anti-tank guided missiles.