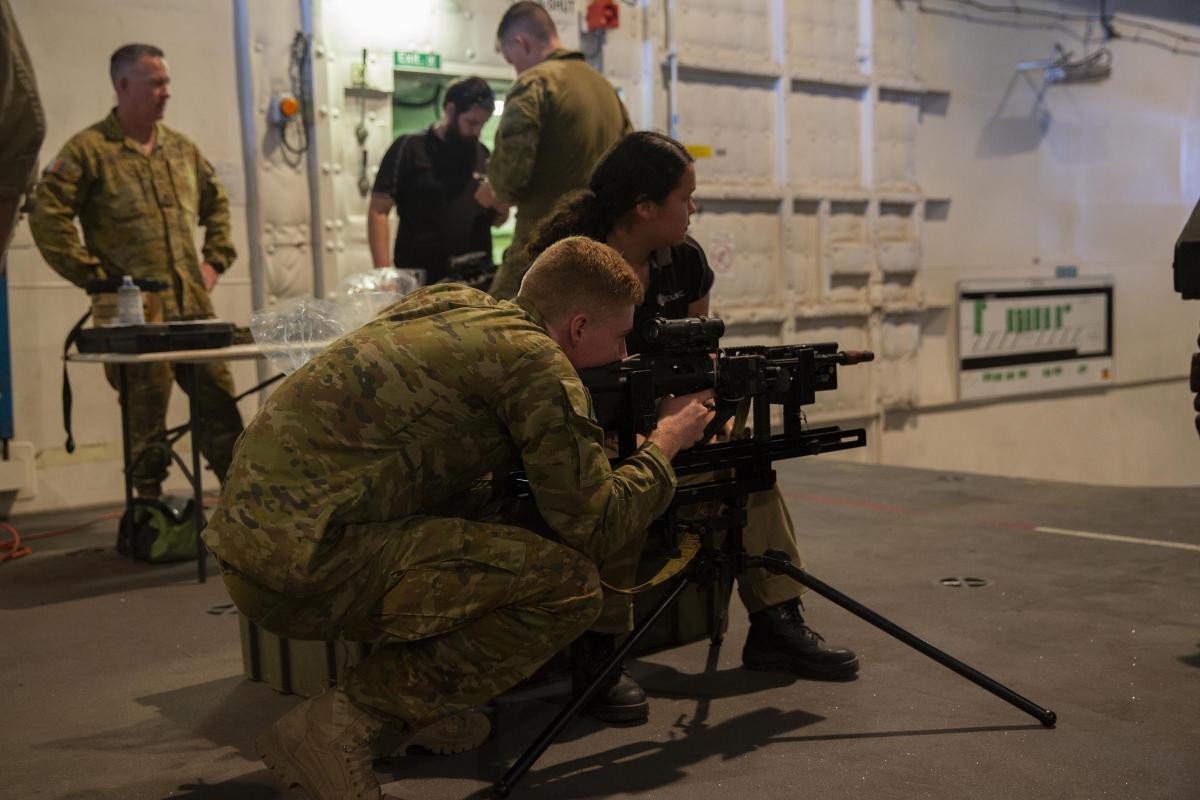 Cubic Defence Australia employees calibrated weapons on board HMAS Adelaide ahead of a large-scale amphibious assault at Langham Beach, Queensland.

The team sighted the systems that were fitted on small arms for the amphibious battle group. It allowed soldiers to fire lasers and for their accuracy and effect to be measured on sensors worn by the other troops.

The operators can shoot, be shot, see accuracy rates and determine firing lines.

Every four seconds, a ping tracked everything from ground speeds to engagements, which was relayed back to an exercise command centre where a team of analysis experts captured and recorded all the events.

“For Talisman Sabre, that means Forces Command can see how the forces are working together because we can give them a holistic analysis,” Mr Ouwinga said.

“We are able to capture and identify mission-essential tasks stipulated by each of the training organisations of what it is that they want to achieve.

“And the operators can shoot, be shot, see accuracy rates and determine firing lines.”

After finding her sea legs, audio-visual analyst Celine Wood said the experience of working on board Adelaide had been positive.

“It’s definitely really exciting, aside from the seasickness on day one,” Ms Wood said.

“The experience has given me a perspective on what it is the soldiers and sailors do; it gives you more respect for them and an understanding of how they feel, so you see them as individuals more than just numbers.”

Cubic liaison officer Major Pat McErlean, of the Combat Training Centre, said Defence had a long relationship with the company.

“This is a very important part of Talisman Sabre because it allows Army to understand the mechanics of the manoeuvres as they unfold in a real-time environment,” Major McErlean said.

“My understanding is that Cubic are at the forefront of this technology, which is only getting better and better.”

This article was published by the Australian Department of Defence on July 26, 2019.