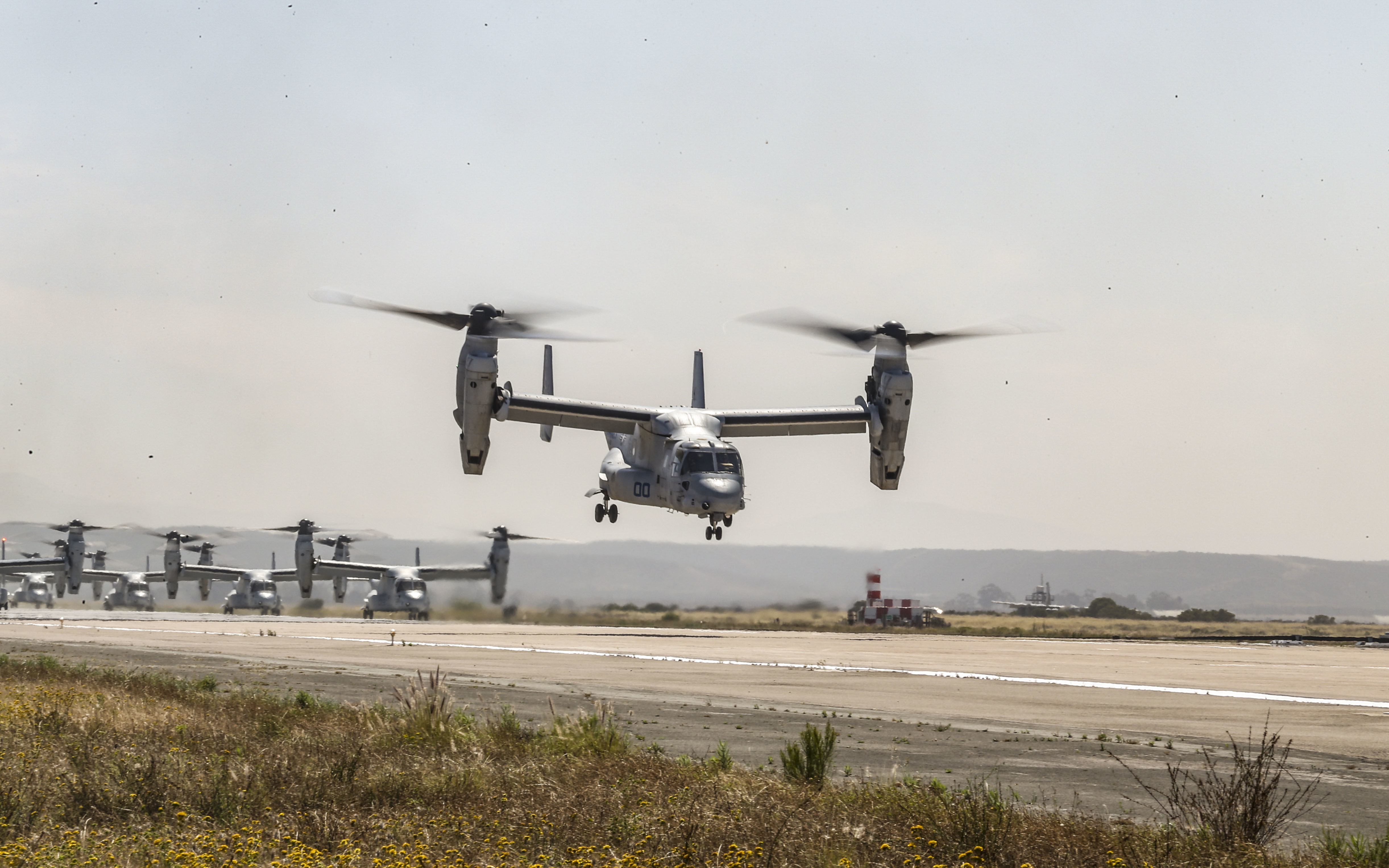 Although the Osprey has become a globally deployed aircraft, the supply chain has not.

This is crucial as we move forward into an era of regionally specific crises involving peer competitors.

It will not just a race to get that Fed Ex delivery from the US through foreign customs, it will be about adversaries deliberately focusing on disrupting our supply chains.

And having the parts needed to maintain operational. aircraft through a crisis, will be a core requirement, not just a nice to have capability.

The recent interview with Major Paul M. Herrle,  head of MALS-26 which is part of MAG-26, argued that is increasingly crucial to have an integrated sustainment system and one, which could flow parts to a globally deployed force as well.

A recent masters thesis by Jacob P. Jones published in December 2018 and done within the Naval Postgraduate School program provided an overview on the challenges facing the Osprey supply chain system. He did so from the standpoint of taking modern notions of supply chain management and comparing the theory against the practice as seen from data which he analyzed with regard to Osprey deployments.

He highlighted the challenge as follows: “Due to the distributed nature of current naval forces, challenges supporting individual elements has increased. Logistics structures centered on supporting the carrier strike group are becoming antiquated as forces operate in a more dispersed fashion, growing the number of elements needing logistical support….”

After his analysis of data from a corps USMC Osprey squadron he reached the following conclusion:

Overwhelmingly, the supply chain did not behave as an agile network, adjusting and adapting to the needs of VMM-264.

After analyzing a 92-day period, the supply documents reported on the AMSRR conveyed a supply network that was reliant on supply nodes located within the continental United States.

Highlighting “BA” Not Mission Capable Supply (NMCS) parts the research showed that 71.3% of the requisitions were sourced from the continental United States, while DLA Europe Germersheim, Germany (SDQ), sourced only 0.19% of the requests.

None of the PMCS parts were sourced from DLA Europe or other European distribution centers. “AS” coded parts shared comparable results. “AS” NMCS and PMCS sourcing activities accounted for 83.4% and 72% of the components forwarded from the United States.

None of the parts initially given a status code of “AS” were sourced within the European theater of operation.

If this approach is taken with the F-35B or the new CH-53K, the inability to support the 21st century ACE will be enhanced.

It is time to deal with the global sourcing problem head on.

It is a basing, sourcing and structural issue; not an act of nature.

Rather than GAO writing continuous reports on parts shortages, it would be much more useful if the Department put together a structure that is congruent with how the 21st century force operates, rather than one that feeds the US based depots.

The thesis can be read below:

MAG-16’s commitment of operational excellence and lethality was demonstrated in a mass flight, which featured more than 40 aircraft.