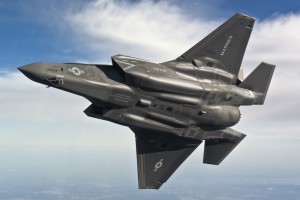 I would argue that the US and its allies are not so much facing a great power competition. I would refer to it as a global contest between 21st century authoritarian powers and the liberal democracies.

And on each side of the competition there is significant cross learning going on. With regard to the authoritarian powers, Russia, China, Iran, Turkey, just to mention the most prominent they are clearly playing off of each other’s policies challenging the democracies and, in some cases, actively collaborating,

With regard to challenging the democracies, these authoritarian states are using what some in the West refer to a “whole of government policies” or in other words, using a very wide range of tool sets to try to disrupt an dominate

It is clear that the democratic powers need to find ways to expand their own tool sets to respond, including capabilities such as offensive cyber operations.

One clear line of difference is the reliance of the authoritarian militaries on hierarchical decision making versus the potential for Western militaries to shape a much more flexible, distributed force.

But for the Western forces to do so will requires a significant change beyond the legacies of the land wars.

In the land wars, which have been intensive from time to time but are largely slow mo war from a strategic point of view. The West has shaped rules of engagement which create a very hierarchical C2 system.

The new video technologies and new communications systems have been shackled by a centralized command structure.

And if this template continues, the West will lose a significant advantage which new technologies will allow.

This is why analysis of military technologies can never stop with an analysis of technologies, but must look to concepts of operations, training and the system of authority which militaries are built around.

An interview which I did some time ago with Robert Evans, formerly of Northrop Grumman and now with Cubic Corporation highlighted what the technology built into the F-35 could unleash in terms of C2.

Formations of F-35s can work and share together so that they can “audible” the play.

They can work togethe, sensing all that they can sense, fusing information, and overwhelming whatever defense is presented to them in a way that the legacy command and control simply cannot keep up with, nor should keep up with.

If warfighters were to apply the same C2 approach used for traditional airpower to the F-35 they would really be missing the point of what the F-35 fleet can bring to the future fight.

In the future, they might task the F-35 fleet to operate in the battlespace and affect targets that they believe are important to support the commander’s strategy, but while those advanced fighters are out there, they can collaborate with other forces in the battlespace to support broader objectives.

The F-35 pilot could be given much broader authorities and wields much greater capabilities, so the tasks could be less specific and more broadly defined by mission type orders, based on the commander’s intent.

Collaboration is greatly enhanced, and mutual support is driven to entirely new heights.

The F-35 pilot in the future becomes in some ways, an air battle manager who is really participating in a much more advanced offense, if you will, than did the aircrews of the legacy generation. What Evans identified was a potential inherent within the F-35 which can be delivered by the integrated combat systems on the aircraft which can not only create data fusion but a very different decision-making system, one able to operate very effectively and comprehensively at the tactical edge.

But this advantage built into the aircraft will simply not be realized if the older templates of decision making are pursued; and this will be doubly a challenge if this happens as the authoritarian states are building strike in mass directed by hierarchical decision making as a key way ahead.

This will not happen by itself and requires a very different approach to C2 and building out from this approach to capturing the technologies which will accelerate this potential strategic advantage as well.

The F-35 with its DAS systems and its integrated approach for a man-machine system to managing data and to establish a very different approach to reversing the relationship between C2 and SA, whereby decision making at the speed of light gets enhanced by man-machine capabilities on board the aircraft informed by data coming into the network is laying the foundation for a broader revolution.

But this revolution can be enabled by the technology but will not happen unless the services and the allies embrace it and shape new distributed decision-making templates.

The global fleet of F-35s lays a solid foundation for engaging a broad coalition of liberal democratic military powers to contribute to shaping s new template of decision making and distributed concepts of operations.

Fighting at The Speed of Light: Making it All Work