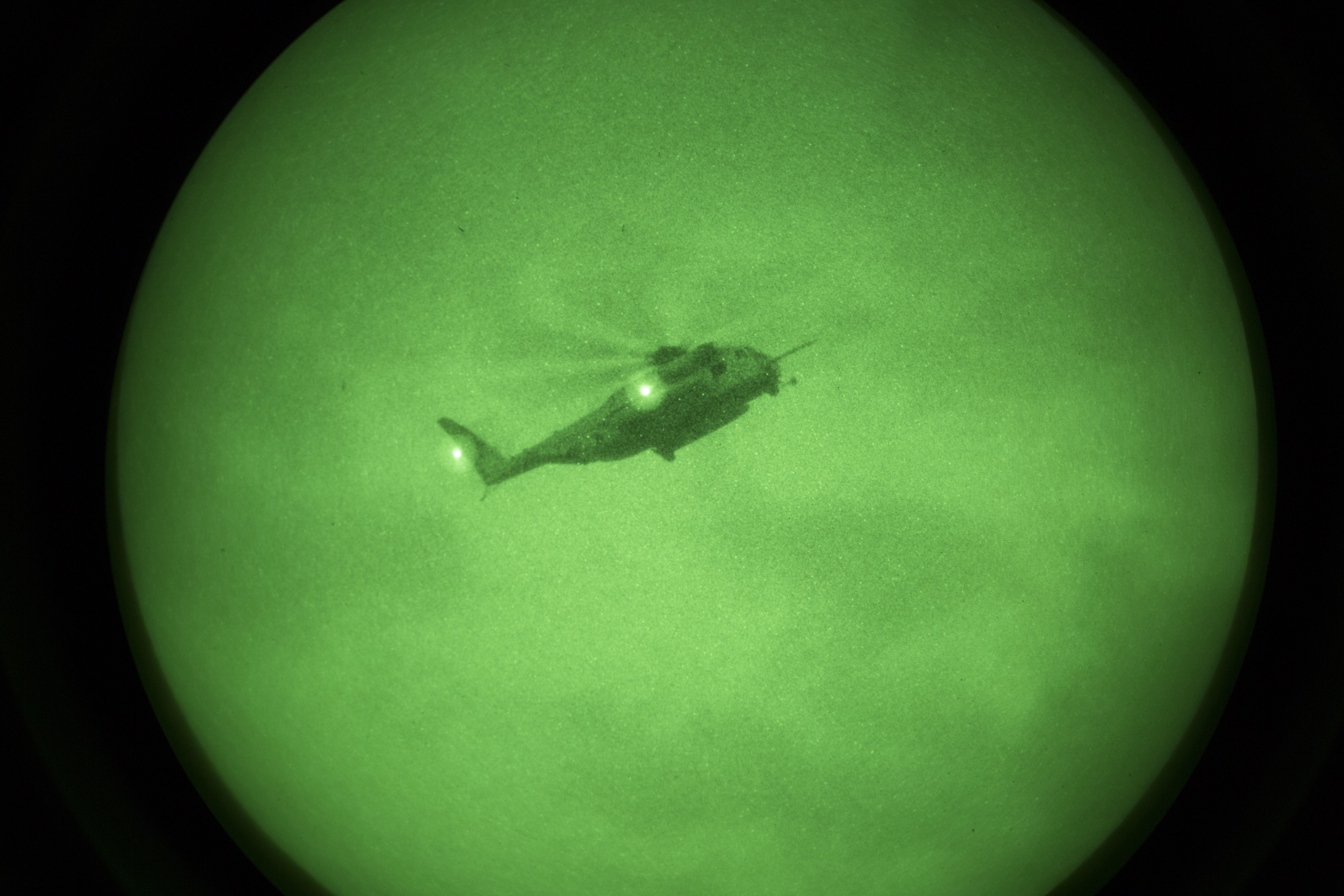 As I have noted earlier, the CH-53K is the next major USMC air platform, which reflects a 21st century development, build and support process.

The aircraft is a digital aircraft and has been designed with supportability built into the aircraft. The software upgradeability of the aircraft allows for an open-ended modernization process and one which allows the aircraft to cross learn with other combat platforms, such as the F-35.

Indeed, the screens in the aircraft are configured to swap out functions and to provide data to the specific mission set which is being prioritized in a particular combat situation.

A digital aircraft is not a mechanical aircraft; and preparing for how best to sustain the aircraft is a key part of getting the full combat advantage out of the aircraft. Notably, the strategic goal is enhanced aircraft availability to support combat operations.

The NAVAIR and the USMC have been preparing for the coming of the CH-53K in part by modifying how the services support the CH-53E.

A recrafting of the support regime for the E has been put in place anticipating the arrival of the K.

Earlier this year, I visited the Sikorsky facilities in Connecticut to focus on the maintenance and sustainability aspects of the H-53 aircraft.  During that visit, I met Pierre Garant again, whom I first met several years ago when I first worked on USMC logistics and support.

Garant was a key member of the Deputy Commandant of Aviation’s team working logistics and sustainability for the air arm of the USMC.

Pierre has 36 years of leadership experience in the field of aviation.  He held a number of leadership positions in the U.S. Marine Corps, highlighted by his tenure as the Director of the Aviation Logistics at Headquarters (Pentagon) Marine Corps Aviation as a Marine Colonel.

Following his 26-year career in the Marine Corps, he was the Director of Support at Bell-Boeing for the V-22 (Osprey) Tilt-Rotor Aircraft Program before joining Sikorsky in 2013.  He holds a BA from Cornell University, an MS from University of Southern California and an MS from the National Defense University.  Along with his academic degrees, Pierre holds many military decorations and professional certifications.

According to Garant, Sikorsky working with NAVAIR at Pax River have developed a Fleet Common Operating Environment – or FCOE – database and analytics toolset to support CH-53E operations.

“It is our government version of the Sikorsky proven Customer Care Center we employ to support our commercial helicopter fleet.  The goal is the same, namely to understand the performance of the aircraft in the real world to create readiness and cost reduction type opportunities for the fleet.”

The establishment and operation of the FCOE capability has paved the way for the creation of an expanded performance-based logistics (PBL) business model and contract between Sikorsky and the government to support the H-53E.

“With the opportunity to use an agreed-upon database and toolset, the FCOE, we have the ability to measure the discreet level of how we can create aircraft availability.  For example, when we change the logistics posture and supply response time for a gear box, we will also be able to demonstrate to the government that we generated a measurable amount of aircraft availability because we improved one part. Once we do that, we earn increased incentive on the contract in addition to meeting supply response times.”

A key point is that this shift on supporting the E is coming on line as the K is about to enter the force. This means that a changed organizational behavior is being crafted prior to the K entering the fleet, and would form the base-line going forward, rather than having the traditional legacy parts support approach.

According to Garant, the approach being taken with E support can also serve as the foundation for the K support enterprise and could also be a model for change in the entire approach to supporting naval aviation.

“The approach is changing organizational behavior and empowering the contractor to seek more influence and take more responsibility as an integrator for aircraft readiness or aircraft availability.”

Garant concluded: “By creating the expanded business approach enabled by a common data system and toolset, we have the possibility to transform the enterprise and to get the focus on what is crucial, namely enhanced aircraft availability.”

Sikorsky Aircraft, a Lockheed Martin company has been awarded a performance based logistics (PBL) contract with a value of $717 million over a 4-year Period of Performance by Naval Supply Systems Command (NAVSUP), Philadelphia.

The contract will provide supply and logistics support to the entire fleet of in-service CH-53E Super Stallions (USMC) and MH-53E Sea Dragon (USN) Helicopters. The H-53E is a battle proven heavy-lift helicopter continuing to support the U.S. Marine Corps and Navy in missions at home and around the world.

As the Marine Corps’ heavy lift-helicopter designed for the transportation of heavy material and supplies, the CH-53E Super Stallion is compatible with most amphibious class ships.  With four and one half hours’ endurance, the helicopter can move heavy equipment over rugged terrain in bad weather and at night. The MH-53E Sea Dragon fills the US Navy‘s need for long-range minesweepingmissions, in addition to heavy-lift duties. The H-53E has consistently proven its worth to the Fleet commanders with its versatility and range.

The PBL contract will provide the vital and affordable support to the entire fleet – expanding a reliable base of long-term sustainment as the aircraft continue to fully operate until the introduction of the replacement aircraft, the CH-53K King Stallion.

“In addition to positively sustaining an aging fleet with enhanced support, we are also very excited about laying the foundation toward a similar support model for the CH-53K early on in that program,” said Garant.  “The aim is to leverage our current successes and the world-class tools we employ today toward creating an affordable and smart construct for the CH-53K as early as possible in its life-cycle.”

The purpose of CORTRAMID is to expose students to opportunities in the Fleet Marine Forces and generate an interest in a Marine Corps commission. (U.S. Marine Corps photo by Lance Cpl. Ashley D. Gomez)