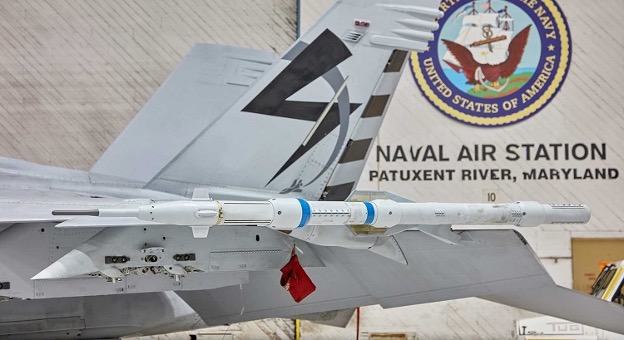 Designed by Collins Aerospace and Leonardo, the TCTS Inc II was approved for production by USN’s PMA-205 Aviation Common Systems and Commercial Services program office. Looking like an air-to-air missile with the fins, the TCTS Inc II is a scalable open-architecture system that can provide secure air combat data between US combat aircraft.

“This is an exciting time for the program and the Fleet as we start production on the next Tactical Combat Training System,” PMA-205 program manager, Capt Lisa Sullivan said in a NAVAIR release. “The Navy, Marine Corps, and Air Force all identified a critical need for a common, encrypted, and multiple-level security range training system, and PMA-205 will be delivering TCTS Inc II to meet those requirements on schedule.“

The system is expected to achieve an initial operational capability (IOC) in 2022.

This article was written by Andrew McLoughlin and published by ADBR on July 7, 2021.